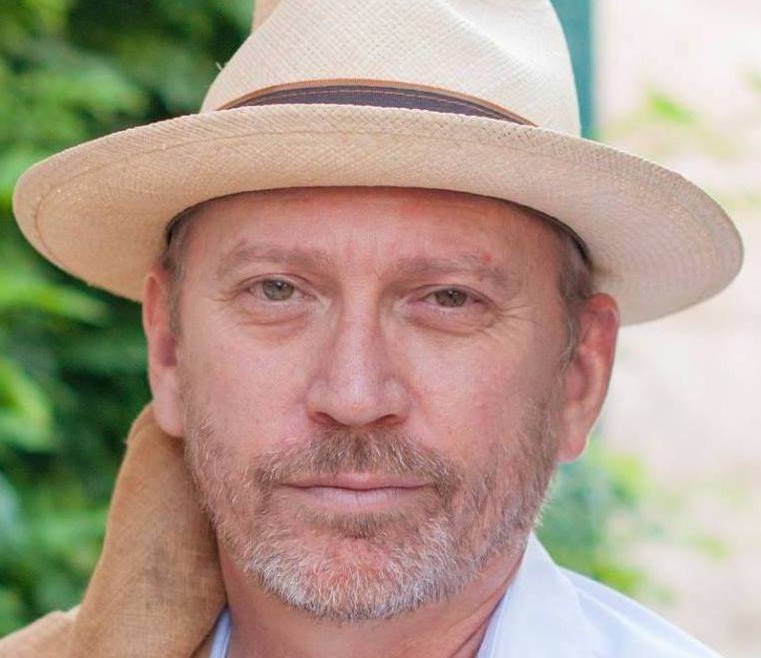 SPME recently sat down with Professor Gabriel Brahm an Associate Professor of English at Northern Michigan University and a research fellow with SPME  who attended an anti-Israel conference at Exeter University entitled,  Settler Colonialism in Palestine & Workshop on the Naqab Bedouin to hear his impressions and learn about his motivation to attend such a gathering.

SPME: Were/Are you able to raise enough questions within individuals (like Pappe) on the hard left to cause them to see the other side/narrative?

GB: Obviously our mission was never to persuade Ilan Pappe to accept a Zionist narrative. On the contrary, our job as scholars was to juxtapose our own academically credible point of view, because we believe it’s supported by evidence. That said, we planted seeds of doubt, yes–I believe so–among those in attendance, whether they would admit to this or not. It was evident at times in their consternated looks, hesitant replies, and anxious resort to pat formulas, knee-jerk responses, and clichés when they had no good answers–we raised good questions they may or may not have proper answers to. I think people who get used to speaking exclusively to audiences of nothing but people who agree with them get overconfident from living in a kind of bubble, and we reminded them of that–shook up that confidence–by virtue of our presence and participation as emissaries from outside their anti-Israel bubble. Besides, it’s important to stand up for the truth no matter what! Even when all are against you, what’s right is right. I’ve devoted my life to academic work in the humanities and social sciences, so I don’t like to see what should be spaces of inquiry converted into zones of dogmatism. I’d rather that somebody stand up and say something. We did.

SPME: What are differences between Europe and North America with regard to such conferences?

GB: Well, for one thing, the Jewish Leadership Council in Britain was very good in this case about being forward-looking and visionary in asking for an arrangement that allowed for some sort of dialogue. As you know, college campuses can be dreadfully “pc” (politically correct) places, and that can mean anti-Israel sentiments are normalized as part of the ensemble of permissible opinion in a climate of opinion that’s in effect hostile to freedom of thought. In such a corrupt environment, it can take a special effort sometimes for common sense and common decency to make themselves heard on any subject–including Israel. For once, not only did we make ourselves heard but, partly as a result, Exeter will host another conference later this year, one designed to bring to light the fact that Israeli history is far more complicated than Pappe’s monolithic one-size-fits-all “settler colonial paradigm” admits. For one thing, Israel is now, more than ever in some ways, what it always was: a progressive cause. And that will be stressed in future encounters, I’m sure.

SPME: Is this the way to combat pro-BDS conferences?

GB:I for one believe that it is one of the ways. And a crucial one at that. If this case became a precedent, there might not be as many strictly “pro-BDS conferences” anymore because the norm would start to be that, at least if you are purporting to cover a topic in an academically respectable way, then you provide some sense of the actual range of scholarly views on the subject. There is a ton and a half of solid history, political theory, cultural criticism and so on out there that easily refutes any sort of attempt at demonization of the Jewish state! Those with other ideas and supposedly sophisticated “postcolonial” theories that purport to challenge such scholarship ought to at least engage with that knowledge-base responsibly, to let everyone see if they can prove their point or not. As Justice Louis D. Brandeis said, “sunlight is the best disinfectant.” That was never more true than when the patient is sick with a bad case of politically correct, ideologically driven, possibly even bigoted anti-Zionism.

Look, bottom line, I coedited a book called The Case Against Academic Boycotts of Israel–so I’m for academic freedom and against boycotts. I’m not so naive as to believe that Pappe and company won’t try to boycott Israel if we who support Israel show that we don’t boycott them in this case–but at least we are the ones being consistent, and the world can see that. I hereby call on Ilan Pappe and all of his followers to reject BDS, following the principle of reciprocity: freedom of scholarly inquiry applies to everyone, not only you!

SPME: Why give such a biased conference oxygen? Doesn’t it give them more credibility?

GB:I doubt it very much. First of all, the controversy had already started before we got there. Second, our arguments detract from their legitimacy, for anyone with ears to hear. Think about it. Who nowadays has more notoriety internationally on the subject of Israel’s supposed “ethnic cleansing” of Palestinians in 1948–me or Ilan Pappe? It’s Zionism that’s getting a bad rap on college campuses these days. If we put our heads in the sand and pretend that people like Pappe, Lorenzo Veracini, and Marcello Svirsky (who were also in attendance), or Judith Butler, Saree Makdisi and others of their ilk, are going to just disappear if left alone, then we’re the ones who are going to be needing the oxygen. It is dangerous nonsense, indeed, to think that if we simply ignore anti-Zionist ideology presented as scholarship it will go away. It won’t. It hasn’t, has it?

Instead, we must mount an urgent campaign to engage in the discussions that shape the discourse regarding Israel on campus and civil society at large. What we need now is a new “critical Zionism,” a scholarly response to demonization, delegitimization, and vindictive one-statism that can actually help move things forward toward a desperately needed “new peace,” grounded in full recognition of the Zionist project’s historic and ongoing achievements. It’s time for a paradigm shift, in other words. And that means documenting the accumulated anomalies plaguing the currently regnant Third Worldist paradigm that takes Israel as the epitome of all that is supposedly “wrong” with Western Civilization, showing why that dated old “New Left” stuff serves no one’s interests who believes in freedom, equality, human dignity, and self-determination for all.

SPME: Are there any notable differences between the Exeter conference and the one at Southampton University? Would you have acted the same regarding your participation?

GB: I didn’t have anything to do with Southampton either way but my understanding is that it was something more extreme and unsavory. There is no “clear bright line” for deciding when to participate and when to instead say, “this is over the edge.” I wouldn’t debate Holocaust deniers. But I wouldn’t expect to see a Holocaust deniers’ conference put on, for the obvious reasons that it’s unscholarly if not criminal. Short of that, or something analogous, we’ve got to take things case by case. Wherever it’s a matter for scholarly debate, there we ought not cede the field preemptively, in my view. For that way we just keep losing by default.

SPME: What are the red lines regarding participating such conferences and when is it beyond the pale?

GB: That’s a judgment call. Unscholarly defamation and manifest antisemitism are out. Latent antisemitism, I’m afraid, if we tried to rule that out–much as you or I might like to–there wouldn’t be much left of politically correct academia. So, until we manage to do something–slow and steady, over time–about countering the deep underlying problem of the moral and intellectual bankruptcy of the anti-intellectual postcolonial “Western guilt trip” pervading our universities, we’re just going to have to look and see where we think we can intervene effectively in order to start to rectify the discourse little by little. In the case of Exeter, I hope we set a precedent that Zionist voices cannot be silently excluded when a topic pertaining to Israel is misconstrued and we have something to say on it. I hope that becomes the model for a more inclusive conversation on the academic left. Again, Israel is a progressive cause! That’s my message.

SPME: What are the lessons learned going forward?

GB: Don’t listen to those hanging around at the margins of academia who proclaim it a “waste of time” to engage in discussion of Israel from a progressive point of view. Nothing could be further from the truth. Such people don’t know how academia works, or why it’s so important to keep our voices in the mix, or what Israel really means in world history for that matter. We don’t need to dominate every discussion for it to be worth our while over the long term and in the big picture. What we must do is put an end to the days when the postmodern anti-Israel crowd were able to kid themselves into thinking that Zionist scholars could be ignored while claiming to deal with Israel in a credible way.