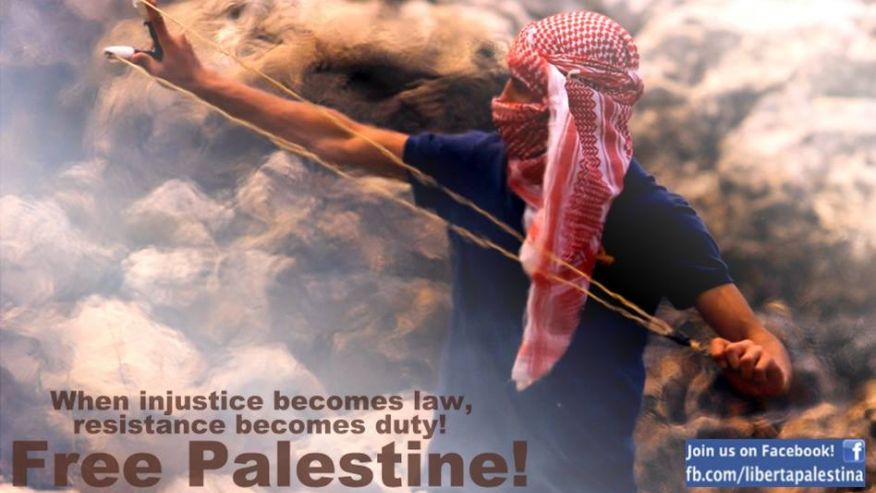 In the aftermath of UCLA’s failure to condemn the student government candidate “ethics statement” against pro-Israel trips, seven organizations devoted to Jewish civil rights “(demanded) the Regents, President Janet Napolitano and UCLA Chancellor Gene Block, intervene in the bullying and intimidation tactics of UCLA’s Students for Justice in Palestine (SJP)” according a press release from the AMCHA Initiative. the press release states, “A letter from AMCHA Initiative, the Institute for Black Solidarity With Israel, the Lawfare Project, Scholars for Peace in the Middle East, the Simon Wiesenthal Center, StandWithUs and the Zionist Organization of America was delivered at the meeting.”

The groups highlighted that “SJP members recently launched a campaign calling for the investigation of student council members who have taken trips to Israel sponsored by Jewish organizations.  SJP also demanded that candidates for student government positions sign a statement pledging that they will not go on any trip to Israel sponsored by three Jewish organizations. According to campus sources, the SJP campaign is a reaction to its failed attempt to get the student government to endorse an anti-Israel divestment resolution last February.”

In response to UCLA’s decision to leave the matter to the students, the organizations responded strongly:

“This is an outrageous and impermissible violation of students’ right to free expression, their right to free association and their fundamental right to travel and move freely,” wrote the groups.  “The SJP cannot be permitted to infringe on any student’s personal liberties and freedoms, or to bully students into not associating with certain Jewish groups that are dedicated to building love and support for Israel. The SJP’s motive is clear: to manipulate the composition of the student government so it is filled with anti-Israel activists who support the SJP’s hateful agenda.”

“First, this is sheer hypocrisy.  Where is the pledge requiring students not to visit Israel or, any other country for that matter, with Palestinian, church or mosque groups?  Second, what about a pledge to terminate SJP’s own unabashed attempts to manipulate the student government by filling it with pro-Palestinian activists?  This group’s latest efforts underscore the anti-Jewish harassment, intimidation and bullying that are the hallmark of Students for Justice in Palestine,” said AMCHA cofounder Tammi Rossman-Benjamin, who coordinated the letter and spoke on behalf of the groups at the Board of Regents meeting according to the statement.

As TruthRevolt has reported, the anti-Israel trip the Olive Tree Initiative was absent from the “ethics statement” put forth by SJP.

The press release also featured a student complaint and allegations of bullying:

“In the aftermath of the ASUC’s rejection of an anti-Israel divestment resolution authored and promoted by SJP, members of that organization engaged in what one Jewish student leader called “hate speech against the Jewish community” and a campaign of  “cyberbullying toward both the Jewish community and council members that voted against the resolution,” describing how some anti-divestment students feel uncomfortable walking on campus because of hate mail they receive.  According to the student, “Rather than dealing with their frustrations as a result of failure of the resolution, members of SJP continue to target their anger at the Jewish community.”

“It is no surprise that UCLA-SJP’s events and campaigns have resulted in Jewish students feeling personally attacked, threatened and unsafe,” said Rossman-Benjamin to the Regents.  “The organization’s very mission, with its promotion of anti-Israel BDS campaigns which are part of a large international movement to demonize and delegitimize Israel, are in reality a call for the elimination of the Jewish state, rhetoric which is considered anti-Semitic by the US Department of State.”

The student organization also has ties to groups that call for Israel destruction and the organizations noted that “UCLA-SJP is a member of National SJP, which gets support and direction from American Muslims for Palestine and Al-Awda: The Palestine Right to Return Coalition, two organizations that opposed Israel’s right to exist, condone armed violence and support terrorist groups responsible for the genocidal murder of Jews.”

The press release also spotlighted how SJP’s behavior is considered harassment by UCLA:

AMCHA and the groups also highlighted that SJP’s actions violate the UCLA Principles of Community which state, “We do not tolerate acts of discrimination, harassment, profiling or other conduct causing harm to individuals on the basis of expression of race, color, ethnicity, gender, age, disability, religious beliefs, political preference, sexual orientation, gender identity, citizenship, or national origin among other personal characteristics.”

SJP’s attempt to prevent pro-Israel Jewish students from having equal access to positions in students government also violates Section 102.11 of UCLA’s Student Conduct Code, which prohibits harassment, defined as “conduct that is so severe and/or pervasive, and objectively offensive, and that so substantially impairs a person’s access to University programs or activities that the person is effectively denied equal access to the University’s resources and opportunities.”

“SJP is the only university-funded student organization at UCLA whose very mission targets an ethnic minority for hatred and vilification and whose activities routinely harass, intimidate, threaten and seek to silence members of that ethnic minority on campus,” wrote the groups.  “As leaders of UCLA, you have a duty to stop the SJP’s acts of wanton discrimination, harassment and bullying, and its deliberate interference with students’ rights and freedoms.  We call on you to protect the safety and well-being of Jewish students at UCLA and hold SJP members accountable for their shameful misconduct.”