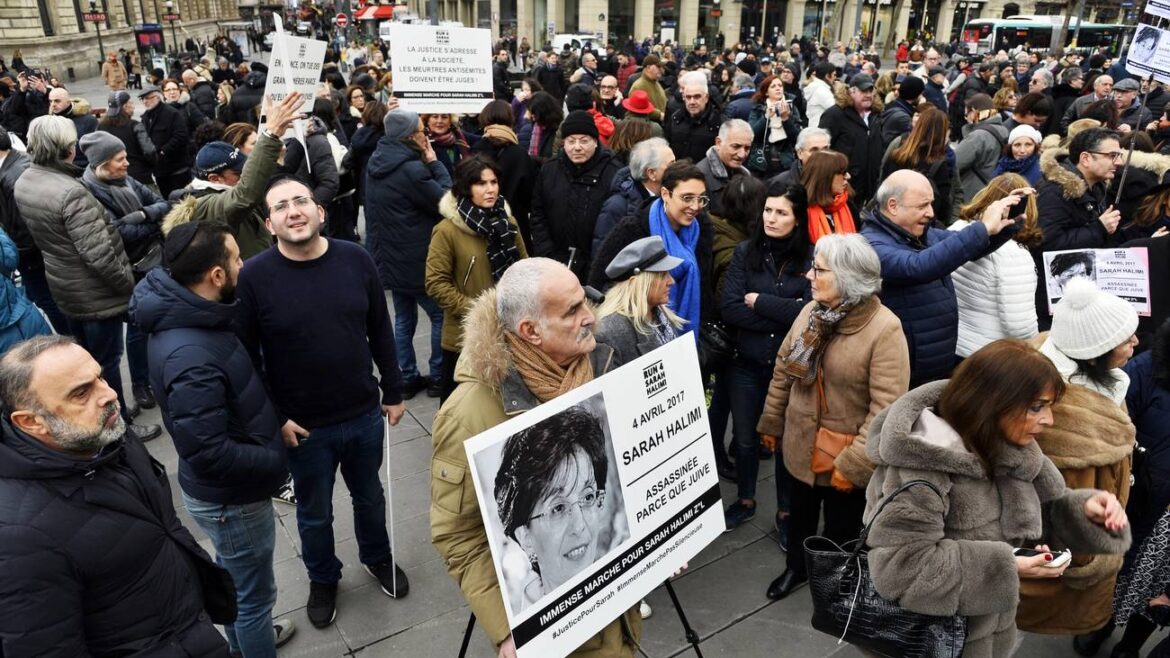 Everything about this case is heartbreaking.

The fate of a retired kindergarten teacher, beaten and then thrown from a window.

The evasiveness about whether a murder committed to cries of “I’ve killed the devil!” was or was not an anti-Semitic act.

The silence of the feminist groups that typically do such remarkable work in support of battered women and victims of domestic abuse, but who had nothing to say about this case.

The December 2020 decision of the court of appeals, confirmed by the high court on April 17, that Kobili Traoré, the killer, whose criminal record contains 20-odd convictions, was, in this instance, overcome with a delirious episode and thus could not be held criminally responsible.

Not to mention the good souls who, clearly perceiving that the courts have spoken but justice not done, keep repeating that they “understand the feelings of the Jewish community,” as if it were the latter alone, and not the French nation as a whole, that had reason to feel cheated by a trial that was whisked away, making it impossible to reach closure.

In the face of this legal and moral defeat, I offer three observations.

First, since judges are ordinary mortals, subject to prejudice, errors of judgment, and even emotion, it is not inappropriate, contrary to ubiquitous assertions to the contrary, to “comment on a court decision.”

Indeed, the derailment inflicted by the high court is revolting.

Indeed, we live in a country, France, where a man who throws his dog from his fourth floor is sentenced to a year in prison, whereas if he murders an old Jewish woman, he may face no consequences whatsoever.

Indeed, it is worrisome to know that the murderer, who had no history of psychiatric problems, who suffered and suffers from no pathology, and who, since his hospitalization, has received no medication, will soon regain his freedom.

And, no, it is not inappropriate to worry about the state of a legal system that is too often the prisoner of the culture of excuses: In Sarcelles, we witnessed the inability to call by its proper name the act of an individual armed with a knife who attacked three people leaving a synagogue wearing yarmulkes.

Second, it is true that the high court is charged with judging not the substance but the legal form of the cases that come before it.

But this does not mean that the court is made up of robots.

It is not true, as has been repeated endlessly in an act of bewildering masochism, that its role must be limited to verifying the conformity of a legal decision with the present state of the law.

The high court could have perfectly done here what it does all year round and gone beyond a narrow interpretation of the statutes. It had the right to comment on the silence of a statute that fails to distinguish between a “delirious episode” and “insanity.” In other words, it could have raised the question of the vagueness of the law and, keen to avoid confusing legal irresponsibility with moral impunity, decided as follows:

“We certainly do not pass judgment on mental patients, for it is understood that someone whose judgment is impaired by insanity is not legally responsible, but what of someone who is not insane? What of a jihadist who takes Captagon, an amphetamine to summon up the courage to carry out a terrorist act? What of a subject who, by ingesting a substance known to lower inhibitions, himself contributes to his neuropsychological disturbance?”

In so doing, the high court would have sent the accused back to a new examining magistrate who probably would have recommended a new trial.

And in so doing, I repeat, it would have done what it does all the time, something known as “jurisprudence.” It does it when it intervenes, through its opinions, in labor law; it does it when it recommends the amendment of the terms of self-employment of Uber drivers; it is a creative source of law when it looks into major financial infractions such as money laundering. Why should it fail to take the initiative in the face of the clear risk of legal confusion—and, thus, of injustice—present in this case?

Third, when a statute is flawed or unsuitable, or when it no longer leads to wise decisions, it is the mark of a democracy’s greatness to take on the task of reworking it.

And that is why, confronted with the increase in anti-Semitic acts that everyone agrees are often nothing more, by definition, than “deliriums,” the fruit of “delirious episodes” and “impaired judgment,” it is the place of the legislature to begin debate toward giving the judiciary—and the sovereign people—what they need so they no longer have to pass the buck to psychiatrists.

That is what President Macron has proposed.

That is what the government spokesman, Gabriel Attal, is suggesting when he declares that drug consumption should not be a license to kill.

And that is what certain representatives and senators have in mind in proposing a clarification of Article 122­1 of the criminal code to draw distinctions among the various causes of impaired judgment that lead to a crime.

To achieve this, do we need the statutory amendment sought by France’s attorney general to “restore confidence in the legal system”?

Or do the seriousness of the stakes, the pressing need to respond to the acts of anti-Semitic and racist killers, even those intoxicated by drugs, or identitarian cult leaders, or Salafist imams, call for specific new legislation?

I am inclined toward the second solution.

And, even if the new legislation will not make it possible to render retrospective justice to the victim of this latest hate crime, I suggest calling it Sarah Halimi’s Law.

Translated from the French by Steven B. Kennedy.