Some Remarks on Holocaust Denial Penalization in Europe

The alleged Hitlerian gas chambers and the alleged   genocide of the Jews form one and the same historical lie, which permitted a gigantic financial swindle whose chief beneficiaries have been the State of Israel and international Zionism, and whose…

Arabic professor distributes map without Israel, then pencils it in half-assedly

On the second day of Arabic class, San Diego State University professor distributed a map that had omitted Israel and labeled the land mass where Israel is located as “Palestinian Territories.” The professor, Ghassan Zakaria, then redistributed the exact same map… 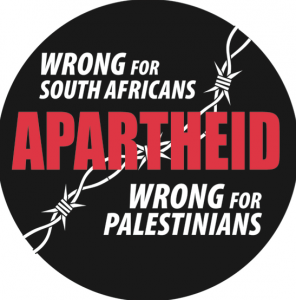 AMCHA Initiative, a national organization fighting anti-Semitism on college campuses, is taking the Board of Trustees of California State University to task over a CSU-Northridge mathematics professor’s use of the school’s name and resources to promote the boycott of Israel. In what could…

As both Jonathan Tobin and Jonathan Marks have previously written here, University of Pennsylvania political scientist Ian Lustick, author of a recent op-ed promoting the “one-state solution” and featured prominently in the New York Times, isn’t an outlier. To the contrary, American academe is full of Lusticks:…

LONDON – An Israeli student who challenged a British university for assigning an anti-Israel lecturer as her dissertation supervisor has received an apology and compensation after a ruling from independent investigators. In 2010, Smadar Bakovic from Neveh Ilan, west of…

When a recent report from the U.S. Department of Education’s Office for Civil Rights, dismissed claims that the university had failed to protect Jewish students from anti-Semitism on campus, many thought that it could create a watershed moment for Berkeley. …

The Depravity of the Anti-Israeli Left

One is tempted to leave Ian Lustick’s Sunday op-ed “Two-State Illusion,” alone. Its stench is so overwhelming that one might expect it to harm Lustick’s cause without the need for commentary. But because Lustick is a political science professor at the University…

With the start of a new school year, there’s reason to be concerned: Anti-Semitism is a serious problem on some college campuses, causing Jewish students to feel threatened and even fear for their safety. Yet the U.S. government is not enforcing… 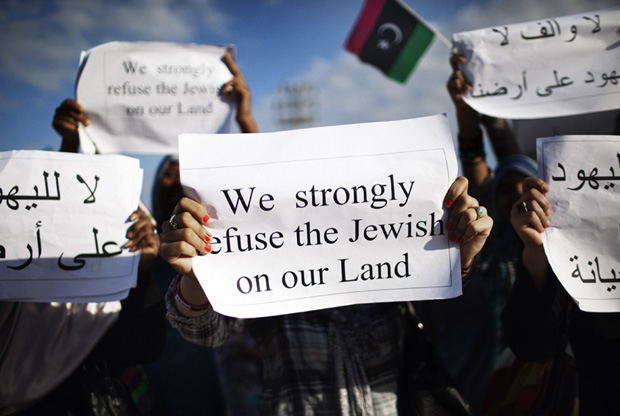 Why Literally Everyone in the World Hates the Jews, and What To Do About It

In many parts of the world, Jews are increasingly unwelcome in the 21st century. The number of countries in which wearing visibly Jewish clothing such as a kippa means risking physical violence has hit an all-time high. On both the…

The Obsession to fight the Jewish state – The binational option, from Martin Buber and Hannah Arendt to Micha Brumlik and Judith Butler

On September 9 and 10, 2013, the Center for Research on Antisemitism (ZfA) at Berlin’s Technical University, together with the huge German Foundation on “Remembrance, Responsibility, and Future”, which spends up to seven million Euros a year for events (and…