Why I Am Suing UCLA

I refused to discriminate against my students. Then the problems began. 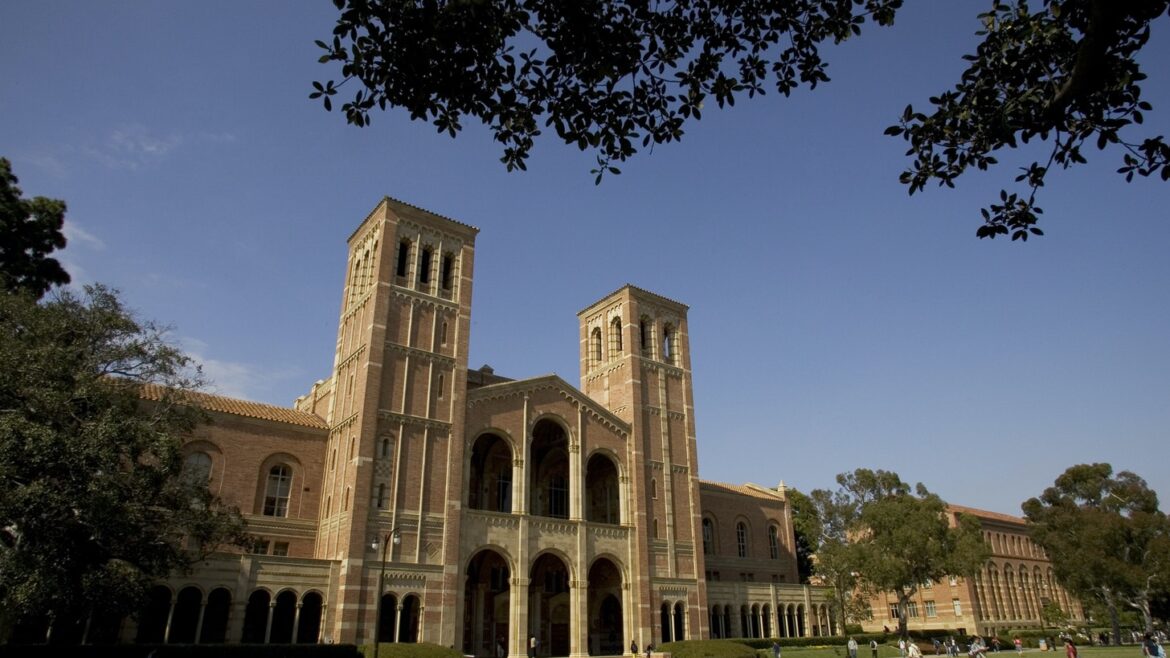 Recently, I was suspended from my job for refusing to treat my black students as lesser than their non-black peers.

Let me back up: I teach at UCLA’s Anderson School of Management, and I’ve been doing this for 40 years. I’ve taught 15 different courses, in finance, accounting and law. CNBC has had me on; I’ve been quoted in The Wall Street Journal.

My saga — which nearly led to my firing — began on the morning of June 2, 2020, when a non-black student in my class on tax principles and law emailed me to ask that I grade his black classmates with greater “leniency” than others in the class. “We are writing to express our tremendous concern about the impact that this final exam and project will have on the mental and physical health of our Black classmates,” the student wrote. (There was no project in this class, and it was unclear to me who the “we” in this case was. I suspected the student simply used a form letter he found online and neglected to change the subject.) “The unjust murders of Ahmaud Arbery, Breonna Taylor and George Floyd, the life-threatening actions of Amy Cooper and the violent conduct of the [University of California Police Department] have led to fear and anxiety which is further compounded by the disproportionate effect of COVID-19 on the Black community. As we approach finals week, we recognize that these conditions place Black students at an unfair academic disadvantage due to traumatic circumstances out of their control.”

The student then requested that the final be a “no harm” exam — meaning it should be counted only if it boosted one’s grade. “This is not a joint effort to get finals canceled for non-Black students, but rather an ask that you exercise compassion and leniency with Black students in our major.” (As I noted in my legal complaint, the student clarified, in a subsequent conversation with a university investigator, that he “intended that the requested adjustments apply to Black students and not the class generally.”)

To try to make his case, the student drew on UCLA’s “Equity, Diversity, and Inclusion” agenda, which directs professors to grant preferential “equity” to students belonging to “underrepresented groups.”

I wholeheartedly support these principles as most of us understand them. I think all human beings should be treated the same. I welcome — I celebrate — a diversity of opinions and arguments. And, to say the least, I believe in making room for anyone with the grades and gumption to study at one of the nation’s most competitive universities.

But academia has so corrupted these words that they are now hollowed out corpses devoid of their original meaning. Today, “diversity” means ideological homogeneity. And “inclusion” means the exclusion of some from a taxpayer-supported university to favor others deemed more deserving of an educational springboard to prosperity.

I have a law degree, and I’m pretty sure the university’s EDI agenda violates Proposition 209, the California Constitution’s prohibition against race-based preferences in public education. Voters enacted this decades ago and reaffirmed it, last year, at the ballot box. So, I opted to follow the state Constitution and my conscience.

Shocked by the student’s email, which struck me as deeply patronizing and offensive to the same black students he claimed to care so much about, I collected my thoughts and, 20 minutes later, emailed back: “Are there any students that may be of mixed parentage, such as half black half-Asian? What do you suggest I do with respect to them? A full concession or just half? Also, do you have any idea if any students are from Minneapolis? I assume that they are probably especially devastated as well. I am thinking that a white student from there might possibly be even more devastated by this, especially because some might think that they’re racist even if they are not.”

I wrapped up my reply by citing Martin Luther King’s vision of a colorblind world where people are judged solely by the content of their character — making it clear that I had no intention of treating any students differently on the basis of their skin color.

I thought this would do it and we’d move on with the class final and, just as important, summer break. I was naive.

By that evening, students were calling for my job. Soon after, they circulated a petition demanding I be fired; within a day or two, nearly 20,000 had signed — without knowing anything about me or taking into account, as far as I could tell, the implications of non-color-blind grading. I was attacked for being a white man and “woefully racist.” On June 5, three days after I was first emailed, I was suspended amid a growing online campaign directed at me.

It was around that time that I started to receive death threats on voicemail and email. One email, dated June 11, read: “You are a typical bigoted, prejudiced and racist dirty, filthy, crooked, arrogant Jew kike mother f**ker! Too bad Hitler and the Nazis are not around to give you a much needed Zyklon B shower.”About a week after this whole thing first blew up, there were police officers stationed outside my house. (It would take UCLA’s threat manager, Chris Silva, another ten days to check in with me to make sure I was okay.)

Anderson administrators were rattled, and for good reason. But not because of the fact that my life was now being threatened. The problem was Anderson’s reputation. It hadn’t granted an African-American professor tenure in decades. It had but a handful of tenured Latino professors. Black students made up about two percent of the student body. And men outnumbered women roughly two-to-one, leading many students to call Anderson the MANderson School of MANagement.

So, even though a university administrator made it clear the university could not take any action against me — on the grounds that there was no known cause for taking such action — Anderson’s Dean Antonio Bernardo took matters into his own hands. He apparently reasoned that a well-timed publicity stunt might distract attention away from the school’s reputation as an inhospitable place for persons of color — to say nothing of its plummeting rankings in U.S. News and World Report and Bloomberg Businessweek.

Without any deliberation I was aware of, Bernardo suspended and banned me from campus. Then, like a well-choreographed dance, the Anderson administration started attacking my character on social media. As I documented in my legal claim, on June 3, one day after I received the first email, the Anderson School’s Twitter account sent out a message: “Respect and equality for all are core principles at UCLA Anderson. It is deeply disturbing to learn of this email, which we are investigating. We apologize to the students who received it and to all those who have been as upset and offended by it as we are ourselves.” This implied I didn’t believe in equality for all — when that was exactly what I believed and continue to believe. Judson Caskey, who oversees the accounting program at Anderson, was tasked with monitoring my outgoing emails. I had been deemed radioactive.

I was confused and hurt. From the start, my whole point had been that all students, irrespective of skin color, should be treated the same. And now…this?

Fortunately, some rational voices came to my defense. UCLA’s Academic Senate’s Committee on Academic Freedom condemned Anderson’s administration for violating my rights and “chilling” other professors into not voicing unorthodox opinions. The university’s Discrimination Prevention Office declared that there was no there there — that the case did not warrant an investigation. On top of all this, 76,000 concerned individuals from around the world — from across the country and beyond — signed a petition demanding my reinstatement.

Less than three weeks after this whole thing blew up, I was reinstated. But this story is not over.

You see, most of my income comes not from teaching at UCLA but from consulting to law firms and other corporations. Several of those firms dropped me after they got wind that I’d been suspended — the better to put distance between themselves and a “racist.” That cost me the lion’s share of my annual income. The students involved in this escapade may have moved on to other causes. I have not. I’m not sure I ever will.

As a result, I have just filed a lawsuit against the University of California system. No employee should ever cower in fear of his employer’s power to silence legitimate points of view, and no society should tolerate government-sponsored autocrats violating constitutional mandates.

As the Supreme Court ruled in a 1967 case in which a university professor refused to sign an oath stating he was not a communist, professors should never be coerced into an unthinking timidity. “Academic freedom,” Justice William Brennan wrote, “is of transcendent value to all of us.”

My parting thought: This is not just about principle. It’s also about the United States’ ability to compete. Anderson, like elite business schools across the country, is supposed to be training the next generation of innovators. The people who will muster the imagination and fortitude to create life-changing technologies and lead groundbreaking multinationals. If we don’t maintain our standards — if we’re not allowed to push all of our students to do their very best — we will be disarming unilaterally. I refuse to do that, and I’m convinced, this recent episode notwithstanding, that most of my students and colleagues feel the same way.

You can read his complaint against UCLA by clicking “read now” — and subscribe to support our work at the button just below.

Why I Am Suing UCLA

I refused to discriminate against my students. Then the problems began.