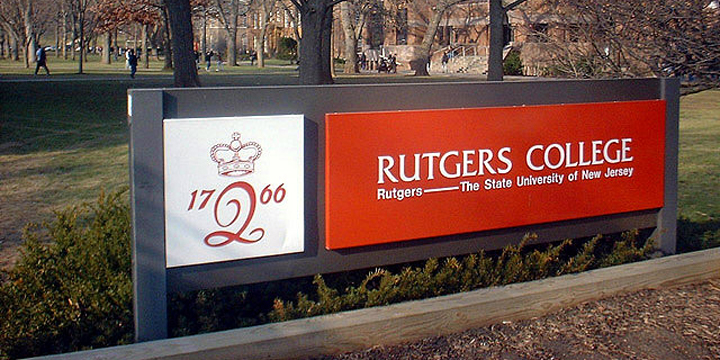 JNS.org – For Palestinians, the “major shift has to be a politics of resistance; it has to be about alienating Israel,” stated Rutgers University assistant professor of Africana Studies Noura Erakat during a November 17 Middle East Institute (MEI) panel webinar. The participants’ radicalism illustrated how the Palestinian national movement’s intellectual barrenness may stymie any foolish return to traditional Israeli-Palestinian peace processes by a future Biden administration.

Unwilling to admit any Israeli victories over century-long Arab attempts to destroy the Jewish state, the panelists were contemptuous towards Israel. International crisis group senior analyst Tareq Baconi, a Hamas apologist, expressed his desire to “resuscitate a project of resistance,” including but not limited to armed force against Israel. He bemoaned that Palestinian “factions themselves are no longer agents of resistance,” but merely “employ people.”

Palestinian National Initiative General Secretary Mustafa Barghouti similarly rejected “going back to the useless negotiations with Israel, the same path that lasted more than 27 years and led to nothing but weakening the Palestinian side.” Like Baconi, Ramallah-based business consultant Sam Bahour drew hope from the Palestinian movement’s global grassroots supporters. “Our solidarity movement around the world is something that will be written about forever.”

These panelists were positively moderate compared to Erakat, who continued her well-established pattern of rejecting any cooperation with or recognition of Israel. In introducing her, Elgindy expressed condolences for her uncle — longstanding PA leader and diplomat Saeb Erekat, who recently died as a result of complications due to the coronavirus — for whom Elgindy worked from 2004 to 2009 as a PA advisor in Ramallah. Similar to his previous eulogies of this PA official who regularly demonized Israel, he mourned that “Saeb’s loss will be deeply felt, not just by his family, but by many of us.”

After reminiscing that her necklace was a gift from her uncle to mark her graduation from law school, Erakat continued her family’s tradition of anti-Israel vitriol. As she has done previously, she advocated a veritable “war of return” to Israel by millions of descendants of Arab refugees from Israel’s 1948 War of Independence, an influx that would demographically destroy the Jewish state. Yet she would only “think about the return of Palestinian refugees, not as the culmination of our freedom struggle, but as the beginning of it.”

Indeed, like Bahour, Erakat considers Palestinians as a “majority diaspora.” She dismissed the long-term resettlement of Palestinians anywhere but “Palestine,” and lamented that international policymakers between 1948 and 1968 conceived the plight of Palestinians largely as a “humanitarian crisis” or “refugee issue.”

Erakat advocated confrontation, as in the 1974 UN General Assembly Resolution 3236 recognizing the Palestinian Liberation Organization as the “sole and legitimate representative of the Palestinian people.” Thus, “Palestinians must be dealt with as a national struggle, with the right to use arms [i.e., terrorism] and the right to engage in diplomatic fora.”

While whitewashing Palestinian terrorism, Erakat mythologized the Palestinians’ past: “All indigenous peoples, we are struggling for recognition, no longer to be just considered criminal terrorists.” Rather, Palestinians, whose independent identity is largely a creation of the 1960s, are a “people within the meaning of international law with the right to self-determination.”

Even a Palestinian state would not satisfy Erakat’s dreams. Palestinians “never imagined the state as the end. We imagined the state as a predicate element in a broader struggle against imperialism,” she asserted, offering no further explanation. For Erakat, this dream apparently justified Arab rejection of numerous offers to create an Arab state in the territory of the former Palestine Mandate going all the way back to the 1937 Peel partition plan.

Modern attempts to create a Palestinian state in the wake of the 1993 Oslo Accords that established the Palestinian Authority cannot appease Israel’s implacable foes like Erakat. Describing the 1988 negotiations that led to Oslo, she claimed the PLO “articulated a truncated vision for what Palestinian liberation does.” Of the accords, she says the “writing was on the wall by 1993 that this solution was inequitable and unfair,” a “betrayal” of Palestinians, whose leadership adopted a “strategy of acquiescence” to the United States, the “imperial patron of Israel.” Unsurprisingly, Erakat recommended “adhering to the BDS platform.”

That an establishment figure like Elgindy, with appointments at MEI, Georgetown, and the Brookings Institute, endorse Erakat’s extremism, demonstrates the ease with which viciously anti-Israel figures move about in Washington and academic circles. It is past time to bury the old “peace process” and the “experts” who peddle it, end the Palestinians’ dream of reconquest, and recognize Israel’s permanence as a Jewish state.

Andrew E. Harrod is a fellow at Campus Watch, a project of the Middle East Forum, and a fellow with the Lawfare Project. Follow him on Twitter @AEHarrod.