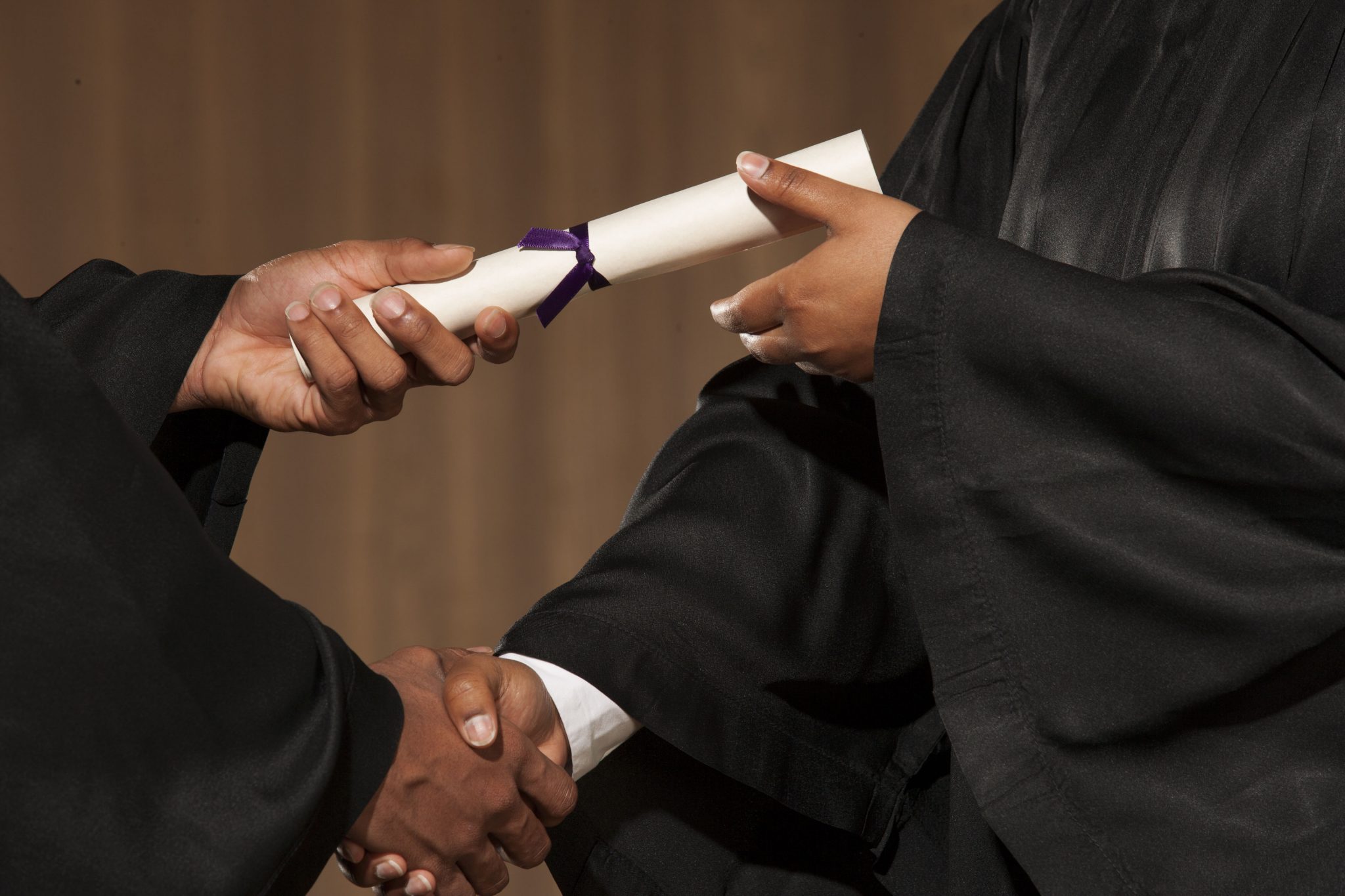 The social sciences are a “broad church” or “big tent,” containing many perspectives, some in complete contradiction with the others. At the moment, there are two dominant “schools,” or heuristic theories, and one minor “school” of social science.

One major school is postmodernism, which rejects the scientific approach, arguing that there is no such thing as objectivity and that everything is subjective; it denies the existence of “truth” on the grounds that everyone has his or her own truth and insists that “master narratives” (other than postmodernism) must be rejected, theories are futile, methodology is false objectivity, generalizations are invalid, and explanations are baseless. Thus, in this view, there is no “reality,” merely a cacophony of claims, and there can be no authoritative body of knowledge. Postmodernism is, therefore, a form a nihilism which denies the possibility of understanding.

The other major school is neo-Marxism, which includes postcolonialism and social justicetheory. After the fall of the Soviet Union, Marxist social scientists stopped quoting Marx, Engels, and Lenin, adopting more benign labels. Postcolonialism, drawing on Lenin, is the theory that all the problems around the world are the result of Western imperialism, colonialism, and neocolonialism. (Russian, Soviet, Chinese, etc. imperialism and colonialism are never mentioned.) Social justice theory extends class conflict beyond economic classes to gender classes of men vs. women, racial classes of white vs. those of color, sexual classes of heterosexual vs. homosexuals, etc., and ethnic classes of Christians vs. Muslims, etc.

[How Equality Became the Enemy of Justice]

These two schools of social science dominate the field. But nothing useful or important will ever come from them. No knowledge will ever be contributed by postmodernism because it denies the existence of knowledge and does not seek it. No knowledge will ever be contributed by postcolonialism and social justice theory because these theories posit answers as a matter of conviction, and research is used simply to illustrate these preordained “truths.”

For example, poverty, corruption, crime, environmental degradation is always explained by Western imperialism or neocolonialism; no alternative explanation is ever sought. For example, feminist research begins with the postulation that females are strong but always victims of men, and all feminist research illustrates exactly that; any alternative account would be rejected.

In the search for knowledge, there are two strategies: One begins with an assumption that certain truths are evident and then searches for instances that illustrate that understanding. This is a self-affirming strategy that institutionalizes confirmation bias. It is a positive feedback strategy, in that every selected form of “evidence” confirms the assumptions and drives the understanding to a more and more extreme position. Both feminism and postcolonial theory follow this strategy.

The second strategy is to make given understandings conditional, framed as questions to be answered rather than as answers to be illustrated. The tentative assumptions, the hypotheses, are tested against the evidence, and either temporarily upheld or rejected, according to the evidence. This is a self-correcting system, as a negative feedback system, in which understandings are adjusted or changed according to the evidence. This is the scientific strategy.

Scientific studies in the social sciences vary in their methods according to the discipline. Economists often use national level macro-statistical data. Sociologists often use questionnaires and interviews, as well as more restricted statistical data, such as vote results, as do political scientists, who also do institutional analyses. Anthropologists do ethnographic field research in particular cultures and explore cultural variation through comparative analysis. Even comparative analysis uses a variety of methods, from statistical comparisons of all known cases to broad, non-representative samples of relevant cases, to “controlled comparisons” of closely similar cases.

Some researchers have argued that every society can be seen as falling on a continuum with “tightness” at one end and “looseness” at the other. According to one account, “tight societies are formal and disciplined, have clearly stated social norms, and rebuke individuals who stray from the norm. Loose societies are informal, have weak or ambiguous norms, and tolerate deviant behavior.” Societies with strong religious bases, such as Singapore and Saudi Arabia, would fall toward the “tight” end of the continuum, whereas secular democracies, such as The Netherlands and the United States, would fall toward the “loose” end of the continuum.

One hypothesis about the causes of different societies’ positions on the tight/loose continuum is that “Food deprivation is positively correlated with tightness-looseness.” Tested against comparative data, this hypothesis was confirmed at the lowest level. Other hypothesesspecifying population density, territorial threat, natural disasters, and communicable diseases as influences on the continuum were also tested and supported.

[Why This Is a Very Scary Time for Young Men]

This scientific approach is seen in thousands of other tested hypotheses, some supported by the evidence examined, and others not. What is critical here is that researchers do not seek to confirm or prove their hypotheses, but to test them against the evidence. When the evidence does not support the hypothesis, it is set aside. Thus, answers are found at the end of the testing process, not imposed at the beginning of the research.

One further study illustrating scientific anthropology is one that I carried out and publishedin detail. The general question that it falls under is to what degree are the major values that we hold compatible or incompatible. This question was raised by Isaiah Berlin, the political philosopher:

“It is a commonplace that neither political equality nor efficient organization nor social justice is compatible with more than a modicum of individual liberty, and certainly not with unrestricted laissez-faire; that justice and generosity, public and private loyalties, the demands of genius and the claims of society, can conflict violently with each other. And it is no great way from that to the generalization that not all good things are compatible, still less all the ideals of mankind. To admit that the fulfillment of some of our ideals may in principle make the fulfillment of others impossible is to say that the notion of total human fulfillment is a formal contradiction, a metaphysical chimera .”

One of the issues in the study was the compatibility or incompatibility of equality and freedom, two of the central values of the West, and values subject to much debate, contestation, and policy. The strategy was to explore a cross-cultural sample of societies to see the relationship between equality and freedom in each, and to see if an overall pattern emerged. In societies that emphasized solidarity and unity and had strong collective controls–such as agro-pastoral towns of Highland Sardinia, highland Andean Indian towns, Cuba as a whole, and Soviet societies generally–economic equality was stressed and, except for the political elite and their operatives, put into practice through salary policy and collective ownership. At the same time, freedom of the individual was highly restricted. Deviation from the corporate norms was often swiftly and brutally punished.

[What Happened to Our Universities?]

In open communities, collective rules and pressures were very limited, and individuals and families had a high degree of freedom to pursue economic production and consumption. The result was, of course, greater success for some and less for others, with consequent economic inequality. This was true of peasants in the South American lowlands, and of urban craftsmen and merchants in the Middle East. In this open environment, individual and family freedom was associated with economic inequality. This pattern is characteristic of capitalist societies, where entrepreneurship, investment, risk-taking, and the security of private property lead to freedom in economic activities, but economic inequality as different people’s efforts are rewarded or punished by variable degrees of success and failure.

The cases reviewed support the generalization that economic equality and economic freedom are inversely correlated: the greater the equality, the less freedom. The reasons for this are clear: First, people are different from one another in many qualities relevant to economic success, and so the results of their economic actions will be variable, leading to economic inequality. Second, people will not voluntarily give up the fruits of their efforts, and so, in order to obtain an equal distribution of economic benefits, coercion must be applied. Third, the coercion restricts people’s economic actions, which is a restriction of their freedom.

We see the contradiction between freedom and equality in liberal democracies, such as those in Western Europe and North America. Many political issues debated, often hotly, in both elections and legislatures, are about the relative degree of freedom and of equality in the compromise that is necessary to maintain both values. A central economic debate is how many economic assets should remain in individuals’ hands, and how much should be confiscated by the government for its purposes.

The debate often takes the form of disagreement over taxation, how much of taxation is fair and how much unfair. Another approach to the problem of economic assets is the debates about how much should remain in the hands of those who have earned or inherited them, and how much should be confiscated by the government to redistribute to those who have less. Those who advocate redistribution favor equality over freedom, while those who advocate the protection of property favor freedom over equality.

Advocates of freedom and advocates of equality sometimes claim that the value they support is the only important value. More importantly, each of these values is described as if it is a stand-alone value, without implications for other values. But if equality and freedom are incompatible, then the increase of one means the decrease of the other. In other words, there is always a cost in increasing one value, and that cost is in the decrease of the other (and no doubt in others, such as efficiency and productivity, not discussed here). The sad fact is that we cannot have all things, and must choose. But in choosing to emphasize one value, we must recognize that other values must be sacrificed at least to some degree. This is an important understanding for considering political policy.

The study just described is one of many carried out by scientifically-minded social scientists. In trying to understand a certain aspect of the world, it began with a question, marshaled evidence, and drew a conclusion. That conclusion is “relevant” (as we used to say) to current debates about public policy. If we wish to know something about the world in which we live, we must reject nihilism and ideology, and pursue the most successful means of gaining valid knowledge: the scientific approach.