Gary Mond, chairman of the National Jewish Assembly, on the shortcomings of the UK Jewish response to the Methodist community reaffirming support for boycotting Israel. 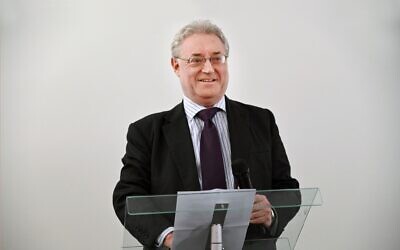 Like the Chef Rabbi, most of us will have been saddened to hear that the Methodist community have reaffirmed their support for the Boycott, Divestment and Sanctions campaign against Israel (“BDS”).

A key reason why this is so depressing is that it causes us to wonder how we seem to be failing so badly in getting our message across to a major Christian community, not just as regards the antisemitic nature of the BDS but also on all matters connected with Israel in general.

I believe that we are far too soft in the nature of our responses, preferring to focus on our peace-loving language rather than the much more important matter of addressing the facts about the dispute, both historically and as they are today.

The Jewish News article of 4 July on the matter refers to work done by the Council of Christians and Jews with the Methodist Church on the development of an Israel-Palestine resource.

Produced in summer 2020, it comprised a series of articles of many different perspectives and I think was a valiant attempt to enhance understanding and hopefully improve co-existence between the communities. However, it has not succeeded in eliminating Methodist support for the BDS.

Our current strategy overall is weak and ineffective. We have allowed the lies about Israel to fester and run away with themselves. For our communal leadership to talk simply about the decision of the Methodists eroding relations with the Jewish community and the need to invest in constructive engagement with Israeli society convinces nobody. It is also similarly pointless to state that “BDS does not, in any way, advance the cause of peace [in the Middle East]”. Of course it doesn’t. The last thing it wants is peace. It wants the end of the Jewish state of Israel.

A different approach to defending Israel in general and combatting the Methodist decision in particular is needed. The way forward has to be for our community leaders to advance arguments relating to facts.

A different approach to defending Israel in general and combatting the Methodist decision in particular is needed.

First, we must emphasise that Israel is a legitimate country itself, the historical background to which is well-known. This is not done often enough. Second, we must say that it is an utter nonsense to view the Israeli government as causing problems for Christians. The truth is that Christianity is flourishing where there is a Jewish government and is being extinguished in areas under Islamist control throughout the Middle East.

Third, there are no “Occupied Palestinian Territories”. There never was a state of Palestine at any time in history – if so, who were its leaders before Yasser Arafat formed the PLO in 1964? Has anyone noticed that it was created three years before, not after, the 1967 Six Day War resulting in Israel recovering East Jerusalem from Jordanian occupation and taking over the rest of these territories?

The fact is that the lands are disputed, and much of the Jewish community worldwide regards them as Judea and Samaria, the heart of ancient Israel. Above all, it needs to be stressed that there is no direct right of “Palestinians” to have a sovereign state in Judea and Samaria.

If we concede that there is, we have already lost the debate.

In conclusion, the UK Jewish community needs to get a grip and present the factual truth to the Methodists and the rest of the world. This is what the National Jewish Assembly, joining with others both domestically and internationally who share our vision, will be doing.

Gary Mond is Chairman of the National Jewish Assembly.

Gary Mond, chairman of the National Jewish Assembly, on the shortcomings of the UK Jewish response to the Methodist community reaffirming support for boycotting Israel.