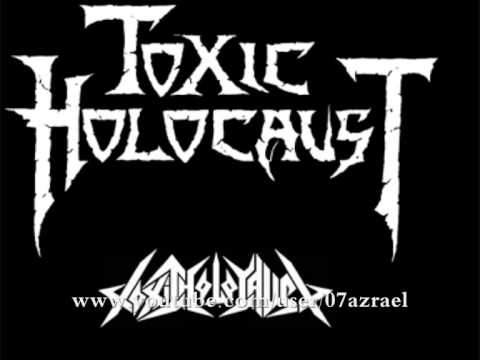 A parody songbook shared privately by members of the Ohio State marching band — the so-called “Best Damn Band in the Land” — contained offensive references to the Holocaust, according to a Wall Street Journal report detailing just what those references are.

The book, which was updated three years ago, makes joking mention of furnaces used in Nazi concentration camps and to railroad cars used to carry Jews to their death in those camps. The university called the behavior “shocking” in a statement to the Journal and said it is “committed to eradicating [it] from its marching band program.”

The Journal’s Sharon Terlep said she had reviewed the songbook and shared details.

The Holocaust song, called “Goodbye Kramer,” whose lyrics haven’t been previously disclosed, includes lines about Nazi soldiers “searching for people livin’ in their neighbor’s attic,” and a “small town Jew…who took the cattle train to you know where.” It was written to be sung to the tune of the 1981 Journey hit “Don’t Stop Believin’.”

An intro to the book warns band members that some songs “may be offensive to you. If so, you can either ignore them, or you can suck it up, act like you got a pair and have a good time singing them.” Members were told to keep the book’s existence a secret. From Terlep:

The existence of a band songbook of crude parodies first came to light in July 2014 after a university-led investigation into the band’s culture. At the time the director, Jon Waters, along with many students and alumni from the band, said the songs—which also featured lyrics about rape, bestiality and homosexuality—had been out of circulation for years and were seldom sung.

But a second, more in-depth investigation of the band, commissioned by the school in late 2014, mentioned that the updated songbook contained a “highly offensive song regarding Jews,” although it didn’t disclose the lyrics. “Head to the furnace room, ‘Bout to meet your fiery doom,” one line of the song reads. “Oh the baking never ends, It goes on and on and on and on.”

Waters was an assistant band director when the songbook was updated. He said he knew of the songbook in the 1990s when he was a member of the band but that his predecessor, Jon Woods, had banned it. “I understood it to be gone,” he said. “It had been outlawed for a long, long time and was something that was very much on the underground.”

Waters was fired last year amid an investigation that revealed “a deep culture of sexual harassment among students that reportedly had existed for years.” The investigation revealed that the songbook included songs that “went so far as to glorify violence against women.” One witness, according to the report, described the long-term culture of the band as “sexualized.”

The “unofficial marching band songbook” was listed as Exhibit B in the investigation, but that exhibit’s contents revealed sexist, homophobic and racist song parodies and not the Holocaust material.

Lee Auer, who wrote the 2012 songbook’s introduction, told the Journal that “I don’t think you are going to find many 19-year-olds who don’t joke about those things.” A 2007 Ohio State graduate  who is a band instructor in central Ohio, he said he regrets that the songbook has become public. “It was fun for me as an individual, but we knew if the public ever caught wind of them, people are going to lose respect.

“Now, I feel worse about it than I ever did.”