School says 'support' doesn't mean an endorsement of White's views. But many are calling for the school to have a fair exchange of ideas 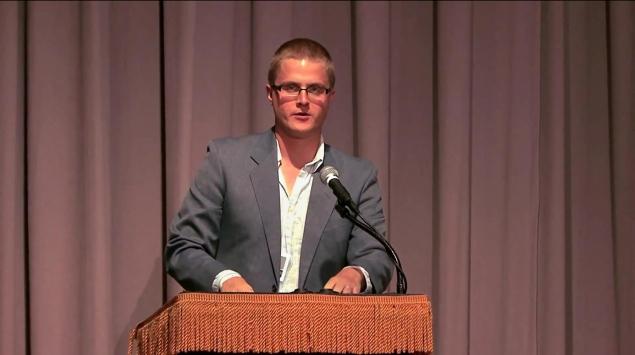 A controversial author who has likened Israel’s treatment of the Palestinians to the Nazi Holocaust is bringing his act to Brooklyn College — and two departments at the city university are “supporting” it.

Journalist and author Ben White is scheduled to speak on campus on Nov. 14 as a guest of Students for Justice in Palestine, the same organization that roiled the campus by hosting anti-Israel academic Omar Barghouti in February. “Here we go again,” said City Councilman David Greenfield (D—Brooklyn). “It’s unfortunate that Brooklyn College seems to be consistent in sending a message to their Jewish students that they are not respected on campus.”

A spokesman for the college stressed that the institution itself is not backing the event, but simply that the college’s sociology and political science departments have sponsored it “to encourage attendance.” “Being a supporter does not imply endorsement of the views or the event by the college or the student government,” said the spokesman, Ernesto Mora.

But critics charge Students for Justice in Palestine is using the college departments’ involvement as a way to legitimize Israel bashing. “No academic departments should take sides in hotly contested political disputes,” said famed attorney — and Brooklyn College grad — Alan Dershowitz. “If these departments deny they are taking sides, I challenge them to ‘support’ a speech by me on the Mideast.”

White, a British writer, has penned “Israeli Apartheid: A Beginner’s Guide” and “Palestinians in Israel: Segregation, Discrimination and Democracy.” In 2006, he defended former Iranian President Mahmoud Ahmadinejad after he said, “Israel must be wiped off the map.”

“Ahmadinejad had not necessarily, as many assumed, called for an apocalyptic battle to wipe out the Jews,” White wrote on his website, arguing the Iranian hatemonger was merely referring to “Palestine’s cartographic absence.”And in 2007, the Cambridge University grad defended anti-Semitic comments made by the former German politician Jurgen Mullemann, who likened the Israel’s policies to those of the Nazis. “Pity the Palestinians, who, in the name of a social-democratic experiment, had to endure massacres, death marches and ethnic cleansing,” White said.

At least one other college department is considering sponsoring the speech. The English department will vote on Nov. 12 — though one veteran professor is enraged that the issue is even coming up.

“The event would not be an open-minded quest for knowledge but an exercise in propaganda that would violate my deeply held principles about the role of the press and academic departments,” English professor Anthony Mancini wrote in a department-wide email.

Dershowitz also offered to speak alongside White to make the event less lopsided — as he did in January — to no avail.

School says 'support' doesn't mean an endorsement of White's views. But many are calling for the school to have a fair exchange of ideas