Are critical thinkers being pushed out of US higher education? 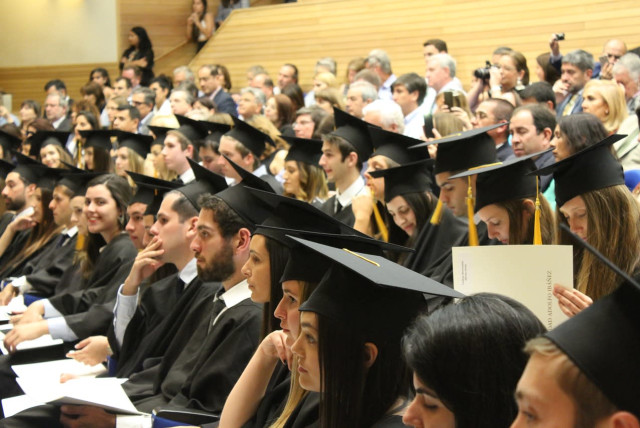 I sat down with Gabriel Noah Brahm, a Professor of English and World Literature at Northern Michigan University, to discuss his new article, The New Blank Slate at The American Mind and look at the leading issues today facing higher education in the United States. Brahm also serves as Founding Director of the Center for Academic and Intellectual Freedom.
This matters because Brahm is passionate about the state of education today, the importance of having actual critical thinking, which means having conservatives and liberals in universities, and he is passionate about Israel. In 2018, CAIF was named an “Oasis of Excellence” by the American Council of Trustees and Alumni (ACTA). Brahm is Senior Research Fellow at University of Haifa’s Herzl Institute for the Study of Zionism, and the author and editor of numerous books and articles.
He discusses how leading intellectuals and writers have felt under siege in an America that is going through a kind of intellectual cultural revolution. He says students are being pushed into new fads like “critical race theory” and are reading less and less of what were thought of as great thinkers and writers of the US and western tradition.
“Nor have they read anything worth reading,” he writes. “And me? Rather than having every class I teach turn into a discussion of white privilege, male privilege, and gender issues, I started asking to be assigned multiple sections of a course I hadn’t taught in years, or given much thought to when I first took the job: good old Freshman Composition… Once again, I am doing students some actual good—helping them learn to write—without feeling guilty for participating in their brainwashing by a destructive ideology,” he added.
We discussed his new article and Peter Boghossian’s recent resignation. Boghossian’s resignation letter was published on Bari Weiss’s Common Sense newsletter. He resigned as an assistant professor of philosophy at Portland State University. He writes, “students at Portland State are not being taught to think. Rather, they are being trained to mimic the moral certainty of ideologues. Faculty and administrators have abdicated the university’s truth-seeking mission and instead drive intolerance of divergent beliefs and opinions. This has created a culture of offense where students are now afraid to speak openly and honestly.”
Brahm agrees. But I asked Brahm whether we’ve been seeing this for generations. Doesn’t each generation cannibalize the last in terms of what fads are normative at the university? Back in 1987, Allan Bloom wrote “The Closing of the American Mind,” so the idea that youth are being misled is not new. We’ve seen multi-culturalism and micro-aggressions and “new math” and pushes to teach “Ebonics” roil previous generations. The idea that there is some crusade against “old, white males” at university is not new. Neither is “gender” or feminism or the sudden interest of numerous newly hired faculty to be experts in African American literature of the global south or non-western thinkers. So I asked Brahm, what’s the problem? What’s new?
In our discussion he says that this is a new attempt to suppress different views, it’s not just a question of adding more diversity or critiquing old writers, it is a new attempt to totally distance students from anything that the new majority on campuses disagrees with.

Are critical thinkers being pushed out of US higher education?