Why does it seem like so many New York Jewish institutions are staffed by people who want to harm Israel? 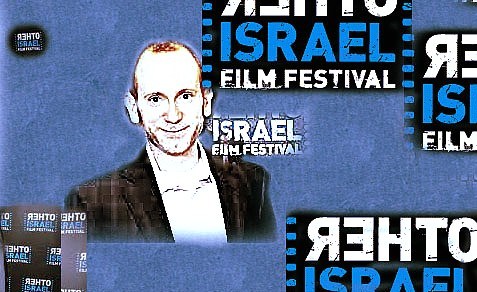 The shocking news that the 92nd St Y’s now former director was involved in an affair and the possible cover-up of vendor shakedowns, could possibly explain the recent pattern of that institution’s promotion of celebrity proponents of economic and political warfare against Israel.  Perhaps it was simply collateral damage from a leadership gone astray.

But how to explain the New York City Jewish Community Center employing as its film programs director – that is, someone who chooses what films the New York Jewish Community is going to tout for its Jewish audience to see – someone who publicly embraces and encourages others to embrace that despicable movement known as BDS, the Boycott of, Divestment from and Sanctions against the Jewish State?

It did not require any investigative journalism to make this discovery.  The JCC’s film director, Isaac Zablocki, wrote an article touting his anti-Israel bona fides in one of the most widely-read (if frequently anti-Israel) outlets, the Huffington Post.

In an article published earlier this week titled, “Boycotting the Messenger,” Zablocki writes glowingly about the use of boycotts against Israel to punish the Jewish state for “violating the human rights of Palestinians.” He romanticizes boycotts as the paradigmatic “non-violent form of protest for centuries.” The BDS movement fights against the normalization of the occupation of the State of Israel and pushes to exclude Israel from any international program as long as it is violating the human rights of Palestinians. But Zablocki does not support all boycotts of Israel.  But his selective warfare against the Jewish State is not the Peter Beinart version of “beyond the Green Line is not kosher, within is kosher” style of boycott of Israel.

Nope, Zablocki, being an artiste and all (he had a one film career), is only opposed to arts and academia boycott of Israel. All other kinds of boycotts are hunky-dory.  We’ll allow him to explain it.  Here, again, from his Huffington Post article: In the case of the Israeli-Palestinian conflict, nonviolence is a welcome form of protest for the region, and the importance of the use of boycott to get international attention towards pressuring Israel to end the occupation is unquestionable. However, the protest of art, culture and education brings up dangers in the realm of freedom and evolution of thought. Artists and educators have an important impact on changing society. Their diversity of opinions plant seeds of thought and help minds grow.

Could it be that Zablocki, who grew up in Israel, but was educated at Columbia University (affectionately referred to by some as Bir Zeit on the Hudson) sees only as virtuous those in the industries he knows best?  It makes sense, in a selfish kind of way, that Zablocki would want to protect his comrades in the academic and arts industries from having their livelihoods harmed even by his favorite form of “non-violent protest.”  But businesses?  Manufacturing? Construction?  Those are for the uncultured masses.  Never mind that those are the industries in which most Arabs, especially poor Arabs, in the region are employed.  But let’s not allow that to be a consideration.

On the most fundamental level, the question has to be raised and raised repeatedly: why it is that so many institutions which are presumed to be providing services to the Jewish world, and are certainly raising their funds from Jews, are staffed by people who see their bona fides in the arts world as requiring a lusty desire to damage the Jewish State?

Why does it seem like so many New York Jewish institutions are staffed by people who want to harm Israel?