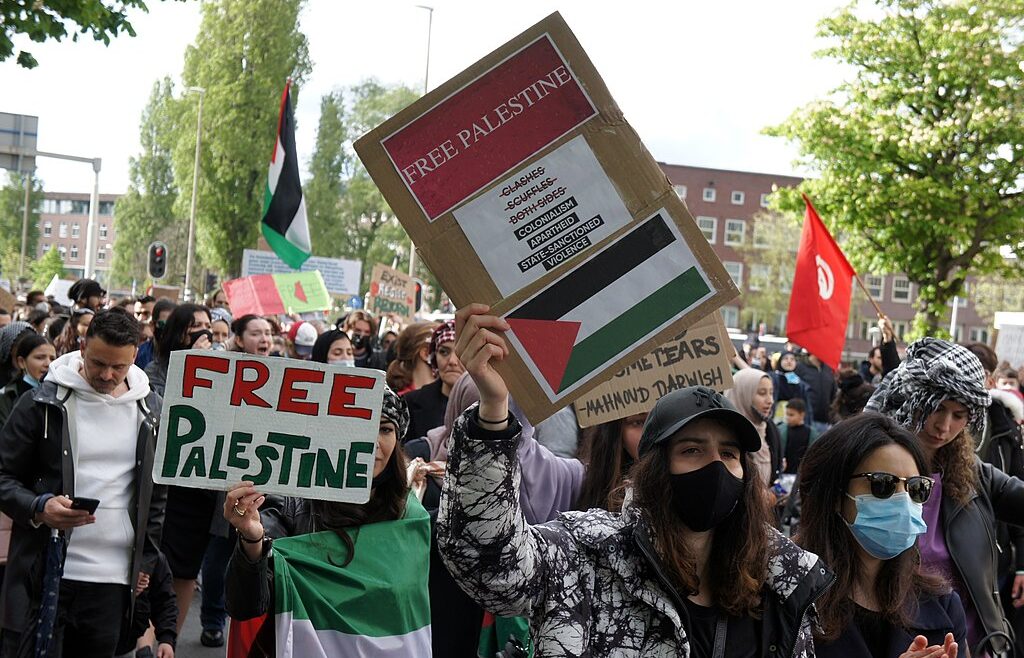 British MP and member of prime minister Boris Johnson’s Conservative Party Robert Jenrick, has announced on Tuesday that the British government will pass legislation to outlaw the Boycott, Divestments and Sanctions (BDS) movement in the UK.
Jenrick, formerly the UK’s secretary of state for housing, communities and local government, made the comments during the Leadership Dialogue Institute’s (LDI) 2021 online conference on pandemic management, antisemitism and Israeli technology.
During a conversation titled “Why Do So Many People Hate Jews?,” moderated by former Labour Party MP Joan Ryan and featuring Likud MK Avi Dichter, Jenrick stated that “In the following months, we will be working to outlaw BDS in the UK.”
“I do think BDS is being beaten back here,” the Conservative MP said.
“There is no political party in the UK that would support BDS today and [supporting BDS] is becoming much more of a fringe activity,” he added.
Despite Jenrick’s comment that no political party in the UK would support BDS today, the UK Labour Party, headed by Keir Starmer, passed a motion in their annual Brighton conference in September to define Israel as an apartheid state and impose sanctions against the Jewish state as a result.
The motion further demanded actions against “the building of settlements, reverse any annexation and ends the occupation of the West Bank and the Blockade of Gaza.”
The Conservative Party’s manifesto during the 2019 general election in the UK included a commitment to “ban public bodies from imposing their own direct or indirect boycotts, disinvestment or sanctions campaigns against foreign countries.”
In 2020, it was reported that the UK plans to pass a law banning local councils from boycotting countries in their pension funds, after the Supreme Court overturned a government order to that effect.
The LDI, founded by Jewish-Australian businessman and philanthropist Albert Dadon, is a private diplomatic think-thank between Australia, the United Kingdom and Israel, founded with the aim of fostering closer cultural ties between the three nations.