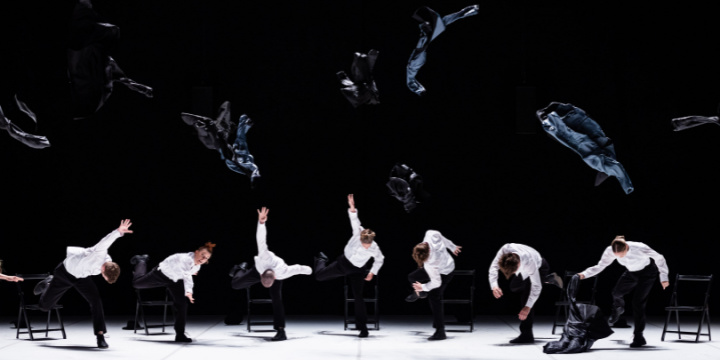 The director of the 2022 Sydney Festival said some artists felt unsafe and “pressured” to withdraw from the event after it came under fire from supporters of the Palestinian-led boycott, divestment, and sanctions (BDS) campaign for accepting Israeli funds.

“Some artists felt pressured to the extent they had no option but to withdraw, or else they would be publicly shamed online, whilst other artists had a very strong opinion, and one respects those strong opinions,” Olivia Ansell told The Sydney Morning Herald on Monday, a day after the festival ended. “That’s why we live in a democracy.”

“In relation to the intimidation and pressure online: everyone has the right to feel safe, whether that’s physically, mentally or culturally,” she added. “And I couldn’t say that everybody felt safe out there online during the height of the boycott.”

Activists affiliated with the BDS campaign and their supporters called on artists to pull out of the Sydney Festival, which took place from Jan. 6-30, because its organizers signed a $20,000 partnership deal with the Israeli Embassy in Canberra, Australia. The funds were used to support a dance number called “Decadance” by Israel Prize-winning choreographer Ohad Naharin that was performed by the Sydney Dance Company.

While more than 30 performers withdrew in compliance with these calls, hundreds more stood by the festival. Ultimately, it featured a total of 80 events and 756 artists, despite difficulties due to the Omicron coronavirus variant and wet weather conditions, according to Ansell. “Many of those artists, particularly those based in Sydney, have been losing gigs. We’re proud we’ve been able to employ artists through this period of uncertainty,” she said.

One of the boycott organizers, Fahad Ali, denied Ansell’s accusation that artists were intimidated to withdraw from the event.

“It’s a matter of public record that our communications with artists and the Festival board have been consistently respectful,” he said. “We are campaigning against the festival’s complicity with apartheid and ethnic cleansing, and the military and economic intimidation that entails for the Palestinian people.”

David Kirk, chairman of the Sydney Festival’s board, said that in light of the controversy surrounding the partnership agreement with the Israeli Embassy, the festival will “review its practices in relation to funding from foreign governments or related parties” for future events. Ansell told The Sydney Morning Herald she welcomes the outcome of the review.

She also said that the views and opinions of individual artists are not always in line with those of the body that funded them.

“Indeed, it is usually the very opposite,” she said. “That’s why arts festivals exist — to have critical discourse and conversation and the exchange of myriad perspectives and views.”

In an interview with New Israel Fund Australia last week, Naharin said he was upset after hearing about the boycott campaign against the Sydney Festival. Saying he “felt sorry” for audiences who would miss out on performances by various artists, he added that the boycott of the festival “doesn’t help the Palestinian people.”

Speaking about his own views on the BDS campaign, which aims to replace Israel as a Jewish democratic state with a Palestinian state, he said, “if you think BDS wants to put an end to the occupation, I support the agenda … I don’t know enough about BDS to oppose it. … Israel – the future depends on the end of the occupation.”