To counter BDS, it’s who you know (in Hollywood)

For the Creative Community for Peace, who got 200 A-listers to sign a pro-Israel petition, a Rolodex is the weapon of choice 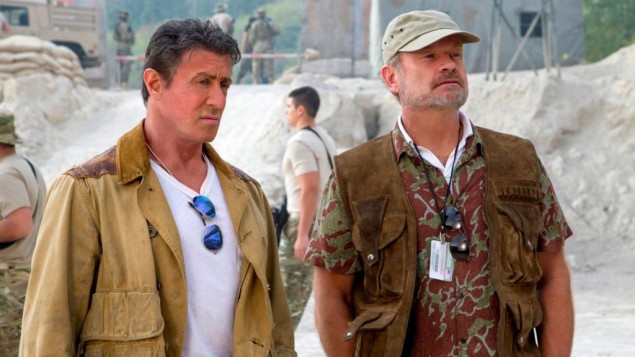 On Sunday morning, the glossy pages of Variety, The Hollywood Reporter and Billboard carried something extra in addition to their news of castings, hirings and firings: a petition, signed by nearly 200 Hollywood elites, bashing Hamas and defending Israel.

Six weeks into Operation Protective Edge, with global anti-Semitism said by some to be at unprecedented post-World War II levels, and dozens of Hollywood A-listers — from Penelope Cruz to Selena Gomez to even the Kabbalah-loving Madonna — all taking to the social media airwaves to decry Israel’s actions in Gaza, this petition was a major coup.

Behind the document, which also bears the names of Minnie Driver, Ziggy Marley, Mayim Bialik, Kelsey Grammer and Aaron Sorkin, is an organization called Creative Community for Peace — a defiantly pro-Israel gathering of industry insiders and eager volunteers who, together, have been fighting the Boycott, Divestment and Sanctions movement on the world’s glitziest, most celeb-obsessed stage. “As long as we have the truth on our side, then all we have to do is give the facts,” says Ran Geffen-Lifshitz, who co-founded Creative Community for Peace in 2011 alongside Spirit Music’s David Renzer and Electronic Arts’ Steven Schnur. What began as a passionate side project of three very well-connected Hollywood insiders has ballooned today into one of the most effective, albeit quietest, Israeli activist movements around.

Geffen-Lifshitz, the Tel Aviv-based founder of MMG Music, was having breakfast at the Dan Hotel with Renzer and Schnur, who were both visiting, when the organization was born. The trio was discussing the Boycott Divestment Sanctions movement, which by 2011 had evolved from a grassroots annoyance to a globally supported, extremely well-oiled machine of anti-Israel influence.

Musical acts were canceling concerts in Tel Aviv. Directors were pulling out of film festivals in Haifa and Jerusalem. Art and culture, which for so long had been a point of intersection and conversation, had become another battleground in the anti-Israel activists’ war.

“We wanted to inform the creative community of the truth about Israel, and try to use art, entertainment and creativity as a bridge between the people rather than something that would separate,” Geffen-Lifshitz says. “Even if someone is against Israeli policy, we invite them to come here and voice their opinion. Don’t ban us. Banning something is not the solution for anything.”

They started quietly recruiting among their friends and coworkers, who just happened to be some of Los Angeles’ most successful show business movers and shakers. In the next three years, whenever a major musical act was booked to play Tel Aviv and the BDS movement began laying on the pressure to get them to cancel, CCFP was right there, applying its counter-pressure of support, information and encouragement. Today, they say, there is not a single musical act, from Justin Timberlake to the Rolling Stones to Alicia Keys, that they have not approached and coached in advance of their performance in Israel.

They will not comment on their relationship with the bigger acts who have played Israel, beyond explaining that they reach out to each and every performer. They also won’t disclose the size of their staff or their funders. But despite their insistence on staying below the radar and in the background, there are a few success stories that have bubbled to the surface. When Cyndi Lauper came to Israel over the winter, one of the highlights of her visit was an afternoon salon Lauper held at the Tel Aviv LGBT Center, where she met with gay activists, took questions from the crowd, and — in the presence of several journalists — gushed about the warmth, democracy and diversity of Israel. It was a huge success for Israel advocacy, and it was all organized and facilitated by CCFP.

Months before, in July 2013, Eric Burdon, the former frontman for The Animals, canceled a planned show in Tel Aviv after intense lobbying from pro-Palestinian activists. The campaign, which CCFP described as “well coordinated” and “violent,” led him, they say, to actually fear for his physical safety if he followed through and played the White City.

CCFP stepped in, explained to him that the BDS movement is well coordinated and thrives on misinformation and anti-Semitism, and they convinced him that he would be perfectly safe in Israel. He changed his mind, boarded his flight, and the show indeed went on.

CCFP is unlike other grassroots organizations in that it doesn’t seek to build a mass of support on the ground, or recruit large numbers of volunteers to do its work. Rather, it taps existing alliances — bigwig to bigwig, A-lister to A-lister — and calls upon them when Israel finds itself in crisis.

They also tend to shy away from the press, preferring to keep the focus on the artists and celebrities that they bring to Israel. The fact that CCFP chose to go public and release this petition Sunday, execs in the organization say, is a result of the dire state of Israel’s image in the world, and the realization by CCFP’s leaders that, in times like this, quiet behind-the-scenes activism may simply not be enough.

Like everything in this region, the story has become a bit more complicated. An October 2013 article in The Forward pointed to the close ties between CCFP and the pro-Israel group StandWithUs, a relationship that some have suggested make CCFP a far more political enterprise than it admits.

Adalah-NY: The New York Campaign for the Boycott of Israel, has accused CCFP of being another arm of the StandWithUs operation, pointing out in press releases that CCFP founder David Renzer is married to StandWithUs founder Esther Renzer, and that other members serve on boards of both organizations. It also accuses CCFP of attempting to whitewash issues like the occupation and Israeli’s treatment of Palestinians.

Rezner has denied any formal partnership between the two groups, and Geffen-Lifshitz says CCFP’s aim is solely to help artists and performers understand what they will face when they visit Israel.

“We feel that music is better used for communication than silence,” Geffen-Lifshitz says. “Every artist that announces he or she is going to play Israel is approached by us, and we try to make them understand what’s going to happen to them by describing who the relevant forces are who are going to actively attack them. We find that if we put them in a place where they’re not surprised, their life becomes a lot easier. And if we put these claims in perspective, explaining that this is all part of a coordinated campaign, that’s how BDS operates, they realize what’s going on and what we’re up against.”

There are several very high-profile concerts that were on the verge of being canceled, or that artists had verbally backed out of, which CCFP was able to save, the organization says. It won’t provide the specific names of the artists or the dates, but one look at its database, and the petition online, shows that its Hollywood influence is anything but shallow. The language of the petition calls for peace, while reminding the world that Hamas is a terrorist organization bent on Israel’s destruction.

“We, the undersigned, are saddened by the devastating loss of life endured by Israelis and Palestinians in Gaza. We are pained by the suffering on both sides,” the petition reads. “While we stand firm in our commitment to peace and justice, we must also stand firm against ideologies of hatred and genocide which are reflected in Hamas’s charter, Article 7 of which reads, ‘There is a Jew hiding behind me, come on and kill him!’”

The petition goes on to insist: “Hamas cannot be allowed to rain rockets on Israeli cities, nor can it be allowed to hold its own people hostage. Hospitals are for healing, not for hiding weapons.”

Gathering the signatures, Geffen-Lifshitz says, was easy. All the CCFP leaders had to do was crack open their Rolodexes.

“We wrote to people that we know. And those people contacted people that they know. We did all of this in a week.” The list could have been longer, he says, but there was an urge to get the petition published as soon as possible.

“If we had waited longer, we would have had more signatures. The sympathy that Hollywood has for Israel is tremendous and this only reflects a fraction of the names that could have come on board.”

To counter BDS, it’s who you know (in Hollywood)

For the Creative Community for Peace, who got 200 A-listers to sign a pro-Israel petition, a Rolodex is the weapon of choice