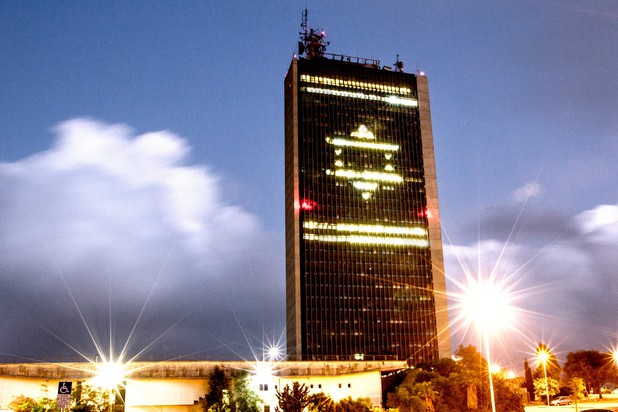 Within the course of my academic work as a linguist who researches Arabic dialects, I was recently asked by a colleague at an Israeli university if I would be willing to answer a few questions that a couple of her students had while writing a paper. Though I am committed to the Boycott, Divestment and Sanctions (BDS) efforts aimed at Israeli institutions, including the academic and cultural boycott, I figured that answering a private email from a colleague I knew well and her undergraduate students would not constitute a violation of the boycott. After all, we keep assuring our concerned Western colleagues that we target institutional ties, not Israeli individuals as such.

The students’ questions were squarely within my field of expertise, and I quickly replied, including a link to my doctoral thesis, as well as an attachment which included a paper I recently co-authored with another colleague, and which was submitted for publication not long ago.

All this happened last week. I have yet to hear back from the students. But their professor, my Israeli colleague, replied to me. She thanked me, as is customary, for my prompt response. This was expected. What I did not expect was her unsolicited critique of the paper I had included as an attachment to the email that I sent to her students. I didn’t mind that she found some typos and other infelicities. What I take issue with is what my colleague dubbed an “ideological” issue. While the article I had sent the students dealt with Arabic linguistics, it touched upon social and historical issues as well. And it referred, almost in passing, to the 1948 Nakba as ‘ethnic cleansing,’ which is precisely what it was, as Ilan Pappé and many others have written in length about.

Here is what my colleague had to say about the use of the term ‘ethnic cleansing’ in the Palestinian context:

“You talk of ethnic cleansing. I think this is a very unjust and misleading view of what happened. There was no doubt a lot of forced eviction, aggressive and brutal expulsion, which I agree is unforgivable, one of the many sins of that time that should never have happened, given our own experience of such atrocities. But it was not ethnic cleansing as committed agains[t] Jews in Europe and the comparison is just wrong. It was out of a fear (justified or not), in the midst of a fight for a place to build a nation surrounded by enemies and obviously not welcomed from within – a fear that these people may potentially be hostile and harm the Zionist project. Those who were not suspected of being potentially hostile were allowed to stay, so ethnicity is not the issue, the issue is fear, possibly unwarranted but nonetheless very real.”

To be clear: nowhere in our article did my co-author and I compare the Nakba to anything that Jews in Europe had been subjected to. While I may have thoughts linking the Nakba not only to ethnic cleansing but also to the beginnings of genocide, this never came up in the article that this colleague had seen. Yet she found it useful to conflate the two in an attempt to stifle us. Because, as any good Israeli knows, comparing anything to the Holocaust is verboten.

I have decided not to write back to this colleague. In fact, it has occurred to me that she has rendered herself boycottable by exploiting her position as a senior scholar, an Israeli who conducts research on Palestinians, vis-à-vis myself, a younger scholar with a viewpoint that is much less popular in my own country of origin (I myself am a citizen of Israel as well). In the greater scheme of things, it raises interesting questions regarding the boundaries of BDS. I have never been completely happy with the ‘institutional-only’ aspect of the Boycott component. I even would humbly accept it if I, despite my dissenting views, were boycotted based on my citizenship alone.

As for scholars such as this colleague, who are not only Israeli, but also work at Israeli institutions and espouse views that diminish the significance of the Nakba in the history of the region, I believe now more than ever that even when they act on behalf of themselves alone, there is no good reason to engage in any academic exchange with them. What struck me in my exchange with this scholar is that she didn’t quite deny the mere occurrence of the Nakba, but rather turned the tables on me and presupposed that as a fellow Israeli citizen I would be at least tacitly supportive of the “Zionist project.” She also put virtual words in my mouth regarding an unwritten analogy between one historical atrocity and another. If there is a general take-home in this personal story, perhaps it is that we must resist the temptation to “just help out an old friend” regardless of their political affiliation and come to the stark realization that too often people living in Israel are stuck in views that perpetuate the hegemony of Zionism. One of the roles of BDS, as I see it, is to force such Israelis, especially the intellectuals amongst them, to snap out of these seemingly perpetual viewpoints, where “dialogue” has failed. Because if they don’t snap out, they will find themselves isolated in a very lonely blue-and-white ivory tower.