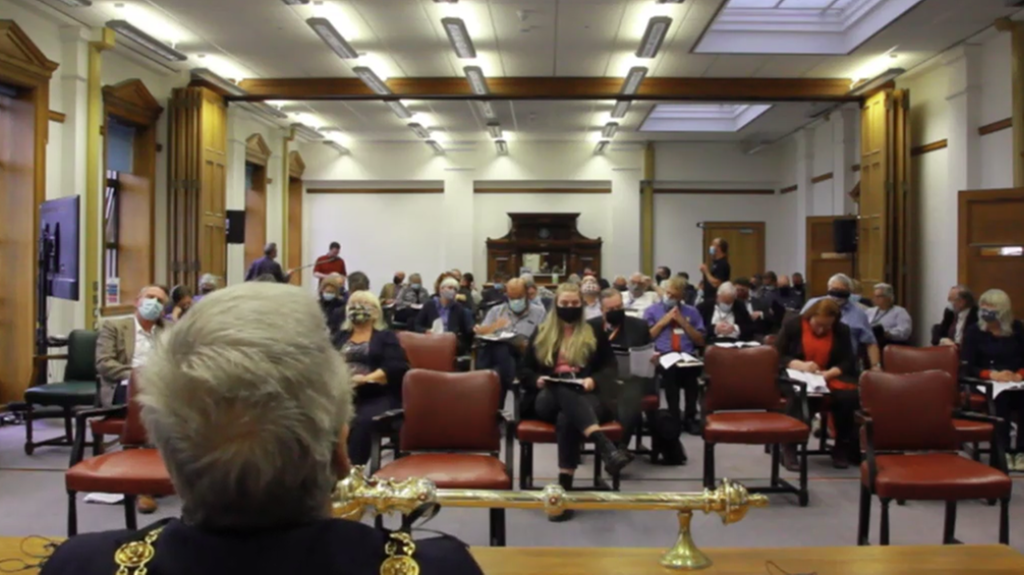 At a Lancaster City Council meeting held on Wednesday night, councillors passed a motion stipulating that the local authority would “condemn Israel’s breaches of international law and killing of Palestinian civilians”.

The council also voted to write to the county council’s pension fund – Lancashire County Pension Fund – and the Local Pensions Partnership “urging that they adopt policies requiring them to divest from all companies active in illegal Israeli settlements in Palestine and all arms companies which supply weapons to Israel”.

The county council currently has around £8 million invested in companies deemed by the Palestine Solidarity Campaign to be linked to West Bank settlements.

Addressing the council meeting on Wednesday, Mr O’Dwyer-Henry said: “(Israel’s) human rights abuses and breaches of international law are egregious and undeniable, by voting for this motion we can play our small part in a global movement of BDS in opposition to the daily death and destruction unleashed on Palestine.

“By voting for this motion we will be sending a message to the government, which is planning on introducing new laws banning councils from exercising our democratic rights to support BDS.”

Green councillor Gina Dowding, who seconded the motion, told the meeting that the BDS would not put the pension fund’s financial and fiduciary duty at risk.

She said: “(The fund has) choices and they have options and one of the purposes of this is to say there are reputational risks if we carry on investing in companies that are operating in illegally occupied Palestinian territories.

“People.. want to know that their pension money isn’t coming from any companies who are abusing the international system and doing things illegally.”

During the meeting Mr O’Dwyer-Henry told councillors his motion was of great importance to residents, and in particular Lancaster University students, living in his ward.

However, when asked whether any Jewish students or Lancaster Jewish Society were consulted on the motion, Mr O’Dwyer did not confirm this to be the case.