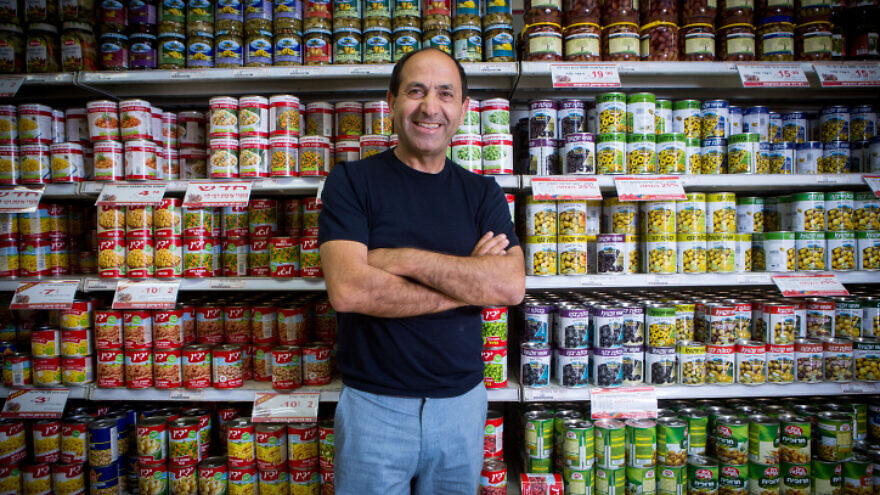 Portrait of Rami Levi in his supermarket in Jerusalem. Levy operates a chain of 27 discount supermarkets in Central and Northern Israel employing over 5,000. It also distributes wholesale to 450 stores in and around Jerusalem. The company has diversified into retail clothing sales, real estate, and cellular communications, with 20 stores of Rami Levy Communications selling cellular phone services at a discount. June 23, 2016. Photo by Miriam Alster / FLASH90.

Israeli supermarket and telecoms magnate Rami Levy on Monday filed a defamation lawsuit against the United Nations Human Rights Council over claims his company violates international law by operating in Judea and Samaria.

The claim, to the tune of NIS 280,000 ($82,000), was filed with the help of Shurat HaDin – Israel Law Center, after Levy’s supermarket chain, which has several locations in Judea and Samaria, was included in a list of businesses the UNHRC determined were operating illegally.

The suit, filed with the Jerusalem Magistrates’ Court, claims that operating in Judea and Samaria does not constitute a violation of international law or Palestinians’ rights.

“Jews and Palestinians are employed equally by Rami Levy. It can be said that the plaintiff companies improve the rights of Palestinians and their financial well-being immeasurably,” Shurat HaDin wrote in the claim.

The advocacy group further claimed that the UNHRC was “violating its own charter by specifically singling out Jewish-owned businesses.”

Levy, whose brand holds the second-largest market share in Israel’s food industry, said in a statement, “I believe in true coexistence. All of the workers in our market chain are employed regardless of differences in religion, race or nationality and are equally entitled and even earn three times the wages of what is the average wage in the Palestinian Authority. We are happy to serve all customers regardless of religion, race and nationality, and we will continue to do so.”