Hidden anti-Semitism in Students for Justice in Palestine 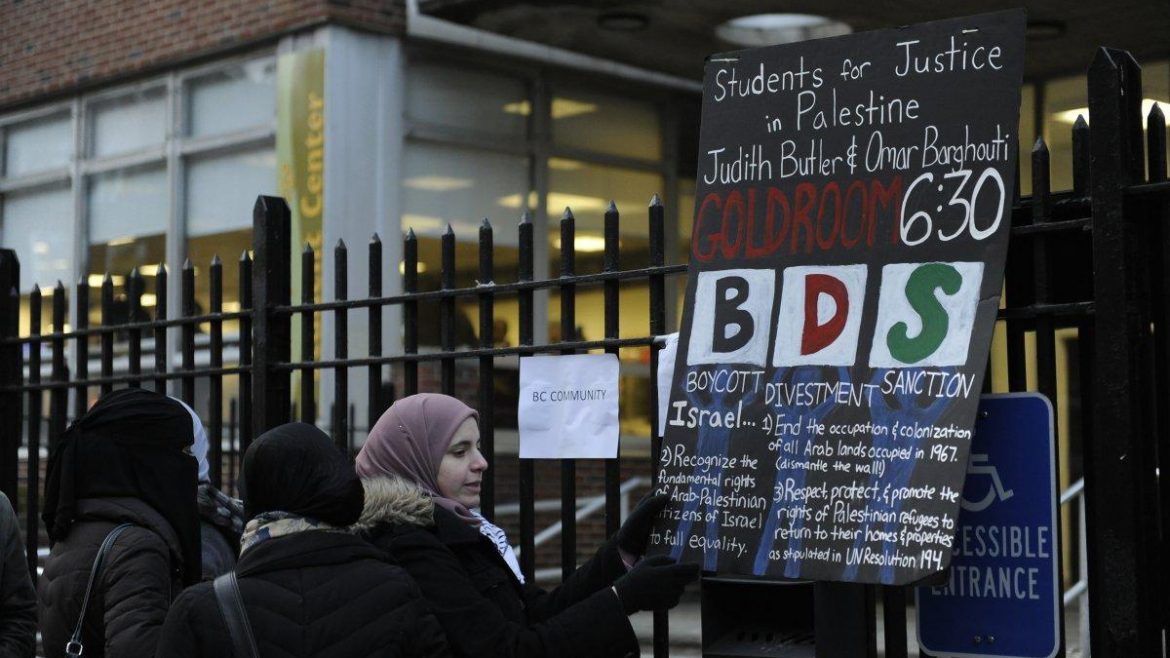 On campuses across the country — including at City University schools — students have mounted campaigns for waging economic war on Israel.

Students for Justice in Palestine has been a primary leader of the drive. Often, its language and tactics have been ugly.

At a Harvard Law School forum last month, an SJP leader asked Tzipi Livni, who serves in the Knesset and is a former Israeli justice minister, “How it is that you are so smelly?”

Here in New York, the Zionist Organization of America accused SJP of creating an atmosphere of rampant anti-Semitism on some CUNY campuses, prompting the university to engage independent counsel to investigate, and sparking calls in the state Legislature to boot SJP from campuses.

Abhorrent as SJP’s views may be, the group’s First Amendment rights must be protected — but only to the point that they become overtly harassing or threatening to others.

That said, it is crucial to recognize that SJP is insidiously playing other student activists for dupes.

An eye-opening analysis by the Foundation for the Defense of Democracies has traced SJP’s support to Palestinian leaders who have had ties to the Hamas, the terror organization pledged to Israel’s destruction.

While building support with tales of alleged Israeli atrocities, SJP’s ultimate goal is not to improve Palestinian lives in peaceful coexistence with Israel but to wipe out the Jewish state once and for all.

FDD researcher Jonathan Schanzer, who served as a U.S. Treasury terrorism finance analyst from 2004 to 2007, pulled the curtain back by studying American Muslims for Palestine, a Chicago-based group that is at the forefront of the BDS campaign.

According to Schanzer’s thoroughly documented findings, at least seven AMP members or officials “have worked for or on behalf of organizations previously shut down or held civilly liable in the United States for providing financial support to Hamas.”

One such organization, the Holy Land Foundation, sent more than $12 million to support Hamas, leading to the imprisonment of five of its officials for providing material support for terrorism. Three foundation workers, including one named as an unindicted co-conspirator, are associated with AMP, Schanzer told a congressional committee.

At an AMP conference in 2014, a lawyer advised group members on “how to navigate the fine line between legal activism and material support for terrorism,” the Daily Beast reported.

Schanzer describes AMP as “arguably the most important sponsor and organizer for Students for Justice in Palestine,” providing “speakers, training, printed materials” and “grants to SJP activists.”

Students for Justice tactics at CUNY have included joining a day of protest against tuition hikes and student debts, as if those issues are aligned with the terror-driven conflict inflicted on the Israelis by Palestinians.

Look past the shouting about tuition and the characterization of CUNY as run by a “Zionist administration,” and you arrive at the Omar Barghouti, a founder of the BDS movement.

“Palestinians can develop their (rockets) forever, but that will never hurt Israel as much as a sustained boycott campaign, a non-violent boycott, divestment and sanctions campaign in Europe, North America and Asia, a la South Africa,” Barghouti has said, while frankly stating that the goal is a single Palestinian, non-Jewish state.

SJP is taking students on a cynical, deceitful ride.

Hidden anti-Semitism in Students for Justice in Palestine