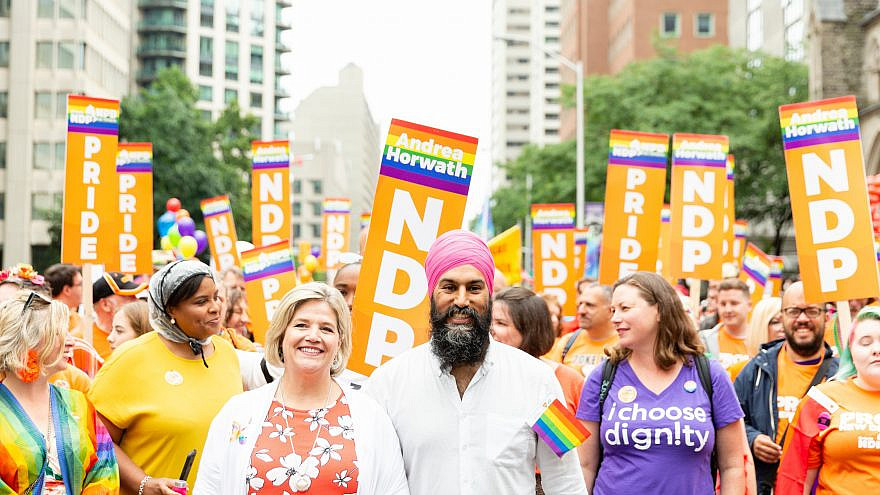 Members of Canada’s progressive New Democratic Party (NDP) have voted overwhelmingly to endorse a boycott against Israel during its recent party convention.

At its virtual party convention on April 10, the NDP—the third-largest party in Canada—adopted the resolution “Justice and Peace in Israel-Palestine” that calls for a boycott of products emanating from Israeli settlements, as well as an arms embargo on Israel.

“The adoption of this motion today was a result of a groundswell of support from the grassroots membership,” said Amy Kishek, one of the lead organizers for the resolution at the NDP convention. “Not only is this position hugely popular with the NDP membership, but it is something that is supported by the vast majority of the Canadian labor movement as well as the Canadian population at large.”

Founded in 1961, the NDP is a progressive party led by Jagmeet Singh. It currently holds 24 seats out of 338 in Canada’s House of Commons.

Speaking after the resolution’s passage to reporters, Singh defended it, saying that in order to find a solution to the Israeli-Palestinian conflict, that “some pressure is required. And that’s something I support.”

Singh also brushed aside allegations of anti-Semitism in his party, saying “I have a really strong commitment to fighting anti-Semitism. I am committed to that.”

Shimon Koffler Fogel, president and CEO of the Centre for Israel and Jewish Affairs, said the adoption of the resolution “highlights a toxic obsession with Israel to the serious detriment of the party.”

“It is staggering that, given the state of the world and the consequential issues before us, including the pandemic, the NDP placed this resolution and one other targeting the Jewish community on the list of top foreign-policy concerns,” he said in a statement.

He added that by doing so, the NDP “ignored catastrophes unfolding in Syria, Ethiopia, Myanmar, Brazil, Hong Kong and elsewhere around the world. That is shameful.”

Fogel called on the NDP to end its “pathological preoccupation with Israel” if it wants to play a constructive role in bringing about peace between the Israelis and Palestinians.

“This unbalanced and obsessive concern with Israel renders the NDP irrelevant on this subject and interferes with the party’s ability to address issues that should be core to the progressive agenda,” he said.