“Policy Order #109 had one clear purpose—to leverage the Cambridge City Council to advance the narrow political interests of advocacy groups whose sole purpose is the demonization, isolation and eventual destruction of the State of Israel,” said Rob Leikind of the American Jewish Committee. 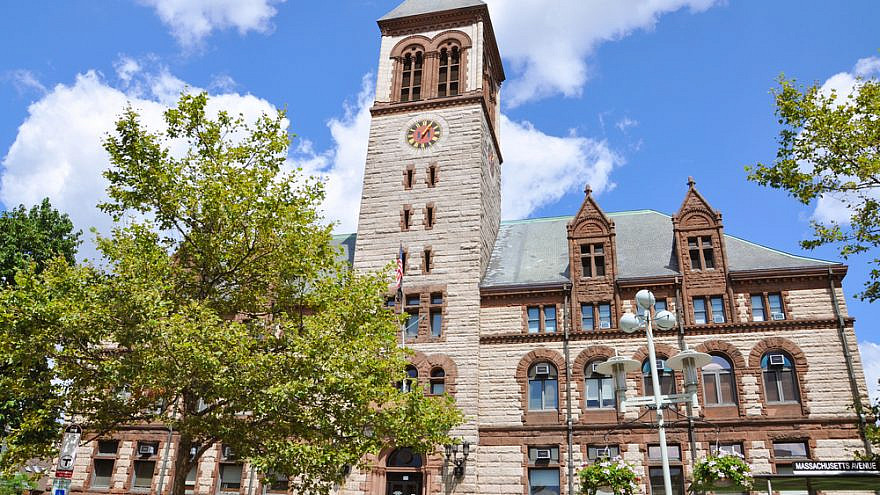 The city council of Cambridge, Mass., rejected a resolution supporting the BDS movement.

The resolution, Policy Order #109, was voted down after nearly seven-and-a-half hours of public testimony by more than 300 people late Tuesday.

The proposed resolution sought to direct the city manager to “review corporate contracts and identify any companies that are in violation of Cambridge’s policy on discrimination, including (but not limited to) Hewlett Packard Enterprise and Hewlett Packard Incorporated over their role in abetting apartheid in the Middle East.”

Cambridge, however, has not had any contracts with Hewlett Packard since 2014, the city said.

The boycott was proposed by Mass Against HP, a working group of Jewish Voice for Peace, on the basis of HP’s provision of computers to the Israeli military. MAHP is supported by Our Revolution Cambridge, Democratic Socialists of America, and Students for Justice in Palestine, all of whom cooperate with the BDS movement which is dedicated to the ultimate destruction of Israel.

“We regret that the City of Cambridge allowed itself to become an agent for proponents of the BDS movement. This is the agenda of those who reject compromise and co-existence. Hardly, the place for the governing council of a racially, ethnically and religiously diverse city,” he said.

According to AJC, more than 150 people spoke out against the resolution, and 250 Cambridge residents signed a letter opposing it.

The letter was organized by AJC New England, ADL New England, the Israeli-American Council, the Jewish Community Relations Council of Greater Boston and Combined Jewish Philanthropies, Boston’s Jewish Federation. It was submitted to the City Council ahead of the vote.

A substitute policy order replacing Policy Order #109 was introduced and adopted by the city council. This substitute order recognizes Israel’s right to exist and defend itself, and criticizes Hamas alongside the Israeli government.

However, the substitute policy order also calls for the City Manager to review the government’s business relationships with companies that engage in discrimination or human-rights violations anywhere in the world, but it does not single out Israel.

Avi Posnick, StandWithUs Northeast and New England Regional Director, welcomed the decision, saying “at a time when Jewish communities around the world are being attacked by pro-Hamas racists, it is especially important that a majority of Cambridge City Council members said no to this campaign of hate.”

He noted that “just this week, BDS-supporting ‘protestors’ have assaulted Jews in New York, Los Angeles, Toronto and elsewhere. We applaud council members who recognized that BDS would harm their community and only fuel more conflict between Israelis and Palestinians.”

“We commend the Cambridge City Council for taking the time to hear from every one of their constituents who testified on this important matter, and greatly appreciate the outpouring of opposition to BDS that came from a diverse range of citizens and leaders in the Cambridge community,” said Jeremy Burton, Executive Director of the Jewish Community Relations Council in Boston.

“The fight against the BDS movement has grown as its proponents have become bolder, more organized, and more sophisticated than ever before. It’s up to us to remain vigilant and call out this divisive tactic whenever and wherever we see it. This was a collaborative effort and a powerful example of what we can achieve when we work together.”

“Policy Order #109 had one clear purpose—to leverage the Cambridge City Council to advance the narrow political interests of advocacy groups whose sole purpose is the demonization, isolation and eventual destruction of the State of Israel,” said Rob Leikind of the American Jewish Committee.