The Hideous Hypocrisy Of BDS And Allegations Of ‘Pinkwashing 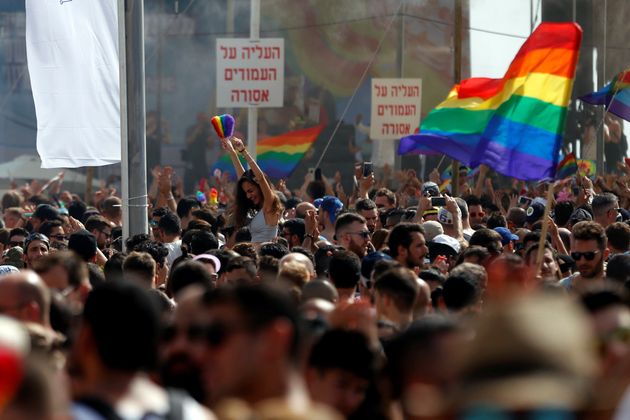 “The hideous hypocrisy of those who hate Israel knows no bounds.” That indictment of the anti-Israel Boycott, Divestment and Sanctions movement, along with its supporters in the “Pinkwashing Israel” group, came this week from Evan Cohen, who heads an LGBT organization called “Likud Pride” within the ruling Israeli political party.

The statement came in response to the pullout of several participants from the Tel Aviv International LGBT Film Festival, known as TLVFest.  The festival began June 1 and lasts for 10 days; those who withdrew include a South African director, a Canadian-Pakistani screenwriter and actor, a Swiss actor and a Palestinian jury member now living in Denmark.

They all, apparently, caved under pressure from “Pinkwashing Israel,” which absurdly claims the annual event “promotes the cynical use of gay rights – known as pinkwashing – to distract and normalize Israeli occupation, settler colonialism, and apartheid.”

I have participated in TLVFest;  my documentary “Undressing Israel: Gay Men in the Promised Land” was screened there in 2013, and the pinkwashing “theory” would be utterly laughable if it were not such an obvious cover for the hatred of Jews and the demonization of Israel.

Who are the creators and organizers of TLVFest?  They are among the most liberal, anti-occupation, pro-Palestinian voices in Israel.  How do I know this?  Because when I was pitching my documentary to them, they initially rejected it, calling my film pro-Israel propaganda, and wrongly referring to my stand against human rights violations in Muslim countries as “Islamophobia.” It was only due to the intervention of many people in the Israeli LGBT community that the documentary was ultimately accepted.

The goal of the BDS movement ostensibly is the removal of an Israeli presence in the “occupied territories” and the establishment of a Palestinian state alongside Israel.  But that’s exactly what all so-called progressive, liberal Israelis, such as those behind TLVFest, are seeking.

And that’s what gives the lie to BDS and its vile pinkwashing offspring.  The fact that they would boycott a festival designed to “bring LGBT programming from around the world, and promote tolerance and pluralism in Israel through culture,” shows that their true aim is the complete elimination of the Jewish state.

Two members of the festival’s jury, Samira Saraya and Maysaloun Hamoud, are Palestinian Israelis. The films shown have often addressed the Palestinian experience, from the Palestinian point of view.  But BDS, in truth, cares nothing about Palestinians and human rights. We hear nothing from these activists about the deaths of hundreds of thousands in Syria and the displacement and suffering of millions, the tossing of gay men off rooftops in Iraq, the beheadings and amputations in Saudi Arabia, and that country’s flogging of its citizens engaged in “sexual deviance.”  On all that, they are silent.

What gets BDS advocates fired up? A gay film festival that, as Cohen of Likud Pride told the Jerusalem Post, “is a symbol of equality, human rights, and gender tolerance.” Cohen pointed out the insanity of boycotting an LGBT film festival in the only country in the Middle East that acknowledges and celebrates its gay citizens, while Yael German, a member of Israel’s Knesset (parliament), called the BDS effort proof that it is a “racist movement motivated by hatred.”

If nothing else, this should all be a loud wake-up call to leftist, gay Israelis.  BDS does not share their goals. It does not dislike Israel because of its policies in regards to Palestinians. It simply is old-fashioned Jew-hatred disguised in its modern, more politically correct form: anti-Zionism. We have seen anti-Semitism change throughout history from its original religious basis to racial discrimination to its current guise, the view of Israel as the “collective Jew” responsible for  the world’s problems.. but it is all bigotry.

Despite the fact that BDS has managed to brainwash gullible young people on American college campuses, it is essentially a failure.  It has had no economic impact on Israel, and 19 U.S. states so far have passed anti-BDS legislation that prohibits doing business with companies that boycott American allies. TLVFest is going on with most of its major planned participants in attendance, legendary entertainers continue to perform in Israel, and even the Federation of International Lacrosse just announced that its next world championship will be held in the Israeli city of Netanya.

TLVFest is part of Tel Aviv’s Pride Week celebration, which culminates in a huge annual parade.  At the same time, the country is marking the 50th anniversary of the Six-Day War, in which those who never came to terms with Israel’s creation in 1948 tried unsuccessfully to push its inhabitants into the sea.

Now the ideological cousins of Jew-haters around the world, the BDS movement and the useful idiots it attracts, such as “pinkwashing” activists, believe they can destroy the world’s only Jewish state through their efforts.

The Hideous Hypocrisy Of BDS And Allegations Of ‘Pinkwashing