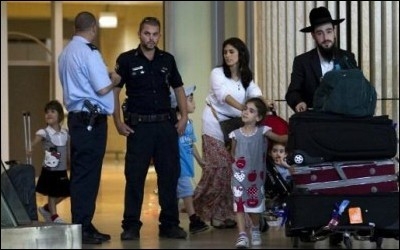 Hugh Lanning, a British citizen and chairman of the Palestine Solidarity Campaign, was denied entry into Israel on March 12, the first militant anti-Zionist to fall “victim” to a new law banning entry to any foreigner “who knowingly issues a public call for boycotting Israel.”

“Whoever acts against Israel should understand that the rules of the game have changed,” Strategic Affairs Minister Gilad Erdan said afterwards.

Prior to the new law, anyone from a “friendly country” who came to the Jewish state could stay on a three-month entry visa unless specifically singled out for non-entry by the Interior Ministry. As Miriam Elman notes, the new law places the onus on visitors connected to boycott movements to explain why they should be granted admission.

The ambiguous language can be construed as applying not only to those, like Lanning, who are involved in the Boycott, Divestment, and Sanctions (BDS) movement, but also to those who embrace what I call Backdoor BDS – accepting and advocating some parts of the BDS program, such as boycotting only “West Bank” products or sanctioning only certain Israelis.

The law is a determined act of self-defense, an increasingly rare occurrence among free nations in the 21st century. As one of the bill’s sponsors explained, “Preventing BDS supporters who come here [from] hurt[ing] us from the inside is the very least we should be doing against haters of Israel.”

The English philosopher Thomas Hobbes (1588-1679) called self-defense the “second principle of natural law.” Only the foolish and the dead refuse to defend themselves.

Yet many in the media and academia find fault in Israel defending itself.

Making no attempts to disguise its contempt for Israel, The New York Times misleads its readers with the headline “New Israel Law Bars Foreign Critics From Entering the Country.” Preventing entry of “critics” is not the same as preventing entry of enemies who are determined to undermine and delegitimize the country.

American academics have responded to the new law in ways that will not surprise those who follow such matters. The BDS-ers are outraged that they will have to contain their activities to countries other than the one they are attempting to erase. Backdoor BDS-ers are worried they will be conflated with “genuine” BDS-ers. And of course everyone is concerned about their academic freedom, as Elizabeth Redden documents at Inside Higher Ed.

So bravo to the 46 Israeli politicians who stood up for the Jewish state (28 voted against it). No longer can Judith Butler fly into Israel, catch a show in Jenin, give a lecture at Birzeit, and then fly home to denounce Israel and humanize terrorists. MLAMJP members wishing to visit Israel (or “Palestine”) to write up fanciful reports of oppression will have to fly into Egypt, take a bus to Gaza, and then enter the country through the network of tunnels traversed by Hamas bombers and stabbers.

Good luck with that.

A.J. Caschetta is a Shillman-Ginsburg fellow at the Middle East Forum and a senior lecturer at the Rochester Institute of Technology.