The strategic affairs ministry – not the foreign ministry – is responsible for spearheading Israel’s efforts against BDS. 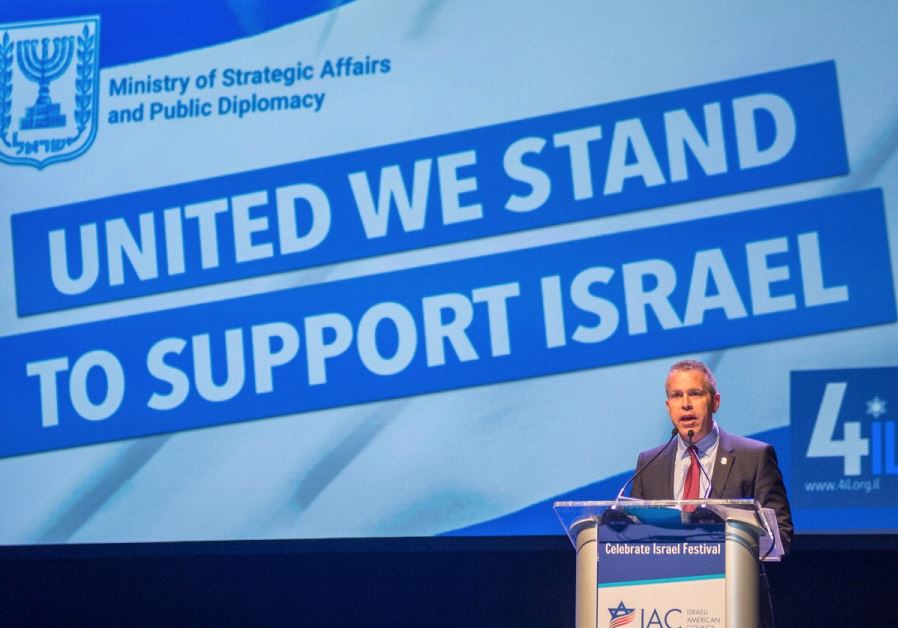 European countries and the EU are directly and indirectly providing millions of euros to organizations promoting the BDS movement, Public Security and Strategic Affairs Minister Gilad Erdan is expected to tell European colleagues during his current visit to Germany and Italy.

The Strategic Affairs Ministry – not the Foreign Ministry – is responsible for spearheading efforts against BDS, and Erdan said before leaving on Thursday that while the continent does not support a boycott of Israel, in actuality “it finances it and allows it to operate freely.”

According to Erdan’s office, state funding from Europe for organizations involved in BDS is “one of the main funding sources of the movement.”

Erdan will also raise the issue of what his office said are BDS links to terrorist organizations. His ministry said it will issue a report in the coming days revealing the “revolving door” that exists between terrorist groups and BDS organizations. He will call on European leaders to stop all official funding to NGOs that promote BDS or have links with terrorist groups.

“Europe is the center of the BDS movement,” Erdan said. “These organizations – in which many of their activists have a history of terrorism – are funded in large amounts from the countries on the continent, as they promote antisemitic activity that aims to demonize Israel and undermine its legitimacy as a Jewish and democratic state.”

Erdan said that Israel was beginning to see signs of its efforts against BDS in Europe, in the form of legislation and court decisions against BDS, as well as in the closing of the bank accounts of anti-Israeli activists, and the unprecedented mobilization of pro-Israel activists to fight the boycott.

Erdan is scheduled to speak at a pro-Israel conference in Frankfurt on Sunday, and in the Italian Senate the next day. He is also scheduled to meet senior government officials in both countries, and criticize – at least in Germany – the government for its flourishing economic ties with Iran.

The strategic affairs ministry – not the foreign ministry – is responsible for spearheading Israel’s efforts against BDS.
Skip to toolbar