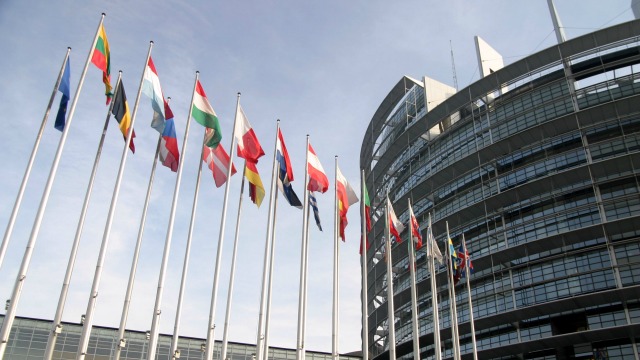 EU regulations singling out Israeli products made in the West Bank “detrimentally affect” European businesses, the head of a French food company said this week.

Addressing lawmakers at a European Parliament hearing on Thursday, Sydney Knafou — the CEO of Casimex — stated, “I am here before you today, as a European businessman and a supporter of European integration, to alert you to the fact that these regulations may have serious consequences with regard to my ability to compete globally, my existing contracts in the European Union, and, ultimately, the jobs I created for my European employees.”

“For several years now, but, crucially, in the last few months, my business has been disrupted by unhelpful statements made at the EU level which are politically motivated and unrelated to any legitimate European business concern,” Knafou went on to say. “With the adoption of the United Nations Security Council Resolution 2334 in December 2016, this trend is increasing.”

“I am told by my lawyers that the UN Security Council resolution is not binding and that its legality is, at the very least, questionable. However, the resolution still calls on states to distinguish, in their relevant dealings, between the internationally-recognized territory of the State of Israel, and the disputed territories, controlled by Israel for all purposes relevant to EU commerce, since 1967.”

I am not a lawyer or a foreign policy expert, and I am in no way a representative of the State of Israel. I am, however, an experienced European businessman, who is gravely aware of the potential for harm which will be suffered by EU businesses if these policy suggestions are adopted or incorporated as commercial regulations by the European Commission.

In addition to the undue commercial and legal pressures my business would face as a result of such a move by the Commission, is the vulnerability that my business, my employees, my suppliers and my clients would face from the violent activists who will take every opportunity to attack my business or to scare my clients.

This is untenable. This is also unacceptable for a business, like mine, that should be protected, not undermined, by the European Union.

Referring to the settlement product labeling notice issued by the European External Action Service (EEAS) in November 2015, Knafou noted that while it was not legally binding, it was “presented as interpreting binding EU law. It says that products that I import from Israel, with Israeli certificates and according with EU customs legislation, cannot be labeled as ‘Made in Israel.’ However, the notice fails to indicate exactly how these products should be labeled.”

“It is unworkable, even for our lawyers, because it is vague and its mandate is undefined,” he stated. “Moreover, it is completely inconsistent with the precedents set by various European courts, including the European Court of Justice…What does the European Union want EU businesses to do in this context? Trying to discern the EU’s intent is a costly endeavor which does not in any way protect or advance European commerce.”

“There is no justification,” Knafou declared, “for penalizing EU businesses on the basis of foreign policy objectives. None…this disrupts trade in a manner that is incompatible with international trade law, without a proper legal basis under EU law, and in a manner that is completely disproportionate in light of the objectives of the European Union.”