BDS and Antisemitism: Examining the Ministry of Strategic Affairs Report

In the face of criticism which delegitimizes Israel’s right to exist as the homeland of the Jewish people, the ministry’s report is a starting point. 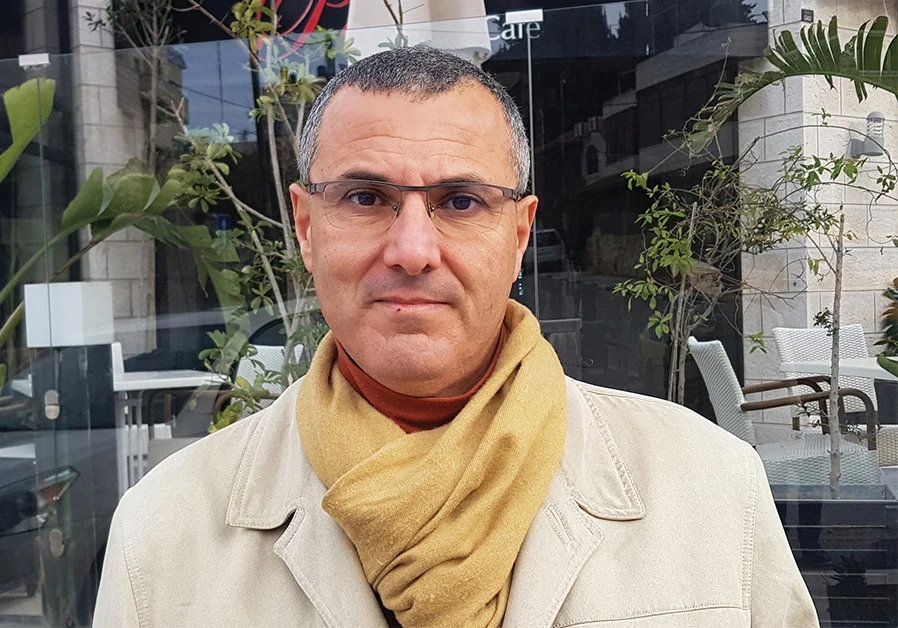 Omar Barghouti, founder of the Palestinian Campaign for the Academic and Cultural Boycott of Israel and a co-founder of BDS. (photo credit: REUTERS)

In recent days, Israel’s Strategic Affairs Ministry published a report documenting some 100 examples in which activities of the Boycott, Divestment and Sanctions (BDS) campaign qualify as antisemitic, based on the International Holocaust Remembrance Alliance (IHRA) working definition of antisemitism, which has been adopted by 15 countries and by the European Parliament. Given the difficult task of operationalizing what antisemitism is, all cases documented in the report manifest at least one of the following characteristics: expressions of classic antisemitism; Holocaust inversion; and denial of the Jewish people’s right to self-determination.
Three central claims emerge from the more than 90-page report.
• One: Delegitimization and demonization of the State of Israel by the BDS movement invariably results in the stigmatizing of Jews worldwide and in Israel.
• Two: Some members of the BDS leadership are antisemitic.
• Three: The argumentation patterns and methods of the BDS movement – which include the denial of the Jewish people’s right to self-determination in their ancestral homeland and the singling out of Israel for boycott – are antisemitic.
It is worth scrutinizing each of these conclusions separately.
• The first point, which links the delegitimization of Israel spearheaded by BDS to the stigmatization of Jews, is also reflected in research conducted by the Institute for National Security Studies, based in large part on interviews with members of Jewish communities across the globe. We have seen this phenomenon play out in the personal security sphere. One domain in which the connection between BDS and manifestations of antisemitism is most readily traced in our research is the academic realm.
In this setting we found that Jewish (and Israeli) students studying on campuses outside of Israel fear for their personal safety, are intimidated by BDS activists, and experience obstacles related to their Jewish identity in competing for student leadership positions. While it is impossible to trace every antisemitic manifestation experienced by students to BDS, the ministry’s report is instrumental in demonstrating the connection between BDS and antisemitism on campus life through the documentation of antisemitic imagery and rhetoric adopted by student BDS-promoting organizations.
• On the report’s second finding that some members of the BDS leadership are bona fide antisemites, we emphasize that whereas this assertion is true, it is equally important to note that there are many BDS supporters who are not antisemitic. As such, there are stark differences between the campaign’s core activists who display antisemitic characteristics, and many (probably most) of the campaign’s supporters who display solidarity with the Palestinian cause and with the campaign’s call for “freedom, justice and equality”. Indeed, some BDS supporters may believe that endorsing the campaign is the best way to voice criticism relating to Israel’s government policies – disconnected from any personal antisemitic sentiment.
To this, we add that the Israeli-Palestinian conflict that has been raging for decades is anchored in a deep-seated historical context. There are different (even opposing) narratives relating to the conflict’s milestones and it is near impossible to fathom the complexities of this conflict as a side-interest, based on social media feeds. Many BDS supporters on college campuses, however, form their opinion and understanding of the conflict precisely through these digital means or through the linkage of the Palestinian cause to other issues they identify with (gender and LGBTQ struggles, or discrimination against African Americans for example). Paint-brushing these students as antisemitic because of their support for BDS is not only wrong, it is also counter-productive. Instead of engaging in conversations – which ultimately replace exclamation marks with question marks – such a harsh assertion drives these students further away from Israel.
Perhaps in a manner that diverges from the ministry’s report, our research asserts that on the one hand, BDS is not a monolithic antisemitic bloc. On the other hand, there are harsh antisemitic manifestations that have no connection to BDS whatsoever. In the same vein, we acknowledge the findings of academic research asserting that nowadays, most manifestations of antisemitism around the world are sourced in right-wing, white supremacist ideologies rather than in left-wing, liberal ideologies promoted by BDS. A harsh example is the shooting of Jews in American synagogues.
• As to the report’s third point that BDS argumentation patterns and methods are antisemitic, and that BDS denies the Jewish people’s right to self-determination in their ancestral homeland: This denial – demonstrated by the three goals outlined in the BDS Call (2005) – coupled with the lack of a coherent plan to improve the Palestinians’ situation, can certainly qualify BDS as more anti-Israel than “pro-Palestinian.”
This highlights the disparities between BDS and non-violent movements with which BDS aspires to be affiliated. A poignant example is the Anti-Apartheid Movement (AAM) which strove to abolish apartheid in South Africa, a struggle frequently cited by BDS as resembling their own. While BDS structure, organizational platform, call for solidarity and (some) operational tactics draw inspiration from AAM, the negative campaign’s goals and harsh, loathing language pointed against Israel are the complete antithesis of the inclusive “rainbow nation” narrative that typified the South African struggle.
Further to this complex situation, we, Israelis and Israel supporters across the globe, need to clearly define the limits of legitimate criticism against government policies from which no country in the international system is immune. In response to legitimate criticism, Israel needs to investigate, rectify and report of steps actively taken by the state to repair wrongdoings.
In the face of criticism which delegitimizes Israel’s right to exist as the homeland of the Jewish people, and consistently undermines the personal safety of Jews living outside of Israel – the ministry’s report is a starting point. Simultaneously, Israel must continue to make every effort to promote a resolution to the Israeli-Palestinian conflict and avoid adopting measures with the potential of eroding the state’s democracy – as part of the counter smear-campaign.
Maj.-Gen. (ret.) Amos Yadlin is the executive director of the Institute for National Security Studies and the former chief of IDF Military Intelligence. Dr. Michal Hatuel-Radoshitzky is a research fellow at the INSS and a lecturer at Tel Aviv University and the University of Haifa.

BDS and Antisemitism: Examining the Ministry of Strategic Affairs Report

In the face of criticism which delegitimizes Israel’s right to exist as the homeland of the Jewish people, the ministry’s report is a starting point.
Skip to toolbar