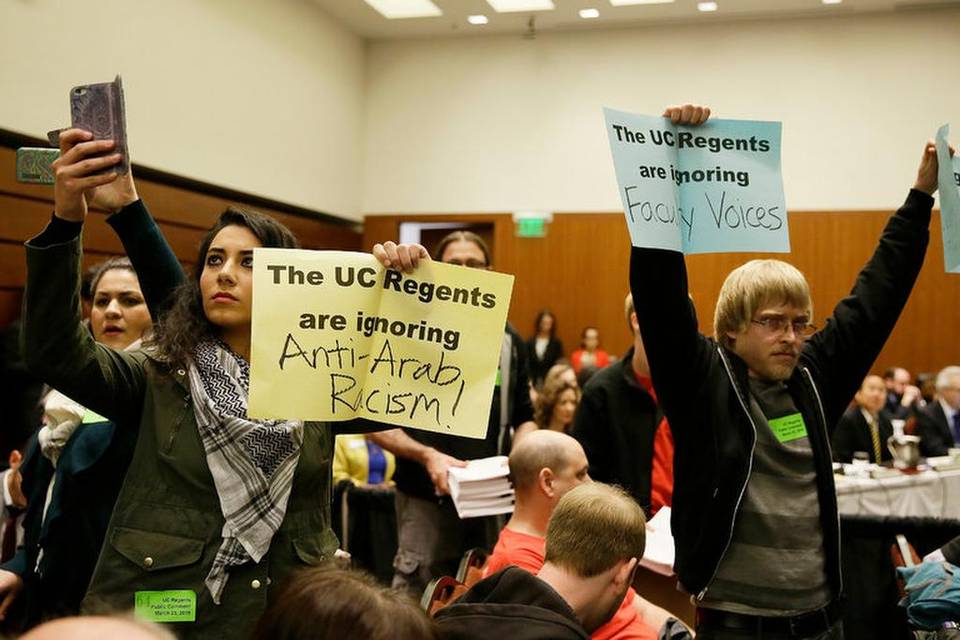 In 1966, while attending the University of Illinois, Chicago campus, I came across an opportunity to register for the course in “Black-American History” under the direction of Professor Arna Bontemps, a highly respected black poet.

For the first time in my life, I found myself a distinct minority, yet a welcomed addition to the class. Bontemps and I would often discuss the common experiences of oppression and prejudice that African Americans and Jews shared. To ameliorate this, he advocated for strong federal and state laws to assure students of color — and other minorities, by extension — their opportunity for fair treatment while pursuing the great American equalizer, higher education.

Fast forward 50 years, and I find the hateful behavior once openly practiced against people of color on campuses across the United States, currently directed toward pro-Israel, Jewish youth and the small number of non-Jewish students who share the same philosophy. The result is a visibly hostile college environment to silence Jews and others who openly advocate for Israel, the chief ally of the United States in the Middle East. This injustice must not be allowed to go unrecognized and unchallenged, on any campus, at any time.

Frequently reading about the escalating threat towards Jews worldwide, I see the seeds of such extremism being planted in an ever increasing number of American university and college campuses, little doubt a result of societal inaction.

Even in the presence of this disturbing trend, there are those in the community who believe that pro-Israel, Jewish children and their supporters do not require shelter from the harsh realities of the anti-Israel/anti-Zionist rhetoric they encounter at school. For whatever reason, these representatives overlook the potentially dangerous consequences. Instead, they advocate possessing a strong knowledge base from which to draw logical oral defensive arguments. Yet, this tactic may not be sufficient to enable this minority group to hold their own against the haters, who relish hostile confrontation, especially without the firm and visible support from the educational institutions the pro-Israel Jewish students attend. Many, if not all, of these institutions of higher learning receive substantial funding from both state and federal resources. Yet, the governing bodies appear to be turning a blind eye to this egregious situation.

Knowing what I have experienced, as well as observing what is transpiring on many campuses across the United States, I strongly caution Jewish American parents against sending their children blindly into the current fray, without adequate knowledge, understanding and mandated protection from the educational institutions they are attending.