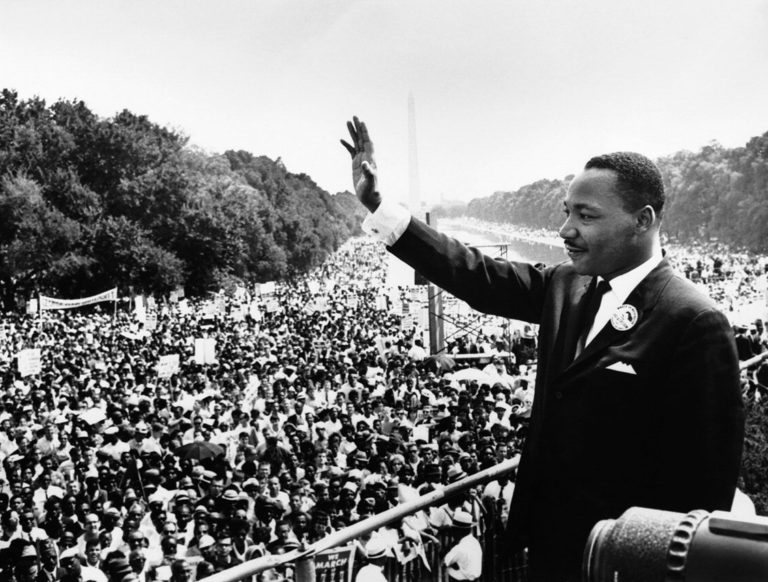 Whenever Martin Luther King Day rolls around, both pro- and anti-Israel forces skirmish over King’s legacy, borrowing tropes from the civil rights movement and quotes from its leader to support different sides in the Arab-Israeli conflict.

This rush to enlist Dr. King in our battles is understandable, given the “halo effect” that comes from having your movement associated with such a charismatic leader of such a noble cause. But given how many noble causes fail, what can we learn from the spectacular success of King’s branch of the civil rights struggle that can help guide our own battle against the Boycott, Divestment and Sanctions movement (BDS) — and against the wider anti-Israel propaganda campaign, of which BDS is just one component?

Many credit King’s triumph to his masterful combination of Christian messaging (delivered with the inspiring voice and cadence of the Black church) and the non-violent ethics associated with Mahatma Gandhi. But few understand the important role played by existentialist philosophy in the decisions King made.

This is not the place to explore that philosophy or King’s interpretation of it in any detail (although you can do so here and here). But boiling down the point to its essence: King understood that all of us (even if we can’t articulate it in such terms) are involved in a perpetual project of inventing who we are.

And if you asked most people about the person they’ve invented, they would probably not describe themselves as “narrow-minded,” “bigoted” and “hateful.” Rather, we all like to think of ourselves as being “good,” whether that good takes the form of being good Americans, good Christians, good Democrats, or whatever categories with which we identify.

So the reason behind King’s careful engineering of confrontations — such as marches chosen at locations likely to generate harsh responses that would play out on the nightly news — was not to rub white America’s nose in its own bigotry, but rather to create an unnerving contradiction between people’s self-characterization of goodness with ugly images of violence and repression in the name of those same “good people.”

When faced with such a disturbing contradiction, an individual has two choices: change his self-perception to embrace (or at least find room for) justifications of violence and repression, or change the world in order to eliminate the source of that disturbance. King banked on the fact that, as hard as it might be to change the world, changing self-perception — especially one of virtue — is even harder. And thus his brilliantly chosen tactics, dangerous though they were to him and his supporters, were aligned with the internal psychological “flow” of the people he wanted to reach.

Lack of this sort of existential empathy might explain the limited impact projects such as Black Lives Matter have had within the wider culture, since they seem to be more interested in generating feelings of guilt and self-disgust among large segments of the public. And even if you agree that America’s attitudes towards race have been and continue to be shameful, who wants to be involved with a project offering shame vs. one offering uplift?

Insights derived from the belief system that powered King’s movement can help us better understand the BDS project, and inform the best ways to fight against it. And it is to that first item — the BDSers’ existential strategy of destruction — that we will turn to next time.