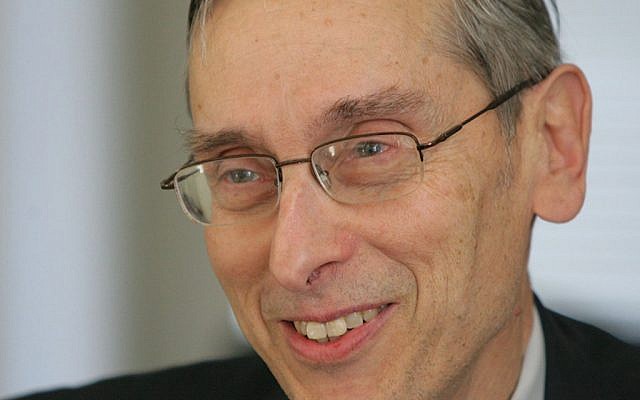 At a week-long conference on anti-Semitism held in Vienna in February, I presented a paper addressing responses to the blood libel through the ages and assessing modern historiography on its origins and impact. The final section, which dealt with contemporary accusations against Jews and/or Israel that some observers have labeled blood libels, highlighted The Right to Maim,[1] a recent book by Prof. Jasbir Puar of Rutgers University published by Duke University Press. The book has now been awarded the National Women’s Studies Association’s Alison Piepmeier Book Prize for scholarship focusing on feminist disability studies.  Even amidst the moral and intellectual wreckage that litters the academic landscape with respect to Israel, this award stands out.  I consequently present a slightly revised version of the final section of that presentation.

At the current historical juncture, the relevance of the blood libel transcends the renewed historiographical interest that marked the last four decades.  First, the libel itself persists in the statements and writings of some far from marginal figures in Arab countries and to a lesser degree even elsewhere.  Second, it has become such a paradigmatic specter for Jews that some accusations leveled at Israel are reflexively characterized as blood libels.

When Menachem Begin resorted to this term to characterize international criticism of Israel for the killings in the Lebanese refugee camps of Sabra and Shatila, he was, in my view, using the term improperly.  But Israel–and sometimes the Jewish collective–has in fact been subjected to imaginary accusations for which the blood libel metaphor is entirely on point.  Thus, Israel has been accused of poisoning Palestinians; harvesting their organs; thousands of Jews are said to have refrained from coming to work at the World Trade Center on that fateful September 11, with Jews responsible in whole or in part for the attacks.

Many hundreds of academics signed a statement before and shortly after the outbreak of the first Gulf War alerting the world to the possibility that Israel would take advantage of the distraction caused by the fog of war to take action against the population of the West Bank “up to full-fledged ethnic cleansing.”[2] The authors cite support by elements of the Israeli coalition for “transfer” of the Palestinian population, identify two members of parliament who allegedly advocate forcible expulsion, and assert that politicians regularly suggest such expulsion.

In fact, support for such action in the Israeli government was vanishingly negligible, and there was nothing remotely resembling a government plan to carry out such a policy.  Even had there been substantial support, the notion that millions—or at least hundreds of thousands–of West Bank Palestinians could have been expelled (to Jordan? to Lebanon? to the Sinai? to Syria?) during the course of a war when Israel was preoccupied with defending its civilian population against missile attacks, and this would go more or less unnoticed because the fog of war would distract world attention, is beyond risible.  The historian Gavin Langmuir proposed a term to characterize the blood libel, the host desecration charge, and the well poisoning accusation.  These figments of the anti-Jewish imagination should, he said, be termed “chimerical anti-Semitism.”  Here we encounter chimerical anti-Israelism.

Most recently, Duke University Press has published Jasbir Puar’s The Right to Maim, whose thesis has been described as a blood libel.  Puar asserts that Israel’s policy of shooting dangerous demonstrators or attackers in a manner that avoids killing them should be seen as a strategy of maiming the Palestinian population in order to create a debilitated people more easily subject to exploitation.  Written in the highly sophisticated language of theoretical discourse current in certain historical and social scientific circles, it has led a significant number of academics to shower the author with extravagant praise.

At the very beginning of the volume, the reader encounters a preface entitled “Hands Up, Don’t Shoot,” a slogan of the Black Lives Matter movement based on the alleged cry of the unarmed black man killed by a police officer in Ferguson.  While the author, whose support for the movement suffuses the entire preface, does not tell us that the victim actually said this, neither does she tell us that two investigations concluded that the assertion that he did is unequivocally false.  Thus, the attentive reader knows immediately that this author suppresses truth in the interest of political/ideological commitments.

Here are a few examples of the level of argument in this book.

“For many on both sides of the occupation, it is better to ‘die for your country’…than to face a life with a body that is deemed disabled.”  The last part of the sentence is a formulation that would not occur to anyone on either side of the conflict.  Puar invents it to lay the groundwork for the continuation, to wit, “‘Not killing’ Palestinians while rendering them systematically and utterly debilitated is not humanitarian sparing of death.  It is instead a biopolitical usage and articulation of the right to maim.”[3]

Even Puar cannot easily depict the roof knocks and phone calls intended to warn civilians before bombings in Gaza as part of a campaign to maim, but she is undaunted.  Such measures provided very short notice, they were useless for residents who are not mobile, and in the case of phone calls, they appear more like a “’reminder of how powerless [the Gazans] are’ given the control that Israel has over the telecommunication networks.” [4] These arguments do not even begin to address the undeniable reality that these tactics constituted efforts to avoid civilian deaths (and maiming), and they underscore the lengths to which Puar will go in pursuing her imaginary thesis.

Similarly, she presents Israeli attacks on Palestinian medical facilities, ambulances, and health workers as part of an intentional policy to debilitate.[5] There is not even a gesture toward finding a member of the IDF who indicates awareness of a policy of deliberate targeting of medical infrastructure and services because they treat the ill, disabled and wounded.  Since some Israeli soldiers have made vigorous, public assertions of unethical behavior by members of the IDF, and it is virtually impossible that this purported policy could have been kept secret from all soldiers and officers with such inclinations, the absence of such a reference speaks volumes.

Building on a hyperbolic statement by a Gazan Water Utilities official that it would be better if Israel would just drop a nuclear bomb on Gaza, she asserts with evident agreement that he is essentially saying that “it is as if withholding death—will not let or make die—becomes an act of dehumanization: the Palestinians are not even human enough for death.”[6]

It is by no means improper to classify this book as the rough equivalent of the blood libel.  Moreover, its publication and reception point to a development that is no less troubling, namely, the corruption of the academy.  During the Beilis ritual murder trial of 1913, the prosecution was hard pressed to find an academic who would testify that the blood accusation is true, and it had to mobilize a priest from Tashkent who was easily, if cleverly, discredited under cross-examination.  The Right to Maim was not only published by a respected university press.  It bears an effusive blurb from the prominent academic Judith Butler, and when a talk that Puar delivered at Vassar College on this theme was attacked in a Wall Street Journal article, nearly 1,000 academics ranging from distinguished professors like Rashid Khalidi of Columbia to graduate students–most of whom have no expertise in relevant fields– wrote a letter to the president of the university containing a similarly effusive declaration of the quality of her work and her standing as a scholar. [7] Thus, my instinct that a book like this, for all its footnotes and hyper-sophisticated jargon, should be ignored because of its manifest absurdity is, I am afraid, misguided.  Academics who care about Jews and Israel, and even those who care only about the academy itself, face a daunting challenge.