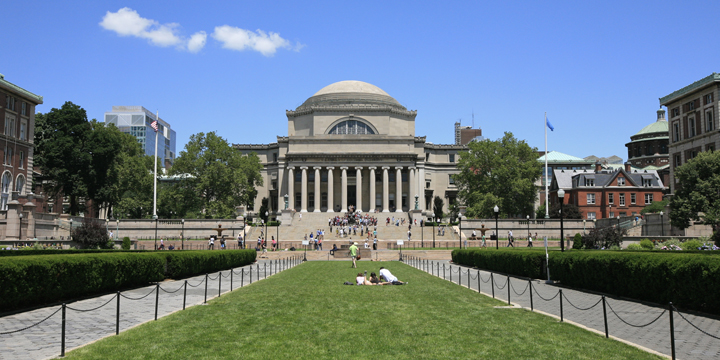 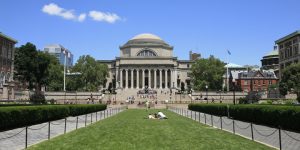 College campuses today are being challenged by profoundly intolerant behavior, the goal of which is to prevent some individuals and groups from expressing their opinions, beliefs, or identity — or from fully participating in campus life.

For Jewish and pro-Israel students, such behavior has become especially prevalent and challenging. On many college campuses, not only are positive statements about Israel demonized and delegitimized, but individuals who express these opinions are often intimidated, ostracized, and literally bullied into silence.

In the past few months alone, pro-Israel events have been aggressively disrupted at New York University, Syracuse University, UCLA, and the University of California, Irvine. Numerous flyers and graffiti stating “Zionists Not Welcome on Our Campus” were found all over San Francisco State University after an SFSU professor wrote on her department’s Facebook page that welcoming Zionist students on campus was a “declaration of war.” And a formal complaint was filed by Jewish students at Columbia University against anti-Zionist student groups for systematically harassing and silencing them for more than a year.

In the wake of recent controversies involving the disruption and canceling of campus events, many university leaders have adopted the University of Chicago’s statement on freedom of speech, which has become the gold standard on free speech for universities across the country. Not only does the statement commit to upholding students’ rights under the First Amendment, but it makes it crystal clear that to do so the university must ensure students are protected from the harassment and intolerant behavior that directly impedes this right.

In theory, the adoption and implementation of a free speech statement like the one at the University of Chicago should benefit Jewish students enormously. It promises to offer protection from the peer-on-peer harassment that has made it difficult and sometimes impossible for Jewish students to freely express pro-Israel views and fully participate in campus life. In practice, however, such a statement runs the risk of making Jewish students even more vulnerable to those same acts of aggression intended to silence them.

While freedom of speech is constitutionally guaranteed to each and every student regardless of opinion, belief, or identity, this is not the case when it comes to freedom from harassment. In fact, federal anti-discrimination law administered by the US Department of Education, which defines “harassment” as behavior that is “sufficiently severe, pervasive, or persistent so as to interfere with or limit the ability of an individual to participate in or benefit from the services, activities, or privileges provided by any recipient [of federal funds],” only deems such behavior “harassment” if it is directed at individuals because of their race, color, national origin, gender, or other federally protected characteristics.

Identical behavior directed against students who do not share those protected characteristics is not considered harassment under federal law and these students are denied the protection afforded their peers.

This inequity trickles down to federally funded colleges and universities. For example, at the University of Chicago, protection from harassment is limited to students who are targeted on the basis of their “race, color, religion, sex, sexual orientation, gender identity, national or ethnic origin, age, status as an individual with a disability, protected veteran status, genetic information, or other protected classes under the law.”

Although the list is quite long, many University of Chicago students remain unprotected from the harassment and intolerant behaviors that could impede their free speech and full participation in campus life. If in implementing its free speech statement, the university were to rely on its own harassment policy — using it as a standard for determining when a student’s freedom of expression had been impeded — it would beg the question of whether the university’s commitment to ensuring its students’ free speech applies to all students or only to those who share certain characteristics.

The same is true on campuses across the country. Take California, for example. Although the state’s two massive university systems — California State University (CSU) and the University of California (UC) — both tout the importance of freedom of speech for all members of the campus community, they also have harassment policies that effectively limit protection from behavior that suppresses speech to only a portion of the student body.

At CSU, Executive Order 1074 defines harassment as “unwelcome conduct engaged in because of a Protected Status” and a CSU student who wishes to file a university complaint form in order to find relief from harassing behavior must indicate “the protected status(es) that was/were the basis(es) of the alleged … harassment.” UC policy on harassment is similarly limited in its scope to protected classes and so too is UC’s online form allowing students to seek redress.

In theory, federal anti-discrimination law and university harassment policies should afford protection to Jewish students, either by virtue of their ethnicity in the case of federal law or their religion in the case of university policy. But, in practice, Jewish students have been denied protected status in both cases when those same harassing and intolerant behaviors are motivated by anti-Zionism. This is a double whammy for pro-Israel Jewish students. They must not only suffer the routine suppression of their speech and assembly, as well as the freedom to fully participate in campus life, but must also accept the reality that their aggressors — often members of a protected class — will go unpunished and receive a free pass to carry on their unfettered harassment.

For many Jewish students, this has created a sense of egregious inequity and increased vulnerability, which has led to further suppression of their willingness to freely express themselves.

It’s relevant to note that there are important efforts afoot to ensure that Jewish students are afforded legally protected status at the federal and state levels. But these efforts will take time.

There is, however, an immediate, easy, and equitable solution to the problem. University leaders must make a public pledge that all students will be equally protected from behavior that violates their rights to freedom of expression and full participation in campus life. To be effective, the statement should include a description of all university policies in addition to state and Federal laws that prohibit harassment and discrimination, along with a firm commitment to their equitable enforcement for all students, regardless of identity, opinion, or legally-protected status.

Harassment is harassment. The effects of this intolerant and exclusionary behavior on students are the same, regardless of the motivation of the perpetrator or the identity of the victim. And the abhorrent behavior that prevents students from an education free from discrimination must be addressed equitably. Students cannot freely express themselves and learn from their professors or each other if they face ongoing and pervasive intolerance, harassment, and discrimination — as Jewish and pro-Israel students do now. Only once all students are secure in the knowledge that they will be equally protected from hateful, bigoted behavior can a university guarantee its students freedom of speech and the right to full participation in campus life.

Tammi Rossman-Benjamin is the director of the AMCHA Initiative, a nonprofit that combats antisemitism on college campuses, and was a faculty member at the University of California for 20 years.