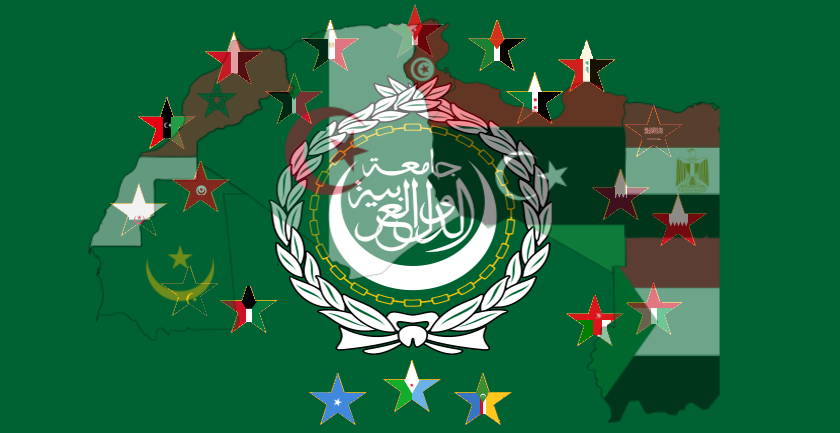 As part of an effort to increase pressure on the Arab League over its boycott of Israel, the Department of Commerce announced on Thursday that it plans to tighten penalties for and increase enforcement of pre-existing anti-boycott laws.

Under U.S. law first passed in 1979, U.S. companies and individuals face criminal and civil penalties for participating in the Arab League’s long-running boycott of the Jewish state — which predates Israel’s existence. Companies are also required by law to inform the Commerce Department if they are asked to agree to boycotts, even if they refuse to do so. The law applies to any foreign government-imposed boycott of a U.S. ally, but has primarily been applied to cases regarding Israel.

Under the new policy announced Thursday, the Commerce Department will increase fines for violations of the anti-boycott law, require companies that settle cases out of court to publicly admit their wrongdoing and increase its focus on foreign subsidiaries of U.S. companies. It is also re-evaluating how it categorizes various offenses, in line with the increased penalties.

Matthew Axelrod, who oversees anti-boycott enforcement at the Department of Commerce as the assistant secretary for export enforcement, unveiled the new policy in a memo to Commerce Department staff and at an event at the American Jewish Committee’s Washington office.

“Antisemitism too often manifests itself in attempts to delegitimize Israel through conspiracy theories and through discourse that dehumanizes Jewish people,” Axelrod said at the AJC event. “Given the remaining anti-Israel holdout, as well as the serious rise in antisemitism, I want to ensure that we in the Commerce Department are doing what we can to have the strongest possible anti-boycott enforcement program.”

Both Axelrod and Jason Isaacson, AJC’s chief policy and political affairs officer, who moderated the event, celebrated the Abraham Accords — and their signatories’ withdrawal from the Arab League boycott — as signs of progress.

But, Axelrod noted, there are still some holdouts who could feel additional pressure from Thursday’s announcement. He pointed specifically to Syria and Iraq as “moving in the wrong direction” on the issue of normalization with Israel. He linked the increased enforcement effort to global efforts to resist rising antisemitism including attempts to delegitimize Israel internationally to “heartbreaking” intimidation of Jewish students on college campuses in the U.S.

“President [Joe] Biden has called all of us to stand up to antisemitism, a hatred that, as he said, is constantly lurking in the shadows,” Axelrod said. “With these policy changes, the Commerce Department is continuing to do just that. Our Office of Antiboycott Compliance now has enhanced tools to help deter violations of our anti-boycott rules, and where deterrence proves  unsuccessful, it now has enhanced tools to punish the violators.”

He also revealed that the Office of Antiboycott Compliance is currently investigating multiple cases.

“In the age of the Abraham Accords that have widened the circle of peace in the Middle East, the boycott should be a remnant of a bygone era of hostility,” AJC Washington President Linda Rosenzweig said at the event. “We hope that through these concrete actions, the boycott will once and [for] all disappear.”

But one area that generally falls outside of existing regulations is the Boycott, Divestment and Sanctions movement targeting Israel.

Axelrod and Cathleen Ryan, the longtime director of the Office of Antiboycott Compliance, explained that existing federal anti-boycott laws apply only to U.S. companies’ and persons’ compliance with boycotts enforced by foreign governments targeting U.S. allied countries — such as if a U.S. company entered into a contract containing language mandating an Israel boycott with a company based in a country that enforces such boycotts.

If a company — such as ice cream manufacturer Ben & Jerry’s, about which the two officials were asked —  boycotted Israel in support of the BDS movement but not in “trying to comply with a foreign government’s laws,” it would not be subject to any federal penalties, Axelrod said.

He explained that each reported case “depends on the facts” and is assessed by the Department of Commerce “on its merits.” That, he continued, could make it difficult for a company to use the BDS movement as a smokescreen for compliance with a foreign government boycott.

“Cathleen’s been at this a long time — I would not advise anyone to try to put one over on her,” Axelrod quipped.

He also said the Commerce Department has not yet come across any case in which a foreign government demanded a boycott only of parts of Israel and the Palestinian territories, such as West Bank settlements, and did not elaborate on how the department might handle such a case.