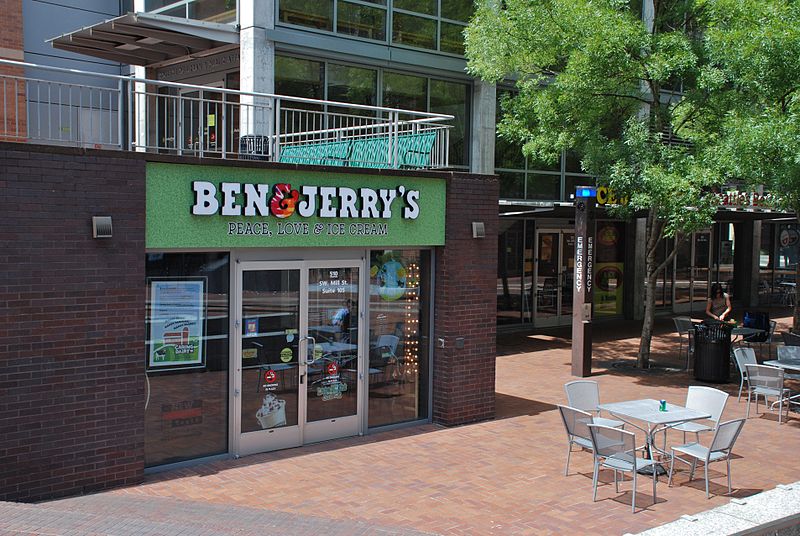 Ben & Jerry’s and its parent company will seek mediation over Unilever’s agreement with the ice cream maker’s Israeli vendor that would allow sales of its product in West Bank settlements.

The Vermont-based firm had originally filed a civil suit in the US Southern District Court of New York against Conopco, the main US branch of Unilever, the parent company of Ben & Jerry’s, seeking to block the agreement.

However, in a letter dated Thursday, a lawyer for Ben & Jerry’s said the companies now wanted to “attempt to resolve their dispute through expedited formal mediation,” Reuters reported on Friday.

The letter, filed some 20 minutes before a scheduled hearing on the matter in a Manhattan court, said the companies would try and resolve the issue within two weeks.

The original lawsuit argued that Unilever breached its acquisition deal with Ben & Jerry’s by announcing an agreement last month with the Israeli vendor that produces and distributes the ice cream in the country to continue sales in the West Bank, after the Ben & Jerry’s board said it was halting sales in “occupied Palestinian territory” last year.

Unilever reached an agreement with Avi Zinger, the owner of Ben & Jerry’s Israel, and his company American Quality Products (AQP), giving it permanent independence to continue sales in Israel and the West Bank with the Ben & Jerry’s logos in Hebrew and Arabic, but not English. The boycott was set to come into effect at the end of 2022, when Ben & Jerry’s contracts with Zinger were due to expire.

Ben & Jerry’s was seeking an injunction to prevent the move, as well as damages from the agreement and all profits Unilever makes from it. Ben & Jerry’s had previously said it would no longer profit from sales in Israel.

The court had denied a Ben & Jerry’s request for a temporary restraining order and preliminary injunction against Unilever’s agreement with Zinger.

In response to the lawsuit, Unilever told The Times of Israel it “had the right to enter this arrangement. The deal has already closed. We do not comment on pending litigation.”

Lawyers for Ben & Jerry’s and Unilever did not immediately respond to a request from Reuters for comment on the mediation process.

Unilever and Ben & Jerry’s have been out of sync on the settlement boycott since the start and seemed to have been increasingly at odds. The legal filing appeared to be the first direct legal dispute between the two sides.

The dispute focuses on the autonomy of the Ben & Jerry’s board and its commitment to its “core values” and social mission, which the company says is integral to its identity and business success. Ben & Jerry’s says its owners violated agreements related to its board and social commitments by transferring the brand to the Israeli branch.

When Unilever acquired Ben & Jerry’s in 2000, it granted the board autonomy “for safeguarding the integrity of the essential elements of the Ben & Jerry’s brand-name,” the lawsuit said. The Ben & Jerry’s board made the West Bank boycott announcement independently of Unilever. The UK-based multinational wholly owns Ben & Jerry’s and has some authority over financial and operational matters, but the ice cream maker retained its independence on other issues in the acquisition agreement.

Ben & Jerry’s said its progressive ethos is integral to the company and its business success, tracing its “social mission” back to its Jewish founders, who decided to make the business “more than just an ice-cream company” in the early 1980s.

Ben & Jerry’s announcement of the boycott triggered massive blowback for Unilever. A number of US states enacted laws barring Israel boycotts, pulling close to a billion dollars from Unilever, and the company’s value plummeted over $20 billion in the months after the boycott announcement, at a time when the market was on the rise. Over 30 states have anti-boycott legislation and 12 state attorneys general and treasurers from seven states also called on Unilever to reconsider the boycott.

Ben & Jerry’s is a wholly-owned subsidiary of Unilever, despite its board’s independence on some matters. Unilever is a UK-based conglomerate and one of the largest consumer goods companies in the world, with some 400 brands and a market value of around $116 billion.

Ben & Jerry’s Israel and Zinger had also sued Unilever in US federal court in New Jersey, saying the company was violating US and Israeli laws and illegally terminating their business relationship.

Under the terms of his deal with Unilever, Zinger has independence to produce and sell Ben & Jerry’s products in Israel and the West Bank in perpetuity. The monetary terms of the arrangement were kept confidential.

Israel and its supporters hailed the agreement as a major victory against the boycott movement against Israel. Ben & Jerry’s did not explicitly endorse the Boycott, Divestment and Sanctions (BDS) movement targeting the entire Jewish state, but its settlement boycott has been lumped in with the movement by activists on both sides and the BDS movement got on board with its boycott.

The decision sparked uproar in Israel and among some US Jewish groups, many of whom called it antisemitic, since the company has no boycotts against any other area of the world.

Critics of the attempted West Bank boycott note that Ben & Jerry’s allows its products to be sold in states with atrocious human rights records, including Russia, Saudi Arabia, Syria, Iran and China. The company has not taken action regarding other disputed territories including Tibet, Crimea, Western Sahara and Kashmir.

Luke Tress contributed to this report