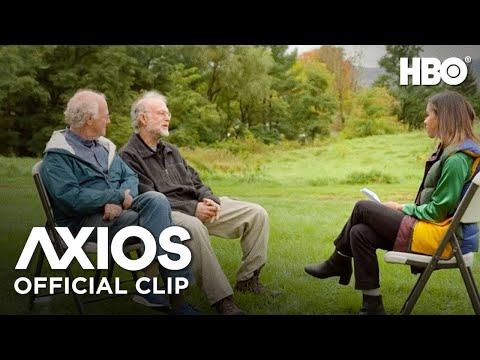 For Jerry Greenfield, being accused of antisemitism is “painful.” For Ben Cohen, it’s “absurd.” But both of the founders of the famed ice cream brand stand behind the decision to stop selling their products in the West Bank.

The legendary duo founded their eponymous ice cream company in 1978 and, though no longer owners, remained involved in the company. They spoke about the fallout of the decision to stop selling ice cream in the West Bank in an interview with Axios that was released Sunday night.

“I think it’s fine to be involved with a country, to be a citizen of a country and to protest some of the country’s actions. And that’s essentially what we’re doing in terms of Israel. We hugely support Israel’s right to exist, but we are against a particular policy,” Cohen said of the decision.

The company announced its decision to stop selling its ice cream in “Occupied Palestinian Territory” in July after the latest round of tensions between Israel and Hamas in May. The decision followed months of pressure on the company, which has long been engaged in social issues, from pro-Palestinian activists.

“We believe it is inconsistent with our values for Ben & Jerry’s ice cream to be sold in the Occupied Palestinian Territory,” the company said in a statement in July. “We also hear and recognize the concerns shared with us by our fans and trusted partners.”

The decision to stop selling its ice cream in the West Bank prompted calls to boycott Ben & Jerry’s and Unilever, the conglomerate that owns it. The state of Arizona divested nearly $200 million from Unilever in September and several other states have reviewed their investments in Unilever in light of the company’s decision regarding the West Bank.

In their interview with Axios, Greenfield and Cohen said the decision to halt sales in the West Bank did not constitute a boycott. Unilever has also said that Ben & Jerry’s is not boycotting Israel, and that it plans to keep selling within Israel’s 1967 borders. Whether that is actually possible is unclear in light of and Israeli law that bans boycotts of the West Bank.

When asked why the company continued to sell its ice cream in states with policies that were not in line with the founders’ values like Texas, where access to abortion is limited, and Georgia, where voting rights have been curtailed, Cohen did not have an answer.

“I don’t know. I mean it’s an interesting question, I don’t know what that would accomplish, we’re working on those issues of voting rights and…I don’t know. I think you ask a really good question, and I think I’d have to sit down and think about it for a bit,” Cohen said.

When asked how it felt to be “wrapped up in accusations of antisemitism,” the men were more sure of their answers.

“Totally fine,” Cohen said, laughing at the very idea. “It’s absurd. What, I’m anti-Jewish? I’m a Jew! All my family is Jewish, my friends are Jewish,”