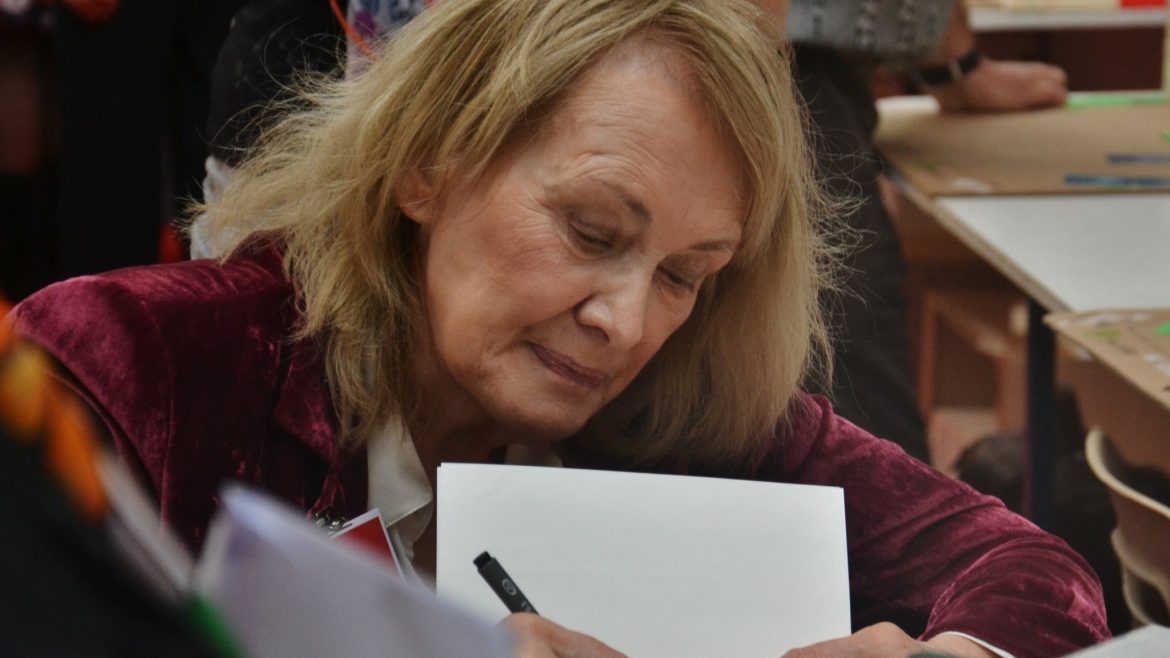 Annie Ernaux, a French author who won the 2022 Nobel Prize in Literature on Thursday, has voiced her support Palestinian-led Boycott, Divest and Sanction (BDS) movement in the past and called to boycott the Eurovision Song Contest which was held in Israel in 2019.

Ernaux and 100 other artists in France signed a petition declaring that “we won’t support Tel Aviv’s white-washing of the unlawful discrimination against Palestinians. We call on the French media and the French delegation not to justify Israel’s regime.”

The petition read: “From 14 to 18 May, France Télévisions intends to broadcast the 2019 Eurovision song contest to be held in Tel Aviv, in the Ramat Aviv district on the ruins of the Sheikh Muwannis village which, as the Israeli NGO “Zochrot” (They Remember, in Hebrew) reminds us, is one of the hundreds of Palestinian villages emptied of its inhabitants and destroyed in 1948 when the State of Israel was created.
For France Télévisions, the contest is ‘a piece of entertainment on a unique international scale, open to a very wide artistic range’, claiming to celebrate diversity and inclusion. According to this public service, ‘music, which has no borders, has as its universal ambition dialogue among peoples, openness and togetherness’”.
The petition further reads: “that message rings hollow in its attempt to distract us from the violations of the Palestinans’ human rights. Discrimination and exclusion are deeply entrenched in Israel, where the ‘Israel, Nation State of the Jewish People’ law was adopted on 19 July 2018, proclaiming that only Jews have the ‘right to national self-determination’, thus apartheid has been officially enshrined in law.”
“According to the European Broadcasting Union (EBU), Eurovision is a ‘non-political’ event. Unfortunately it is impossible to reconcile EBU’s statement with the reality. Israel is a State which officially considers culture to be a tool of political propaganda: Prime Minister Benjamin Netanyahu congratulated Netta Barzilai, winner of Eurovision 2018, for having ‘done an exceptional job in terms of foreign relations’.”
In 2018, Ernaux also signed a petition against a Jewish dance group that was set to perform in a theater in Paris. The Batsheva Dance Company, against which Ernaux acted, performed in France as part of a cultural exchange program it developed with Israel.
BDS supporters protested outside of the theater, chanting “don’t dance with apartheid.” Some 80 other artists supported the act by joining a petition against the cultural program, which they said is “asking to portray Israel as a ‘country which respects human rights and cultural diversity while carrying out attacks against peaceful protestors in Gaza.”
Ernaux also signed another petition in 2019 in support of French author Kamila Shamsie asking to not strip her of the Nelly Sachs Prize she was awarded after it became known she supported BDS.
Shamsie wrote a statement titled The Right to Boycott following the recall of her prize. “What’s the meaning of a prize in literature which harms the right to support human rights, freedom of conscience, speech and criticism? Without these, art and culture become meaningless.”
The Nobel committee explained the reason for their choice of Ernaux as the winner, naming “the courage and clinical acuity with which she uncovers the roots, estrangements and collective restraints of personal memory.”