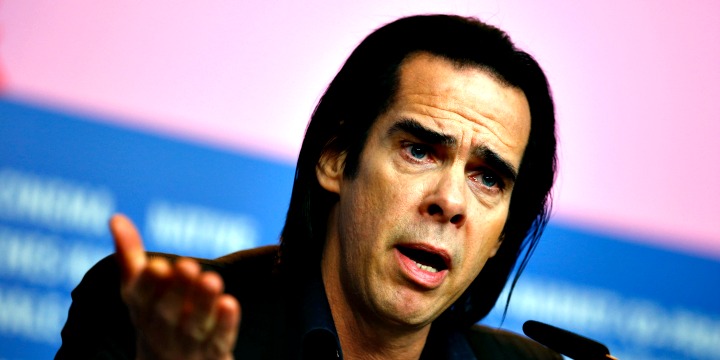 n a personal email made public on Wednesday, acclaimed Australian rock musician Nick Cave condemned Brian Eno — the legendary British musical artist he lauded as “my hero” — over the latter’s continuing support for a cultural boycott of Israel.

Cave — the former Birthday Party vocalist and present frontman of The Bad Seeds — was ferociously attacked by the anti-Israel boycott, divestment and sanctions (BDS) campaign in November 2017, when his group played two concerts in Tel Aviv. At the time, Cave said he had flatly rejected appeals from Eno and other musicians to cancel the appearances in Israel, accusing the BDS movement of trying to “silence artists.”

In his latest email to Eno — published on his website after a fan asked him to explain his position on the boycott of Israel — Cave confessed that there was “a thread of anguish that runs through this letter.”

“Brian Eno, beyond any other musician, taught my friends and me how to make music,” Cave said of the producer — a founder member of Roxy Music who went on to work with artists of the caliber of David Bowie and U2, and whose influence continues through his cutting-edge electronic music. “The records he made remain some of the most important and essential recordings I have ever heard.”

But Cave did not hold back in calling out Eno for his support of BDS — a movement that has been backed by a number of other artists, including former Pink Floyd vocalist Roger Waters, solo artist Elvis Costello and New Zealand pop star Lorde.

Wrote Cave: “[C]ertain questions need to be asked. How far must we have strayed from the transformative nature of music to feel justified in weaponizing music and using it to punish ordinary Israeli citizens for the actions of their government?”

Cave also criticized “certain musicians” for believing that was “ethically sound to use forms of coercion and intimidation, in the form of ‘open’ letters, on fellow musicians who don’t agree with their point of view.”

Cave emphasized that he was “aware of the injustices suffered by the Palestinian population, and wish, with all people of good conscience, that their suffering is ended via a comprehensive and just solution, one that involves enormous political will on both sides of the equation.” Additionally, Cave pointed out that he had “done a considerable amount of work for Palestine through the Hoping Foundation, raising personally around 150,000 pounds for the children of Palestine, so in a sense, I have already played the other side.”

In his concluding paragraph, Cave told Eno: “Ultimately, whatever the rights and wrongs of official Israeli action in the disputed territories, Israel is a real, vibrant, functioning democracy — yes, with Arab members of parliament — and so engaging with Israelis, who vote, may be more helpful than scaring off artists or shutting down means of engagement.”

Having been one of the first endorsers of the cultural boycott of Israel, Eno is unlikely to be persuaded by his protégé’s appeal. If anything, Eno’s uncompromising hostility toward Israel appears to be impacting his own profile. In September, Eno was disinvited from the Electricity Conference festival in Dusseldorf — the German city renowned for its electronic music scene — after he signed a letter opposing the staging of the 2019 Eurovision song contest in Israel. The organizer of the festival, Rudiger Esch, said he had been left with no alternative but to drop Eno, since “we don’t want to invite anyone who supports activities against the State of Israel, even if you cannot agree with the current settlement policy.”