Amnesty International on Wednesday stepped up its campaign for a boycott on tourism in Israel’s West Bank settlements, urging TripAdvisor staff to press the site’s management to stop “profiting from war crimes.” 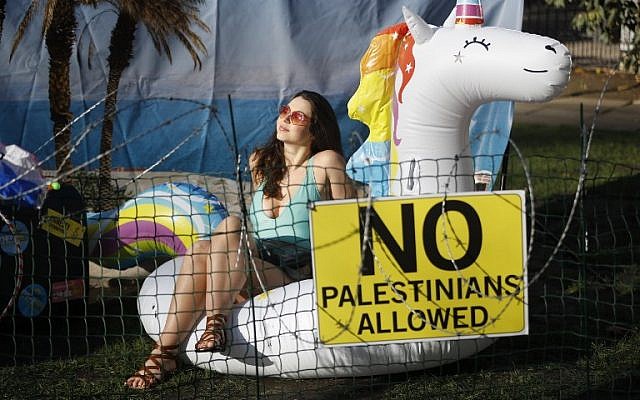 “We are writing to ask you to join us in speaking out against TripAdvisor’s role in driving human rights violations in the Occupied Palestinian Territories,” read an open letter from Amnesty to the tourism website.

The British-based NGO said that the TripAdvisor, which hosts tourism listings, user generated reviews and other content, was a prime driver of business to settlements.

“By promoting tourism in these illegal settlements, TripAdvisor is helping boost their economies and contributing to the immense suffering of Palestinians who have been uprooted from their land, had their homes destroyed and their natural resources plundered for settlement use,” said Mark Dummett, Head of Business and Human Rights at Amnesty International.

The NGO urged the workers to speak out to pressure management.

“As TripAdvisor employees, we believe you too have a real power to make a difference by speaking out and demanding that the company stops listing accommodation and tourist attractions based in Israeli settlements,” it wrote.

There was no immediate comment from TripAdvisor, or from the Israeli government to the letter, which was released at 2 a.m. in Israel. 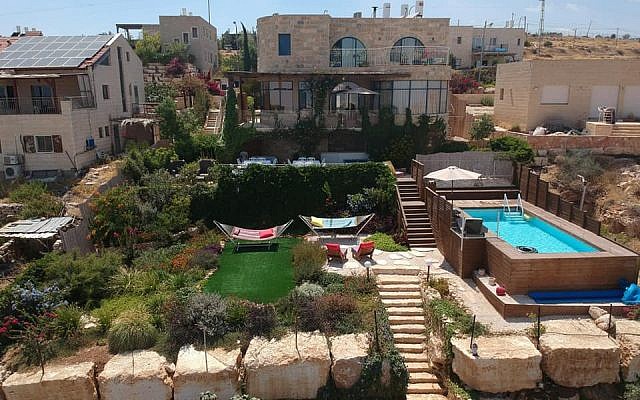 The home of Lewis Weinger, in the West Bank settlement of Tekoa, who has been renting it out using Airbnb. (Meni Lavi)

Amnesty said that TripAdvisor was “the main focus of this campaign because of the company’s relative importance to the tourism industry in Israeli settlements.”

Israeli ministers have condemned the campaign as “anti-Semitic” and a “outrageous attempt to distort the facts, deny Jewish heritage and delegitimize Israel.”

Israel captured the West Bank from Jordan in the 1967 Six Day War. Today, more than 400,000 Israeli settlers live in the West Bank. Most of the international community considers the settlements illegal and an impediment to the creation of an independent Palestinian state. Israel sees the territory the historical heartland of the Jewish people and say it is disputed. Israel says the fate of the settlements must be resolved in peace negotiations with the Palestinians.

Israel annexed East Jerusalem, including the Old City and its holy sites, and considers the whole city the undivided capital of the Jewish state. The Palestinians claim the eastern part as the capital of a future state.

Airbnb announced in November that it would remove some 200 rental listings in West Bank settlements because it contended that the settlements “are at the core of the dispute between Israelis and Palestinians.” The movement to boycott Israel saw the decision as a victory.

However, in April the company reversed its policy after legal action from American Jews.

The policy change came in a court settlement between the vacation rental company and a dozen American Jewish plaintiffs who had sued the company, organized by Shurat Hadin-Israel Law Center, a pro-Israel law organization.

In the lawsuit, the plaintiffs claimed that Airbnb was discriminating against them for being Jewish, given that it still allowed listings by Palestinian Muslims and Christians in the West Bank.

A copy of the settlement obtained by the Jewish Telegraphic Agency said that Airbnb will now allow rentals in both Palestinian areas and Israeli settlements of the West Bank.

However, Airbnb said it will donate any profits from the West Bank to humanitarian groups. It also will apply the same policy to Abkhazia and South Ossetia, two disputed territories adjacent to Georgia, and evaluate its listings in other disputed territories.

Airbnb said in its statement that it does not support the Boycott, Divestment and Sanctions movement targeting Israel.