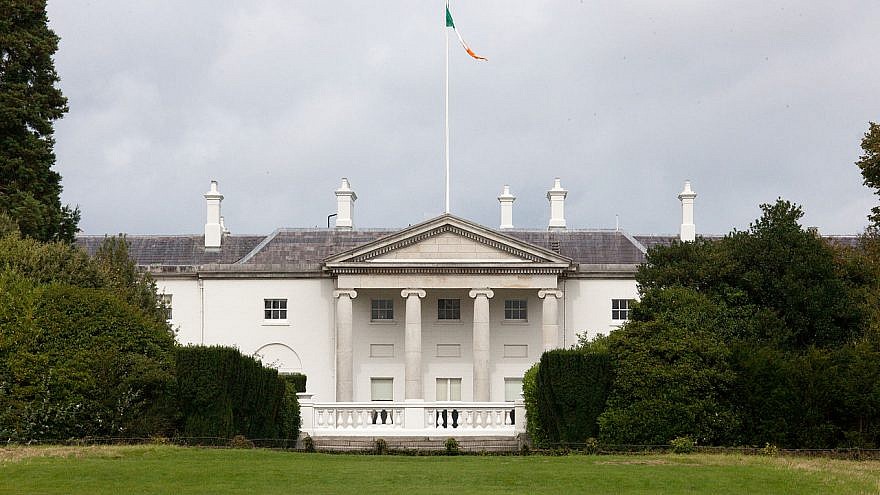 Áras an Uachtaráin, the official residence of the president of Ireland in the capital of Dublin, Aug. 28, 2010. Credit: William Murphy via Wikimedia Commons.

U.S. diplomats pressed lawmakers and officials in Ireland and Germany to oppose the anti-Israel BDS movement, according to a U.S. State Department report delivered last week to Congress.

In Ireland, the diplomats interacted with top government officials and party leaders to “strongly urging them to drop their support” bill that would penalize importing goods from Judea and Samaria.

To that end, Simon Coveney, Ireland’s foreign minister and deputy prime minister, is against the legislation, fearing that adopting BDS would reduce Irish influence in the region.

In Germany, following the dismissal of a lawsuit filed by an Israeli against Kuwait Airlines for not allowing the passenger to board a flight, “Embassy Berlin engaged senior officials” regarding the matter.

The German parliament approved a resolution earlier this year that stated that BDS is anti-Semitic.