A New Look at Ancient Texts 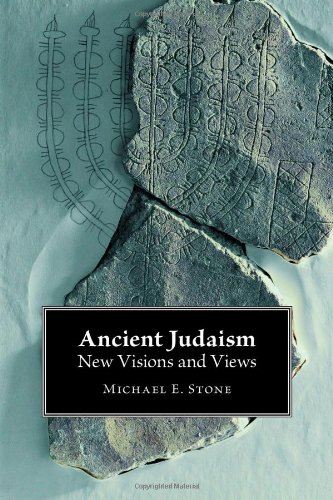 The period of the Second Temple (538 BCE-70 CE) constitutes one of the most exciting epochs in the history of the Jews and of Judaism. Among its major events are:  a partial return of Jews to Jerusalem from Babylonia under the auspices of the Persian King Cyrus (538 BCE) continuing with the reconstruction of the Temple under Darius I (515 BCE); the religious revolution of Ezra and Nehemiah (mid-fifth century BCE); the conquest of the Near East by Alexander the Great (332-323 BCE) and rule by his successors, who spread Greek peoples, culture, religion, art, technology and thought throughout the region; the renewal of Jewish sovereignty in the Land of Israel under the Hasmoneans (142- 38 BCE); Roman domination from 63 BCE, the reign of their client-king Herod (37-4 BCE) and direct Roman in rule from the early first century CE. Eventually, many Jews in the Land of Israel rebelled against Roman rule and were defeated by the Romans who destroyed the Temple and Jerusalem, the center of Jewish religious and national life in 70 CE. The Second Temple period saw the flourishing of the Jewish Diaspora throughout the Hellenized Mediterranean region and Babylonia.

During the first centuries BCE and CE, there was intense and diverse literary, cultural, social and religious activity, particularly in the Land of Israel and this formed the background of what eventually became rabbinic Judaism, heir of the Pharisaic interpretation of the Torah, and Christianity, the offshoot of the Jesus movement, respectively. For the most part, the major interests of scholars devoted to the field of study of Second Temple Judaism have been unearthing and analyzing the foundations of their own Jewish or Christian faith. The discovery of the Dead Sea Scrolls near Qumran in 1947 and their ongoing publication since the 1950s gave rise to a new line of research, lent the subject greater popularity (and occasional notoriety), and widened the horizons of scholarship in the field, which drew heavily upon the content of these extraordinary primary sources. Second Temple Judaism, however, continued to be viewed mainly in terms of rabbinic Judaism and Christianity.

Michael E. Stone, Professor Emeritus of Comparative Religion and Armenian studies at the Hebrew University, brings us a fresh perspective in his recent work, Ancient Judaism: New Visions and Views. This cumulative volume of fifty years of intensive and extensive research and publication treats Second Temple Judaism in its own right and not mainly as background for rabbinic Judaism and Christianity. Stone does this by focusing upon major issues covered by texts written between 300 BCE – c.100 CE. Despite the fact that these works may be extant only in versions copied and revised centuries later, and only in translation, their contents constitute the bulk of the material analyzed in Ancient Judaism.  Stone correlates and contextualizes various Dead Sea Scrolls with these texts which may be found in the anthologies known as Apocrypha and Pseudepigrapha, preserved by the Church, and with other Second Temple period texts, found in monasteries, individual works and later Byzantine compositions. While he includes rabbinic literature and New Testament, both written and edited in the centuries after the destruction of Jerusalem in 70 CE, Stone does so in order to illuminate or contrast the messages and contents of the material in the Apocrypha/Pseudepigrapha/Qumran texts rather than the opposite. His use of these works forms the basis of his “new views” of a vast body of Second Temple period Jewish literature, which encompasses its own world of thought and concepts, and does not merely serve as a supportive background of the ideas of the Rabbis and the Church Fathers. The final two chapters of Ancient Judaism present a clear and cogent discussion of the history of the transmission of these texts, the selections of the copyists and the reasons for the survival and prevalence of certain books.

Many Jewish works of the Second Temple period deal with issues of the origin of sin and evil in the world; apocalyptic visions of end-time and the meaning of history; the relevance of events of the past, such as the Flood and the Exodus; and the meaning of Torah and the importance of the priests and Levites.  Stone presents the following conclusions regarding these topics. The earliest text of the “Enoch cycle”, found in the Apocrypha, Pseudepigrapha, assorted fragments in early medieval works in Greek, Slavonic and other languages, and in the Dead Sea Scrolls, and the Testament of Qahat and the Aramaic Levi Document found in Qumran, date from the third or early second century BCE. Thus, Stone sheds light on a “dark age” in the history of Judaism – the third century BCE, previously regarded as a time without any traces of written works. By filling in this blank spot and dating the origins of certain concepts of Second Temple Judaism, Stone solves a problem that has baffled scholars.

According to Stone, it is clear that the Enoch/Noah texts present a different paradigm of the origins of sin and evil in the world than the better known Pauline/Christian paradigm where Adam’s fall causes man to sin and which maintains that humanity would be redeemed by belief in the “new Adam,” namely, the crucified Christ. In contrast, the Second Temple period Enoch/Noah paradigm attributes sin and evil to divine agents – angels or ‘watchers’—and not to man himself. The latter suits the somewhat fatalistic and deterministic world-view adopted by the Dead Sea Sect and probably was more commonly held than previously thought.

Stone also gives new insights on an important genre of works written from the third century BCE into the early second century CE. Apocalypses present diverse visions of end time, when the righteous will be rewarded and the wicked punished, and, on occasion, tours of heaven, conveyed by authors writing under pseudonyms, as if they were ancient authoritative figures, such as Enoch or Ezra. (Another genre of literature consists of “Testaments” attributed to the Biblical patriarchs or prophets. They also were pseudonymous but contained warnings and prophecies and were less visionary in nature.) Most scholars have held that the writers of apocalypses wrote their works according to the dictates of the genre, which demanded a Biblical pseudonym, visions of end time, the presence of angels, a redeemer and reward and punishment. Stone, however, argues that some of the writers actually had visions and were not simply stylistic conformists and copycats. He successfully uses proof texts from the apocalypses and other works to prove his point and thereby gives the readers of Ancient Judaism a new view of a major corpus of Second Temple Jewish literature.

The book also discusses the issues of the text of the Hebrew Bible and its canonicity and what different groups of Jews considered authoritative during this period. Stone concludes that the very terms “Bible” and “canon” are inappropriate and what later are considered “non-Biblical” works were regarded as sacred or authoritative by the Dead Sea Sect and others. Interestingly, he supports the traditional date of the Septuagint (Greek translation of the Torah), the mid-third century BCE, as more-or-less accurate. He also devotes attention to the importance of the Book of Jubilees and its emphasis upon the significance of the priesthood.

While Ancient Judaism mainly serves the community of scholars and students of the ancient world, the Dead Sea Scrolls, early Christianity and Rabbinic literature, it may be read by any intelligent reader eager to learn about the phenomenon of Second Temple Judaism and its textual legacy. The individual chapters are replete with quotations from many works translated from Hebrew, Aramaic, Syriac, Greek, Latin, Coptic, Armenian, Slavonic and even Georgian. Stone clearly explains the concepts and the way they were expressed in the literature. The book is well written and meticulously documented. At the end of each chapter, Stone presents his definitive interpretations and conclusions. By recreating Second Temple Judaism and presenting it as a religion in its own right, Ancient Judaism: New Visions and Views is a major contribution to the intellectual and religious history of an important field.

Rivkah Fishman-Duker is a Lecturer in Ancient Jewish History at the Rothberg International School of the Hebrew University in Jerusalem.

A New Look at Ancient Texts