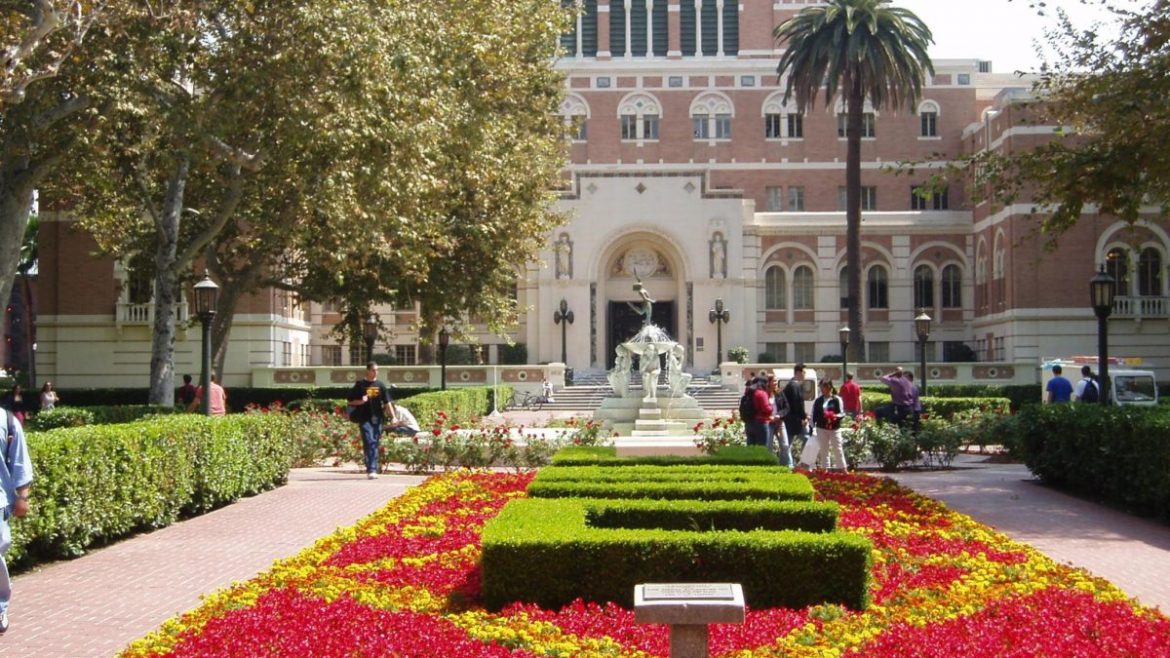 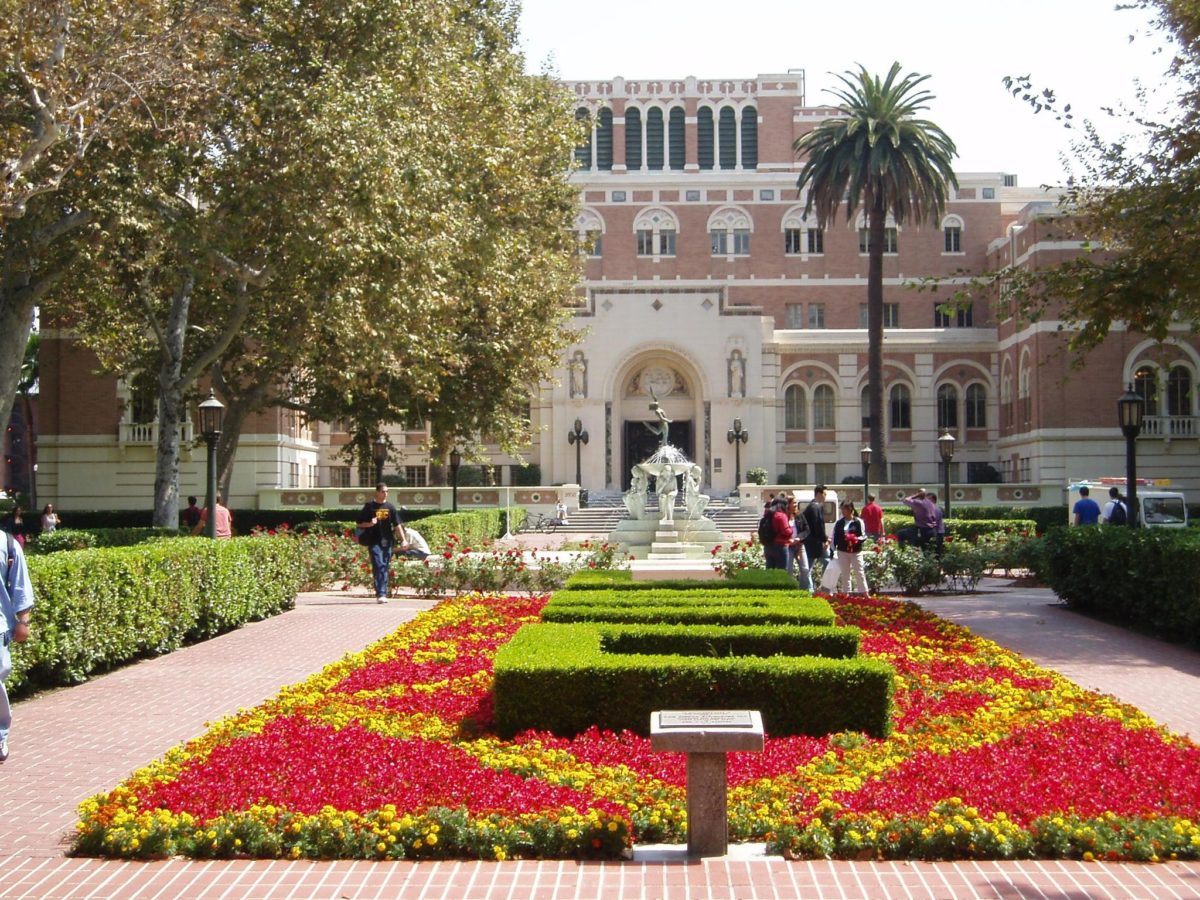 The University of Southern California

The student government vice president at the University of Southern California resigned this week, alleging she was the subject of antisemitic harassment over her support for Israel. In response, the university administration said it is launching a new educational initiative to counter on-campus hate.

“As you may know, our Vice President of Undergraduate Student Government, Rose Ritch, resigned yesterday from her position in student government,” wrote USC President Carol Folt in a letter sent Thursday evening. “In her heartbreaking resignation letter, Rose described the intense pressure and toxic conditions that led to her decision — specifically the anti-Semitic attacks on her character and the online harassment she endured because of her Jewish and Zionist identities.”

In the statement, Folt announced the launch of a new initiative by the USC Shoah Foundation to provide educational programs and antiracist and anti-hate for-credit courses.

A letter sent to university administrators last month by the Louis D. Brandeis Center detailed the online harassment faced by Ritch, a rising senior, and other students.

LDB Letter to President Fol… by Jacob Kornbluh on Scribd

Ritch told JI in an interview that she first faced blowback from other students due to her support for Israel during her campaign for student government vice president earlier this year. She said the online harassment began in late June after several other members of the student government came under fire over past inappropriate comments.

“From there, it just kind of greenlighted a lot of students to say some pretty horrific things on social media messages, text messages,” Ritch told JI. “Most of it was entirely isolated onto Instagram, a little bit on Twitter as well.”

“It’s a very different time we’re living in — with everything, really, our entire social interaction being constricted to being online,” she continued. “People in general feel safer behind a screen. It’s different interacting with a person face-to-face versus just digitally online. You can’t have a conversation retweeting or in the Instagram comments.”

In a series of messages in one Instagram screenshot included in the Brandeis Center’s complaint to the university, a resident assistant on USC’s campus, Shaden Awad, wrote: “Even if all the orgs on campus that r Jewish r also Zionist That’s not an excuse For you to join That’s still blood on ur hands.”

Awad did not respond to a request for comment.

In her statement of resignation Wednesday night, Ritch listed “cancel culture” and a campus environment that made it inhospitable for a pro-Israel student leader to hold office.

In the memo, Ritch alleged that she was the subject of a social media campaign led by students seeking her impeachment from USC’s student government. “Because I also openly identify as a Zionist, a supporter of Israel’s right to exist as a Jewish state, I have been accused by a group of students of being unsuitable as a student leader,” the statement read. “I have been told that my support for Israel has made me complicit in racism, and that, by association, I am racist.”

During the campaign, Ritch was asked during a debate how her affiliation with Trojans for Israel, an activist group on campus, would affect her ability to govern. The question was, she said, “essentially asking, ‘how can I be an effective leader and representative for all students with my not hidden, my very blatant support of Israel with this growing BDS and the discussion of the Israeli-Palestinian conflict.’ So that was something I was also asked about, which was very interesting to be the only candidate on that stage getting asked about how their identities may affect their ability to govern.”

The situation mirrors a 2015 incident at the University of California, Los Angeles, when student Rachel Beyda was asked by a student council member how Beyda, then a candidate for the school’s judicial board, would be “able to maintain an unbiased view” given her activity in the Jewish community. Beyda’s nomination was first voted down before a faculty member intervened; she was then unanimously voted onto the board.

Ritch said the events differed slightly — Beyda, she noted, was asked explicitly how her Judaism would impact her votes. In Ritch’s case, she said, “There never was an explicit like, ‘dirty Jew,’ like anyone ever invoking even the word ‘Jew.’ It was all under that kind of cloak of anti-Zionism.”

Ritch acknowledged that her situation was not unique. In her statement, she wrote: “The sad reality is that my story is not uncommon on college campuses. Across the country, Zionist students are being asked to disavow their identities or beliefs to enter many spaces on their campuses.”

The university’s statement also addressed growing antisemitism on college campuses. “Despite the significant progress we have made in cultivating and supporting a vibrant Jewish community on campus, we still wrestle with a history of anti-Semitism at USC,” the statement read. “Over the last several years, incidents of anti-Semitism in American higher education have dramatically increased, and anti-Semitic attacks remain the most common religiously motivated hate crime in the United States.”

In November, a bathroom at the university was defaced with antisemitic graffiti that included a swastika and the message, “Holocaust is a lie says the liar with a nose bigger than any Jews.” In March 2016, USC printers were hacked with Daily Stormer flyers featuring swastikas and antisemitic language.

“You know, I never thought my belief in the existence of the State of Israel would ever put me in this position.”