“The United States strongly opposes boycott campaigns targeting the State of Israel, and regularly engages with governments and other entities to oppose such activities." 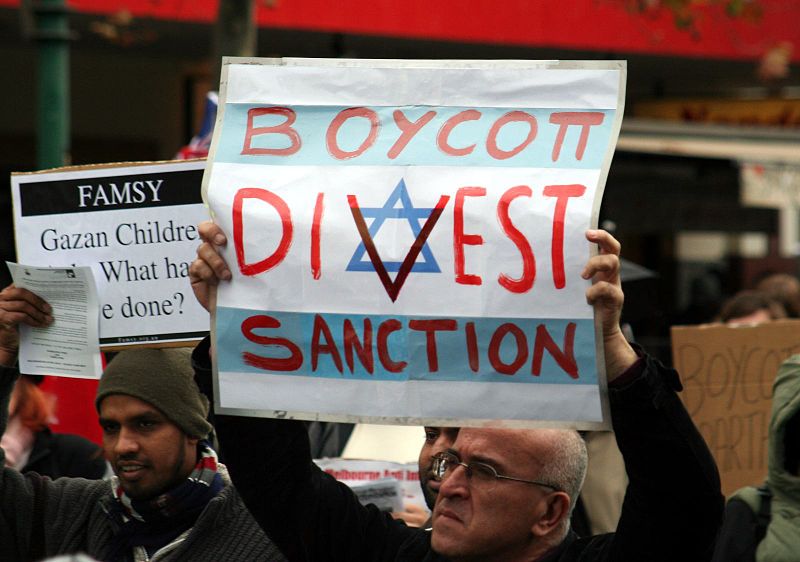 The Jerusalem Post can report the first US government criticism of three German MPs who are involved in Boycott, Divestment, and Sanctions activities targeting Israel, and are on the advisory board of a group urging the destruction of Israel.

David Peyman, the deputy Special Envoy to Combat Antisemitism for BDS, Eurasia and Special Projects in the US State Department, told the Post by email on Thursday: “The United States strongly opposes boycott campaigns targeting the State of Israel, and regularly engages with governments and other entities to oppose such activities. The United States will closely watch companies that engage in BDS and are targeted by the BDS movement, and use all available legal and policy tools to counter such efforts.”

He noted that “In submitting a resolution to condemn the BDS movement, German Chancellor [Angela] Merkel and her coalition partners could not be clearer: ‘The argumentation patterns and methods used by the BDS movement are antisemitic.’ President [ Donald] Trump is the first US President to call BDS an antisemitic movement, leading the way for a number of European countries to do the same.”

The Post sent Peyman a press query about the media coverage in Germany and about the three members of the German parliament who are on the advisory board of the pro-BDS group, German-Palestinian Society. The three allegedly pro-BDS supporters are Omid Nouripour (The Green Party), Aydan Özoguz (Social Democratic Party) and Christine Buchholz (The Left Party).

Peyman added that “We will also continue to promote increased global economic and strategic cooperation with Israel. Now that the Jews have returned to their homeland, antisemites substitute the word ‘Israel’ for ’Jew.’ When Israel is demonized or held to a standard not applied to any other country in the world, that is a form of antisemitism. That is also expressed through the BDS movement.”

The German-Palestinian Society urged the total destruction of the Jewish state in its art exhibit. The BDS entity declared in the exhibit: “From the river to the sea, Palestine will be free.”

Uwe Becker, the German commissioner to combat antisemitism in the state of Hesse, who has urged, for example, the MP Nouripour to resign from the BDS group, filed a criminal a criminal complaint against the group Free Palestine FFM this week for using the phrase “From the River to the Sea, Palestine will be free.”

“The United States strongly opposes boycott campaigns targeting the State of Israel, and regularly engages with governments and other entities to oppose such activities."
Skip to toolbar