‘This is Antisemitism,’ Finnish Bishop Declares as Artists Boycott Helsinki Museum Over Links to Israeli Businessman 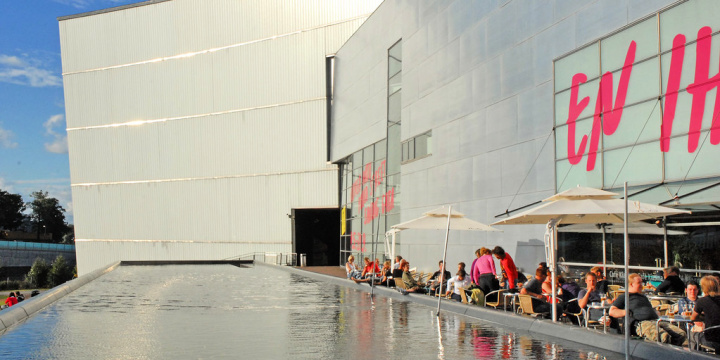 More than 200 artists have signed a statement pledging to boycott Finland’s leading gallery of contemporary art because of its links with a Finnish-Israeli philanthropist, in a move denounced as “antisemitic” by the Bishop of Helsinki and other public figures.

In the statement, the signatories pledged to “refuse to sell our labor and art” to the Kiasma Museum of Contemporary Art in Helsinki as long as it maintained links with the Zabludowicz Art Trust, an initiative of Chaim “Poju” Zabludowicz, a London-based billionaire who hold dual Finnish and Israeli citizenship.

“Our stance is based on the fact that organizations Chaim ‘Poju’ Zabludowicz funds support the apartheid regime imposed on Palestine and the Palestinian people by the State of Israel,” the statement declared.

Responding to the statement on Thursday, Helsinki’s Lutheran Bishop charged the artists with having adopted an antisemitic stance.

In a separate tweet, Laajasalo commented that “antisemitism has many faces. A neo-Nazi or an Islamist is identifiable. It is more difficult to recognize the Jew-hatred of the Academy or [among] culture workers.”

Fighting back tears, Zyskowicz observed that “when criticism is directed at only one of the board members of the Kiasma Support Foundation, and this person happens to be one of Finland’s most well-known and wealthy Jews, to me it looks like antisemitism.”

Zyskowicz acknowledged that there “may be other reasons and dissatisfaction with Kiasma’s activities, but it still looks like hatred of Jews and racism.”

Supporters of the statement dismissed the accusation, citing the commonplace anti-Zionist argument that the charge of antisemitism was being invoked to deflect attention from Israel’s alleged violations.

“In practice, the antisemitism argument comes up almost every time Israel’s policy is criticized or boycotts are targeted at Israel,” Prof. Hanna Juusola, a Middle East studies specialist at the University of Helsinki, told Helsingin Sanomat. “It is a conscious policy of the Israeli state. Accusations of antisemitism are a very effective weapon for silencing the discussion.”

The targeting of Zabludowicz by anti-Zionist activists commenced with the 2021 launch of the “BDZ” campaign, whose title, “Boycott, Divest Zabludowicz”, is a play on the “Boycott, Divestment and Sanctions (BDS)” movement advocating a comprehensive boycott of the Jewish state. More than 450 artists have signed up to the group’s statement.

The 69-year-old Zabludowicz is the son of Shalom Zabludowicz, who founded the Israeli defense contractor Soltam Systems. Estimated to have a fortune of more than $1 billion, Zabludowicz is an established financial backer of the arts as well as pro-Israel causes, helping to establish the UK-based pro-Israel advocacy organization BICOM.

‘This is Antisemitism,’ Finnish Bishop Declares as Artists Boycott Helsinki Museum Over Links to Israeli Businessman