Survey: Half of ‘Openly Jewish’ College Students Have Tried to Hide Identity on Campus 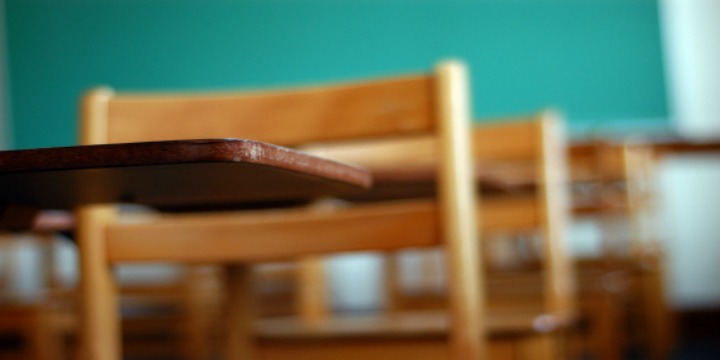 A poll released Monday found that half of “openly Jewish” college students have at times attempted to conceal their religious identity on campus, and that they are more likely to do so the longer they’re enrolled.

The study — conducted by the Cohen Research Group with the Louis D. Brandeis Center for Human Rights Under Law — surveyed 1,027 members of the Alpha Epsilon Pi (AEPi) fraternity and Alpha Epsilon Phi (AEPhi) sorority during the COVID-19 pandemic.

It found that fifty percent of students have masked their Jewish identity and that more than half have hidden their support of Israel, while some two-thirds experienced or were familiar with antisemitic incidents that occurred over the past 120 days.

The Brandeis Center said the study was the first to exclusively examine the college experiences of students who are “openly Jewish” and actively engaged with Jewish life on their campuses.

Kenneth L. Marcus, Chairman of the Brandeis Center and a former Assistant U.S. Secretary of Education for Civil Rights, told The Algemeiner that choosing to be openly Jewish at school distinguished this cohort’s college experience from some of their more secular peers.

“I was especially alarmed that the longer they’re on campus, the more pessimistic they seem to become about the situation and the more they feel a need a need to hide who they are,” he commented.

The Brandeis Center’s survey found that 30% of students who concealed their Jewish identity did so out of concern for receiving low marks from their professors. Others feared being targeted for the kinds of verbal and physical attacks on campus they had seen or heard about; the respondents reported 47 assaults, with 16 Jewish students being spit on and 14 attacked with a weapon.

Marcus urged colleges to “make the same sort of concerted effort to support their Jewish students that they have made for students of other identities.”

“Remember that last year many college campuses were taking diversity and inclusion issues more seriously than they ever have before because Black Lives Matter awakened them to the need to be sensitive to issues of equity and discrimination,” he said.

“One might hope that this would have a complementary effect on Jewish life, but it really hasn’t,” Marcus continued. “At precisely the same time when universities were becoming more sensitive to issues facing racial and ethnic minorities, Jewish students were so embattled that they had to hide their identities.”

Jim Fleischer, CEO of the Alpha Epsilon Pi Fraternity called the results “staggering and alarming” in a statement Monday.

“We need to do everything we can to not only push back against the rise of antisemitism on campuses but also to make sure that every Jewish student who wants to express their pride in their heritage or religion can do so without fear of violence or harassment,” he said. “Now, more than ever, our mission to develop student leaders for the Jewish community is critical.”

“The rise of antisemitism on college campuses shows how vital is the Jewish sorority experience for women,” she said. “Our Jewish values teach us that we must stand up to hate in any form, especially anti-Semitism. Alpha Epsilon Phi is committed to supporting and educating our sisters on how to address antisemitism on their respective campuses.”

Survey: Half of ‘Openly Jewish’ College Students Have Tried to Hide Identity on Campus