Student governors at the University of South Florida recently called for a vote to pass a “Hands Off” resolution, which would officially declare the Student Senate in opposition to Israel and condemn President Trump’s decision to move the U.S. Embassy to Jerusalem. After much controversy, an amended version passed this week.

The resolution was widely backed by a network of off-campus, pro-Palestinian activists and was proposed by student senator Andrew Pitts-Nordera, who is also a member of Students for Justice in Palestine.

On Jan. 23, the Student Government proposed the resolution, where the Student Senate announced it “staunchly condemn[ed]” President Trump’s decision to move the U.S. Embassy in Israel to Jerusalem from Tel Aviv. The “Hands Off” resolution states, “The SG Senate declares its solidarity with the Palestinian people” and says that Israelis are white European aliens that invaded the land. 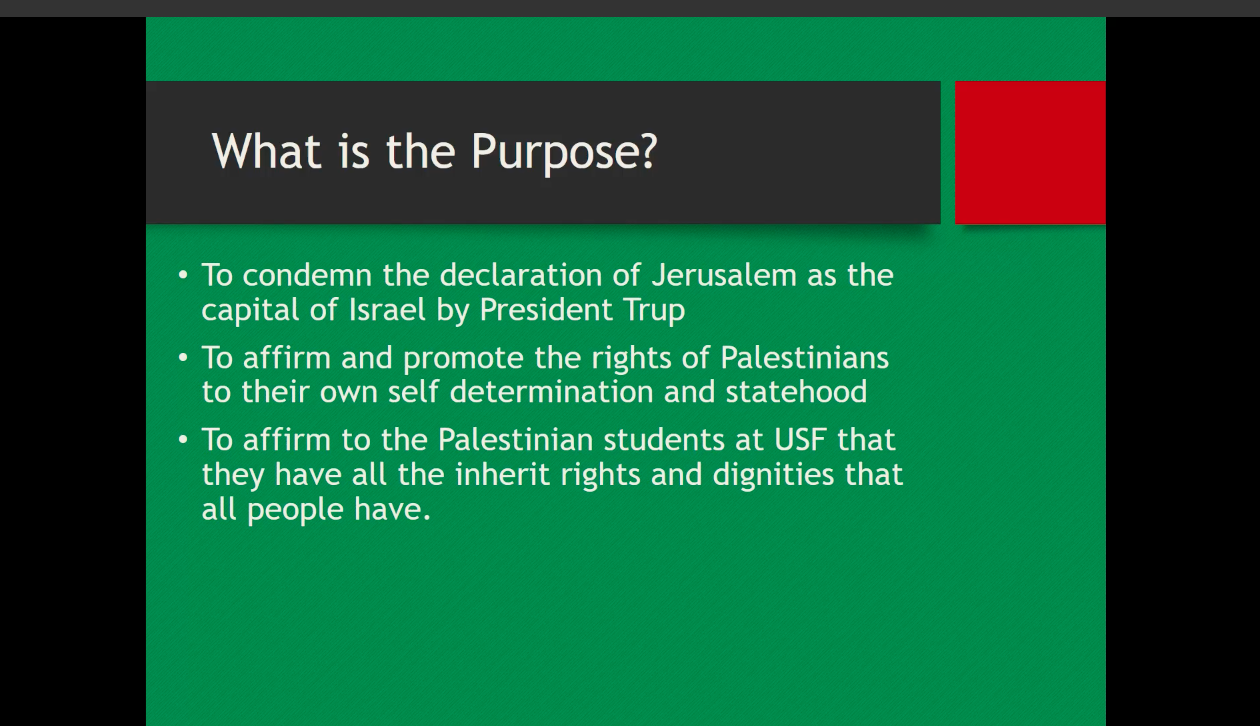 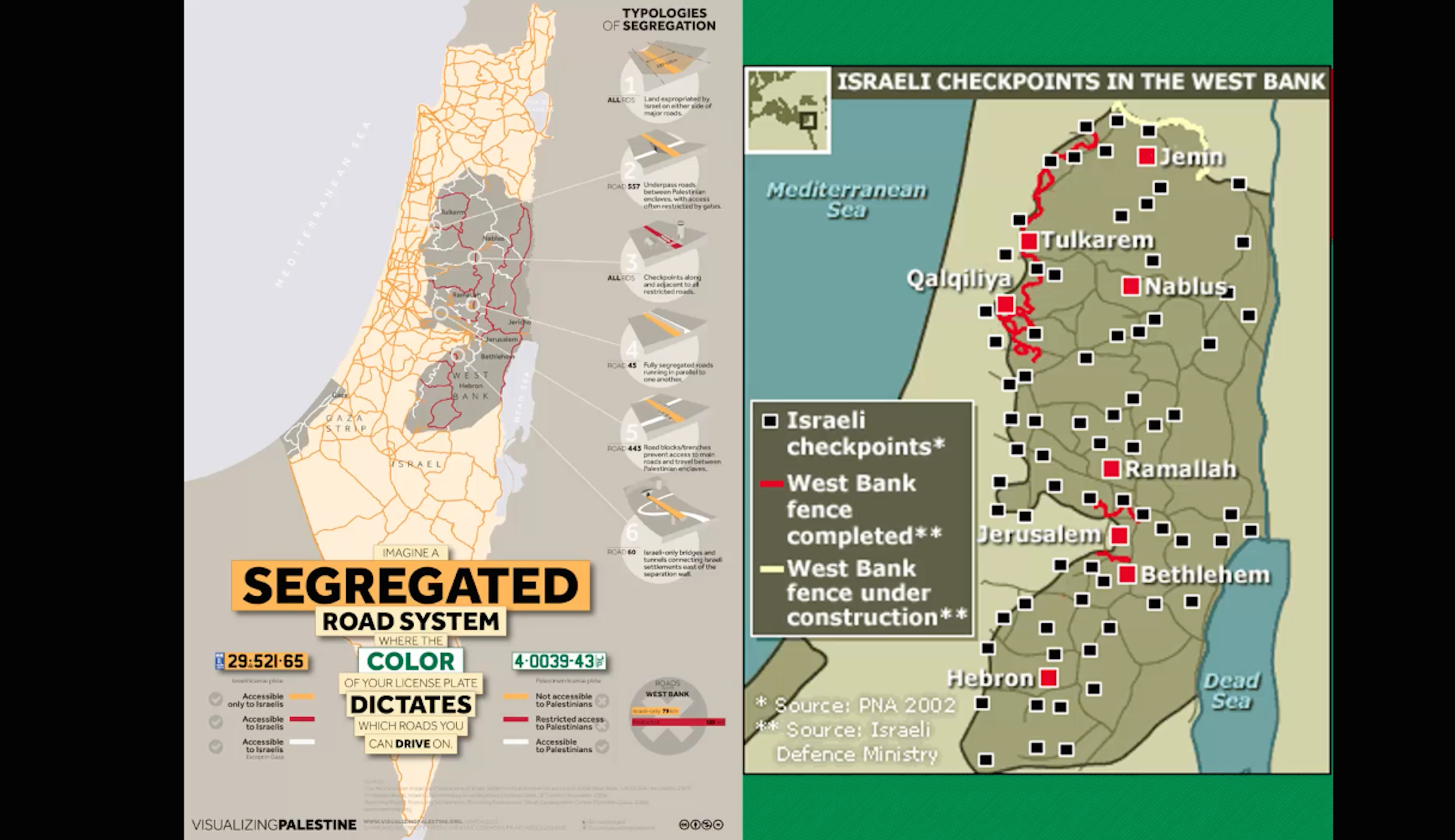 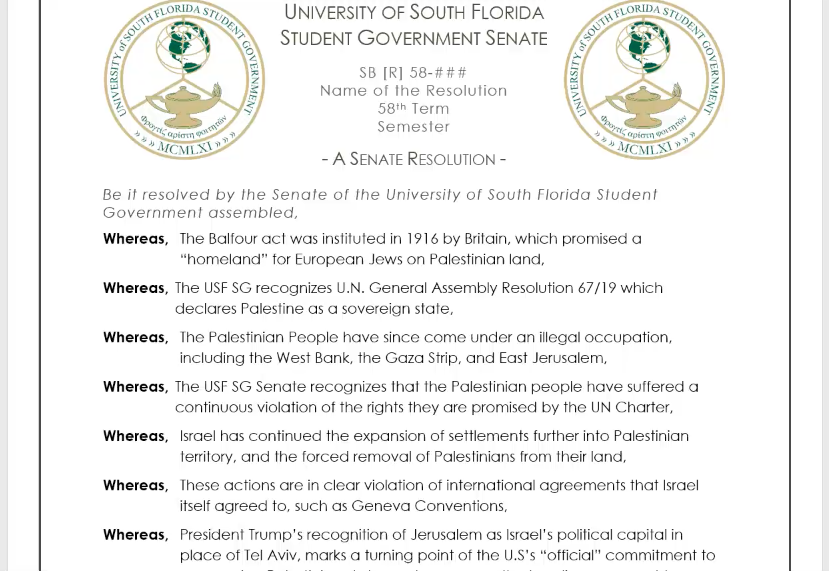 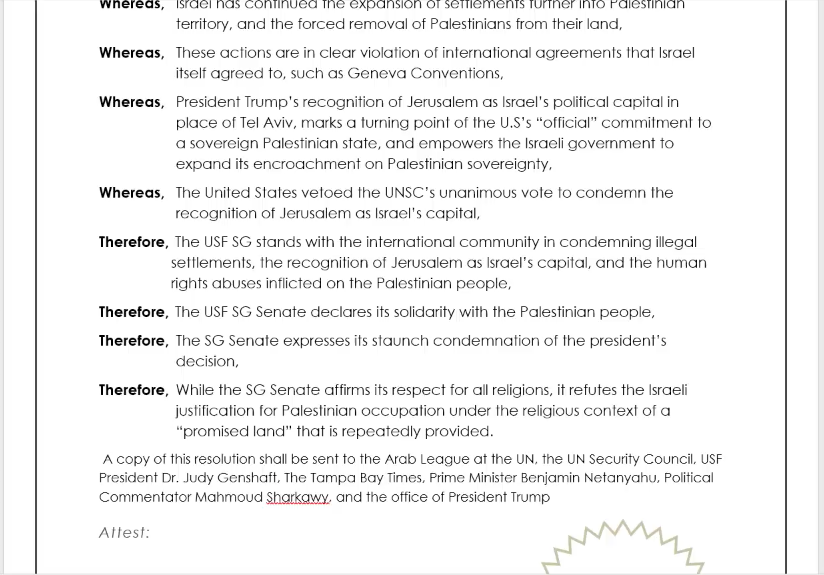 The motion was narrowly tabled and was postponed to a vote which took place on Tuesday.

At the vote, campus Hillel Rabbi Ed Rosenthal spoke during the open forum, shocking many of the members of the Student Senate and the public as he revealed support for the amended version of the resolution. Other individual members of the Jewish community spoke out about fears of anti-Semitic language within the resolution and the anti-Israel attitudes within the Student Senate, which brought one student senator to resign earlier in the semester.

Spencer Tate, the only Jewish senator, resigned after receiving threats for opposing the original “Hands Off” resolution. 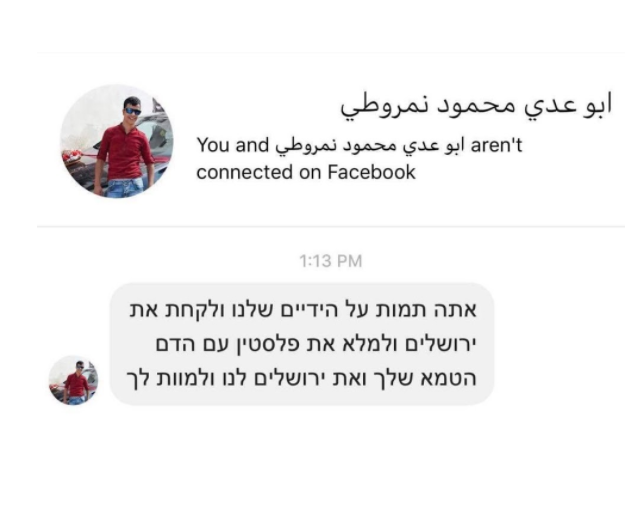 A Facebook account allegedly linked with the Arab League sent Tate (translated), “You will die by our hands and we will take Jerusalem and fill Palestine with your impure blood. Jerusalem is for us, and death for you.”

Tate told Red Alert Politics that he was visited by police at his home over the weekend, after someone filed a fake police report, claiming he was going to start “another Charlottesville.”

In his resignation letter, Tate stated, “It is clear to see that being Jewish and a zionist comes with repercussions in Student government ranging from death threats to being alienated in all aspects… I have experienced so much hatred spearheaded by senate leadership in the past few months and I will be doing everything in my power to hold you accountable, it is clear to see that it’s simply not possible to do this in senate.”

The Arab League has been linked either as a sponsor or a co-creator of the “Hands Off” resolution. An online Facebook group for the Palestinian American Congress posted the initial text of the resolution more than a week before the Student Senate ever proposed the legislation. The student co-sponsor of the resolution, Yousef Afifi, is featured by the Facebook group SJP Uncovered, where the senator notes during a public Senate meeting that a close friend in the Middle East was helping the Senate pass the resolution.

Afifi added that the senators who proposed the resolution had a deadline with the Arab League. Both Pitts and Afifi, the sponsors of the resolution, refused to comment on what type of deadline or why they involved a foreign organization in the drafting of the resolution.

Less than a dozen students protested the politically charged resolution before the vote.

Red Alert Politics spoke with the protest organizer, Leo Stoler, who said he organized the event “in order to prevent further division amongst the student body.”

“For a student government that prides itself on diversity, they decided to speak out on the most divisive issue,” Stoler said.

The protesters’ main message was that a student government is about student affairs, not politics. According to Stoler, passing an anti-Israel resolution is one of the worst decision any student government could make because it’s choosing a side in one of the most divisive political issues and causes a rift among students.

Senate President Amani Taha, who is recently a former member of the Students for Justice in Palestine, told the student newspaper The Oracle that anti-Semitism does not exist within the Student Senate. However, Taha’s tweets from 2015 which were recently uncovered paint a different story.

“I know you wanna blow up the wrld [sic] trade and I know you can’t wait”, one user tweets to Taha. She responded by writing, “too bad some selfish n––s did it for me anyway.” 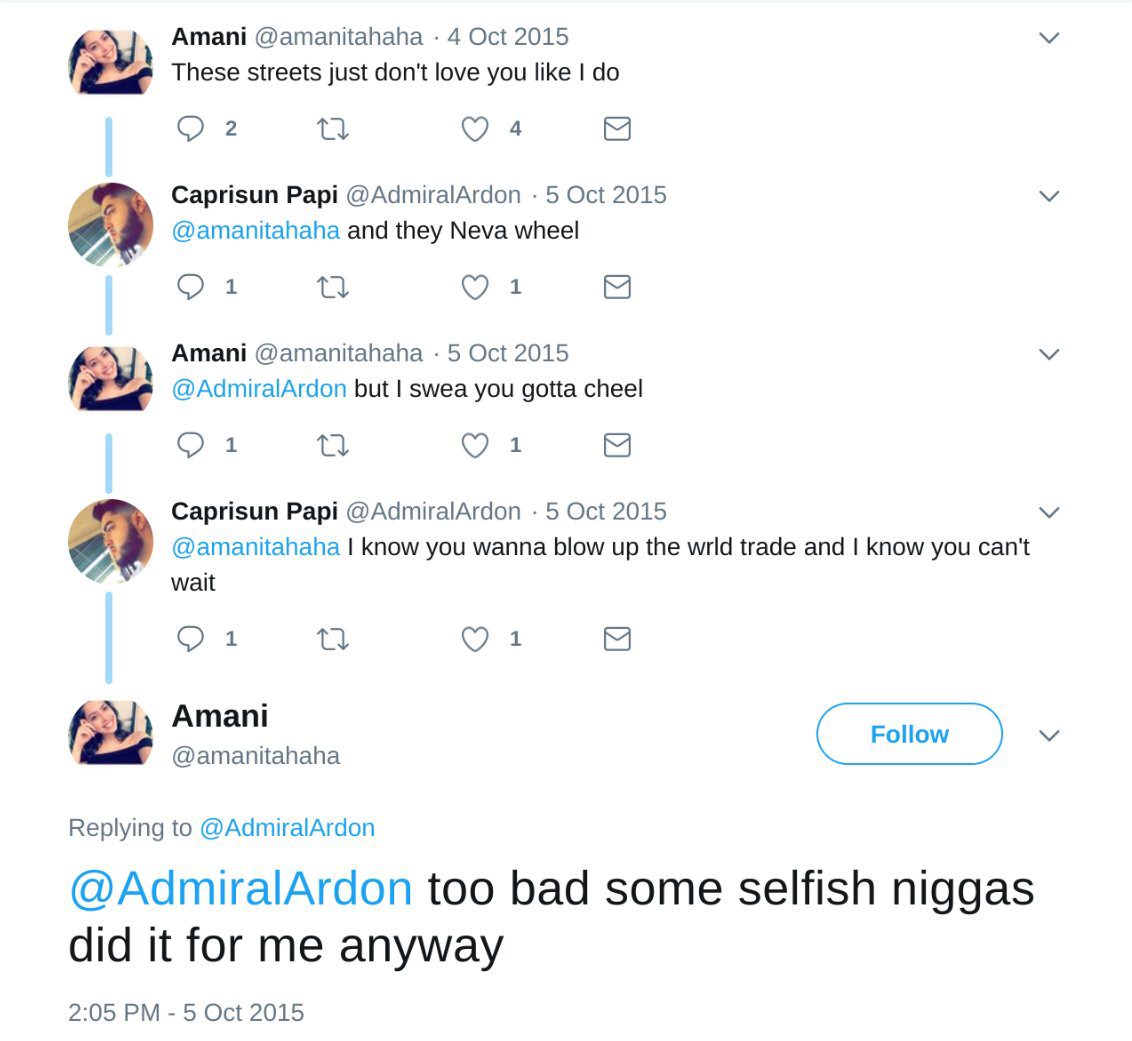 Last night, the USF Senate held an open forum for the public, as well as a vote for the anti-Israel resolution. Senators said the new resolution attempted to mitigate the “injustices” felt by Palestinians and the fear of alienation held by the Jewish community on campus. The updated resolution changed the intent from condemning Israel to condemning acts that stop a peaceful resolution to the conflict in the Middle East. Most senators hailed the resolution as being a “perfected” document that was a direct representation of a compromise between the two minority groups on campus.

“This resolution does not represent all Jewish students on campus, as we do not support a two state solution as outlined in this resolution. We will not stop fighting pro-Palestinian and SJP bias on campus,” former senator Tate told Red Alert Politics. “Many of the students are shocked and confused that Ed Rosenthal and Sylvie Feinsmith, from the on-campus Hillel, helped draft this resolution with the Students for Justice in Palestine.”

UPDATE (Feb. 2): Hillel International provided the Examiner with a statement below:

“Hillel did not sponsor and does not endorse the resolution that passed the University of South Florida student government Tuesday night. We appreciate that members of USF’s student government attempted to remove anti-Semitic language from a previous resolution. However, Hillel International believes the final resolution is anti-Israel and unacceptable. Among other concerns, it does not fairly present the views of Jewish students or recognize Israel as a Jewish, democratic state that has for decades made numerous attempts towards peace with its neighbors.”

Alexandra Hollenbeck is a student at the University of South Florida and a member of Turning Point USA.