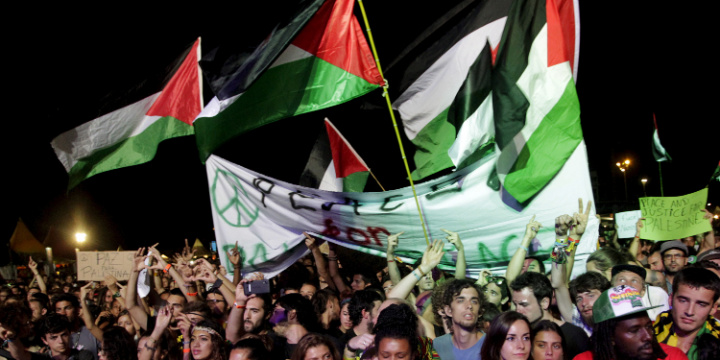 A court in Spain on Monday dismissed charges of antisemitism against a group of activists whose anti-Zionist campaign against US Jewish hip hop artist Matisyahu forced the temporary cancellation of the performer’s planned concert at a Spanish reggae festival in August 2015.

The provisional court in the city of Valencia upheld the appeals of the eight activists accused of antisemitic discrimination that resulted in Matisyahu’s removal from the bill at the Rototom Reggae Festival in Benicàssim, Spain’s national news agency EFE reported.

The decision to cancel the 2015 show was reversed after criticism, and Matisyahu ultimately performed.

The court Monday endorsed the argument made by the activists that they had not “discriminated against [Matisyahu] because he is Jewish but because of his alleged affinity with the policy of the State of Israel — that is to say, the apartheid Zionist political ideology is criticized, not religion.”

The court’s decision exonerating the activists of antisemitism could still be appealed. At the end of 2020, Spain’s Higher Court of Justice rejected an appeal from the city of Cadiz to resume its municipal campaign in support of the BDS campaign targeting the Jewish state.

“Today we must celebrate that the case is closed against the BDS activists who demanded the Rototom festival not hire the Zionist artist Matisyahu,” one of them tweeted.

The eight BDS activists separately released a statement stating that “for more than four years, they have tried to exhaust and demoralize us, but not only have they not succeeded, they have united us and strengthened us further.”

The court’s decision cast a pall over Spain’s adoption last July of the International Holocaust Remembrance Alliance (IHRA) definition of antisemitism, which would apply in Matisyahu’s case.

The definition cites as antisemitic the act of “holding Jews collectively responsible for actions of the state of Israel” as well as “claiming that the existence of a State of Israel is a racist endeavor.”

The Spanish government’s decision during the summer to follow dozens of other governments, including the US, in adopting the IHRA definition was warmly applauded by Jewish organizations in the US and internationally, as well as the Israeli government.