The decades-long trumpeting of bigotry against Judaism and Israel by professors of Middle East studies undermines the West’s security by maleducating its youth, misleading its publics and misadvising its leaders. 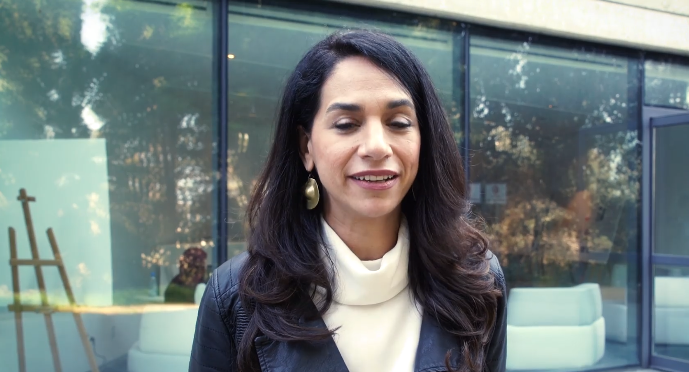 Asked during a Dec. 13 webinar whether “anti-Zionism is anti-Semitism,” Noura Erakat – no stranger to antisemitism herself—proclaimed the proper reaction to Nazism is not Zionism, but “a class-based response that sought to create class-based solidarity in order to overcome nationalism.”

Her unsolicited advice to the Jewish people was part of a veritable fusillade of fallacies from this Rutgers University assistant professor of Africana studies to her hosts at the London School of Economics (LSE).

LSE sociology professor Ayça Çubukçu moderated Erakat’s discussion of “Dismantling the Apartheid of Our Time: The Palestinian Liberation Movement as an Anti-Racist Struggle.” LSE provided a disturbing context for the presentation, as just last month protesters rushed Israel’s ambassador to the United Kingdom, Tzipi Hotovely, after her lecture there. After police launched an investigation into whether any of the protesters committed threatening acts, Çubukçu tweeted her “solidarity” with the protesters.

On the relation between anti-Zionism and anti-Semitism, Erakat lauded Jewish anti-Zionists who spuriously argue that Jews “can be a Jewish community” without an Israeli Jewish state. As an example of Jews opposed to the reestablishment of Jewish national life, she cited the Jewish Bund, founded in 1897 in the Russian Empire, whose Jewry later formed the bulk of Nazi genocide’s more than 6 million victims.

Israel also developed a “color line or a racial line among Jews themselves,” Erakat claimed in an effort to further damn Zionism. She referenced the plight of Mizrahi and Ethiopian Jews, who today make up the majority of Jews in Israel and are increasingly integrated into Israeli society despite past discriminations. “The subjugation of Middle Eastern and black Jews exposed the Zionist myth of one Jewish people and demonstrated the supremacy of the white Jewish establishment,” she said, ignoring the Mizrahi expulsion from Arab lands following 1948.

Obsessed with what she sees as Israel’s irredeemable evil, Erakat rejected the “illusion that Israel’s regime of discrimination can be remedied through reform, inclusion and formal equality—liberal solutions to answer a liberal critique.” Thus, Israel’s destruction is the only solution. Meanwhile she suggested that terrorism is not at the heart of all “resistance” and ancillary activities against Israel, whose supporters have “cast Palestinian resistance in all of its forms—BDS, mass protest, the Gaza march of return, legal advocacy—as terroristic.” As to when Palestinians have refused to engage in anti-Israel terrorism and/or supporting activities, she was silent.

Such “resistance” is linked to Erakat’s strange ideas about international law, which “is a site of violence and is one that is constituted through assorted colonial history.” She ignored laws regulating war such as the 1899 Hague Conventions or human-rights treaties such as the 1948 Genocide Convention. She made the cynical and ahistorical claim that “international law developed in the crucible of imperialism to expand empire,” such as for indigenous land theft, and “to facilitate the transatlantic slave trade.”

Erakat, however, rejoiced that “colonized peoples have come to constitute an automatic majority of the U.N. General Assembly.” New international laws (namely the 1977 Geneva Protocol I) therefore “conferred soldier status upon guerilla combatants that transformed them from criminal terrorists into actual soldiers with the right to kill and be killed,” she said. Those killed by such terrorist “freedom fighters” were unavailable for comment.

The “complete 180” of the anti-Israel Human Rights Watch (HRW) also pleased Erakat, for HRW in 2001 had condemned the Durban Conference for its racist proclamation that “Zionism is Racism.” Now such human-rights organizations “see the writing on the wall. If they do not jump ship now, they will be remembered in history as apartheid apologists,” she crowed. Furthermore, as the “largest mainstream human-rights organization,” HRW has “given permission for many, many people, including members of the U.S. Congress, to call Israel an apartheid regime, which hadn’t before been possible.”

Amid Erakat’s jargon about the “1990s neoliberal apex of U.S. global hegemony,” she indulged fantasies about pre-Western indigenous societies. “Our present world is not an inevitability. It’s a reflection of Western hegemony over modes of governance and society” that, “quite frankly, failed in most colonial nations” and “obliterated a lot of indigenous practices that are probably optimal,” she said. While enjoying with Çubukçu in liberty and security the fruits of “Western hegemony,” including Zoom Internet technology and stylish clothing, Erakat did not specify these “optimal” native practices (Aztec human sacrifice? tribal warfare?).

Nonetheless, Erakat saw “indigenous resurgence” in “other settler-colonial geographies like Hawaii.” There Native Hawaiian activists have offered “resistance against the building of a 30-meter telescope on the Mauna Kea,” she said without explaining how indigenous religious beliefs are superior to an advanced space observatory. Zapatista rebels in southern Mexico, the darlings of leftists worldwide, meanwhile “have turned abject, rejected geographies into life,” whatever that means.

This resurgence “continues to offer alternatives for that future,” such as the Red Deal, a self-described “anti-capitalism” program of Native American activists, said Erakat. She even claimed the “aversion of climate catastrophe goes hand-in-hand with decolonization.” How a global population of almost 8 billion could live modern lives without Western civilization’s agricultural and scientific advances via free-markets remained unexamined. The radical chic Erakat also decried the 2014 “occupation of Ferguson,” Mo., when police responded to devastating riots following false allegations about a police shooting of a black criminal.

Academics like Erakat can indulge their revolutionary dreams without suffering real-world consequences—at least immediately. Yet the decades-long trumpeting of such bigotry against Judaism, Israel and Western civilization itself by professors of Middle East studies undermines the West’s security by maleducating its youth, misleading its publics and misadvising its leaders. Given Erakat’s propagandistic approach to education and her advocation of violence, she deserves ignominy, not audiences at prestigious universities.

Andrew E. Harrod, a Campus Watch Fellow, freelance researcher and writer, is a fellow with the Lawfare Project. Follow him on Twitter at: @AEHarrod.

The decades-long trumpeting of bigotry against Judaism and Israel by professors of Middle East studies undermines the West’s security by maleducating its youth, misleading its publics and misadvising its leaders.