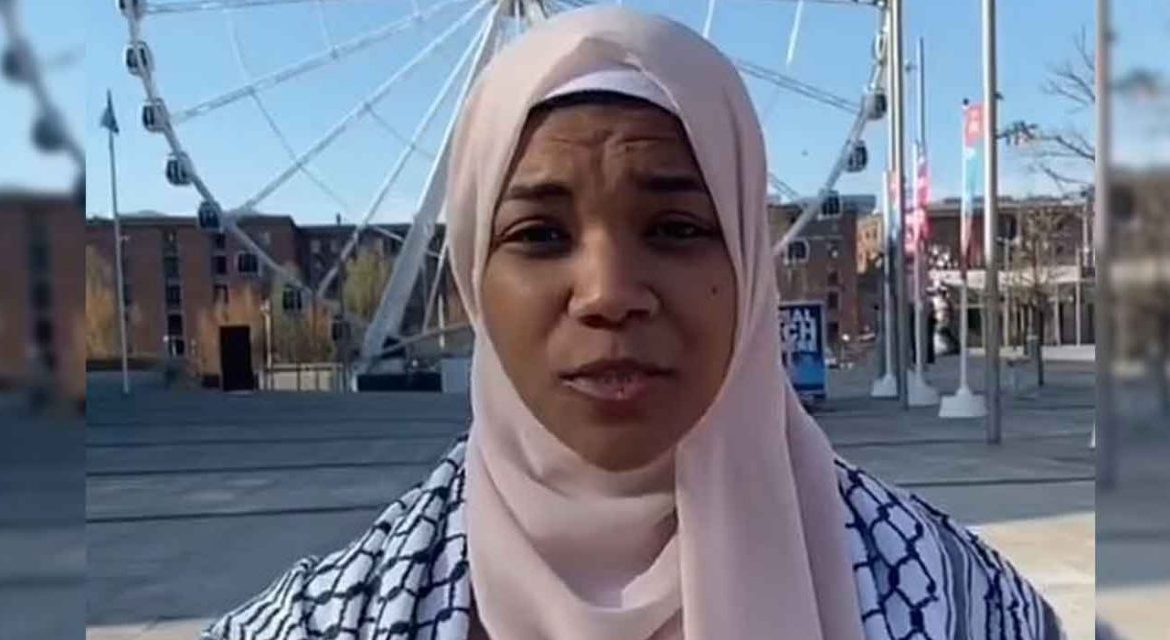 The president of the National Union of Students (NUS) Shaima Dallali has been dismissed from her role – following an independent investigation into antisemitism claims against her and the student body.

Jewish News has learned that an NUS disciplinary panel has concluded that Dallali should be removed from her post after reviewing the recommendations of KC Rebecca Tuck’s report into the scandal.

Dallali  – who once shared a tweet which included an Islamic battle cry historically used when attacking Jews – was suspended as the student body’s president in September to allow the KC Rebecca Tuck to complete her probe.

The 27 year-old student leader is said to have “strenuously denied”  claims of antisemitism made against her, insisting she had apologised for errors of judgement made on social media when she was younger.

She has repeatedly expressed support for former Labour leader Jeremy Corbyn, claimed he should “never have been suspended in the first place” from the party.

The Union of Jewish Students (UJS) had submitted a substantial dossier to the inquiry detailing allegations of misconduct both by Dallali and within the NUS over many years.

In a statement released following the president’s dismissal UJS said it “respects the decision of the NUS to dismiss their president.”

They added:”Antisemitism in the student movement goes beyond the actions of any one individual and this case is a symptom of wider problem.

“Jewish students across the country will be asking how an individual deemed unfit for office by NUS was elected in the first place.

“We await the findings of the substantive inquiry into NUS’s treatment of Jewish students.”

NUS confirmed “we have terminated the President’s contract. The decision of the panel may be subject to an appeal.

“In strict accordance with rules around employees and confidentiality, we will not be sharing any further details on the investigation into the President.

“We can assure any interested parties that this process has been incredibly robust and that we can and must trust in the outcome.  ”
In a May 2021 post, Dallali wrote that “UJS and their likes need to be called out”, claiming the Jewish student body “have a history of bullying pro-Palestinian activists.”

Other posts by her submitted to the inquiry included statements in support of the violent Islamist group Hamas from May 2021, with the claim “resistance with weapons is a right.”

A critic of Hamas was subsequently branded a “dirty Zionist” by Dallali, before she began her two year stint as NUS president in July.

Tuck’s report is believed to have concluded that beside a series of historic social media postings,  the president continued to hold views that could impact on her dealings with Jewish students.

The source added:”There was broad agreement that as a result of the recommendations made in Rebecca Tuck’s report, that the only suitable course of action to take was to end Shaima Dallali’s tenure as president.”

It is believed to be the first time in the 100 year history of the NUS that a president has been dismissed over claims of gross misconduct.

A vetting process will also be put in place to try to ensure the issues around antisemitism with the student body do not emerge again.

The NUS had announced the setting up of an independent probe into allegations of antisemitism in May, after the government announced it was cutting ties with the student body over concerns about its failure on the issue.

The Department for Education cited “allegations of antisemitism, which have been well-documented and span several years” for the move.

Previous president Larissa Kennedy had herself faced calls to quit her two year term early over her suggestion Jewish students could segregate themselves to avoid watching conspiracist rapper Lowkey at an NUS 100th birthday celebration concert.

Both the government, and Labour leader Keir Starmer’s office have been now been informed on the outcome of the NUS investigation.

Jewish News had revealed earlier this year how in a 2012 tweet Dallali had shared an Islamic battle cry historically used when attacking Jews.

She wrote: “Khaybar Khaybar O Jews… Muhammad’s army will return Gaza.” The 27-year-old later apologised for the tweet, saying she is “a different person”.

She also labelled a cleric critical of the Palestinian group Hamas a “dirty Zionist” and posted a video of anti-Israel protesters calling for an intifada.

Dallali had also led a campaign to oppose the IHRA definition of antisemitism at City University, where she was previously student president.

In 2018 Dallali wrote a controversial article in which she praised the Muslim cleric Yusuf al-Qaradawi.

Al-Qaradawi has previously claimed the Holocaust as “divine punishment” for the Jews, whilst falsely claiming that “they exaggerated this issue”.

Dallali recently tweeted her approval of a series screened by the Qatari owned channel Al Jazeera which aired unsubstantiated claims there is a hierarchy of racism in Labour, with antisemitism given preference.

Earlier this month in a tweet she claimed:”All the Arab dictators are laughing at British democracy.”

The Union of Jewish Students (UJS)  had encouraged past and present students to submit accounts of anti-Jewish racism they had faced on campus for use in the probe.

A spokeswoman for the UJS had previously said: “Jewish students have spoken to us and raised their concerns over much of the messaging Dallali has put out on her social media in the past – attacking the Jewish community, attacking UJS, and supporting speakers with extremely challenging views.”

During her probe Tuck, a barrister specialising in employment and discrimination law,  is also understood to have quizzed Dallali over her conduct.

Interviewed by the Guardian Dallali had earlier said she welcomed the independent investigation, saying it was “the right thing to do.”

She added:” I know quite a few Jewish students feel alienated.

But a source told Jewish News, Dallali had “not convinced all” she had moved away from her historic views, as the probe into antisemitism allegations progressed.

The Federation of Student Islamic Societies (Fosis), the national body for Muslim students in Britain, had issued a statement threatening to launch a disaffiliation campaign against the NUS after the suspension of Dallali.

Dallali has also tweeted examples of racist abuse she has received since becoming president.

NUS said Chloe Field, VP of Higher Education will now  step up as acting chair of the NUS UK Board and will focus on helping students through the cost-of-living crisis.

Field said:”I am proud to fight on behalf of all of our students and therefore I am determined to work together with the Union of Jewish Students to re-establish trust in our organisation and tackle some of the biggest issues facing students right now.”