The agreement with the U.S. Education Department was signed after an investigation following a conference hosted by the Middle East Studies program that featured an anti-Semitic Palestinian rapper and anti-Semitic posters in the university library. 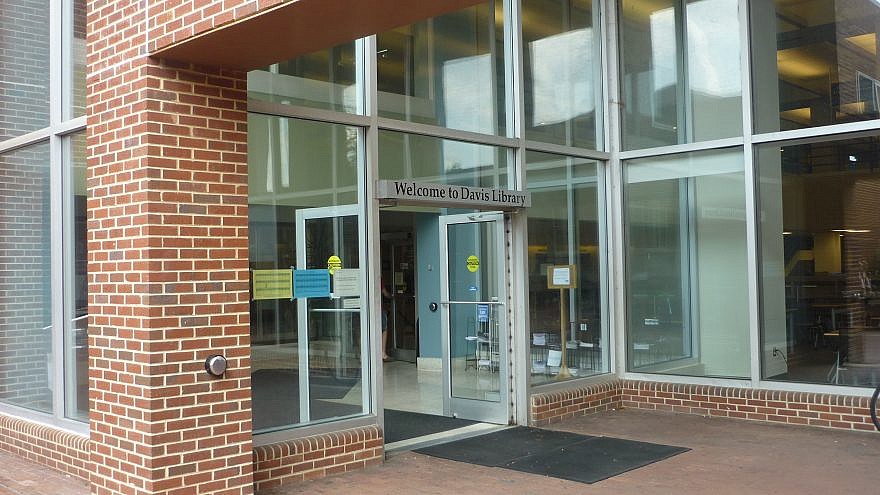 Following an order by the U.S. Department of Education, the University of North Carolina at Chapel Hill announced on Monday its expansion of anti-bias training, as well as its commitment to creating a campus “free from anti-Semitism and all forms of discrimination.”

Earlier this year, the Zionist Organization of America (ZOA) filed a complaint with the Department of Education’s Office of Civil Rights about anti-Semitic posters that were found in the Walter Royal Davis Library and a Middle East Studies conference in March titled “Conflict Over Gaza: People, Politics and Possibilities,” which featured a Palestinian rapper accused of anti-Semitism. Republican Rep. George Holding of North Carolina also called for an investigation following a complaint.

Triggered by the complaint from ZOA, UNC took several crucial steps to address anti-Semitic harassment on the campus under the supervision and monitoring of the U.S. Department of Education’s Office for Civil Rights.

In the agreement between the university and the Office for Civil Rights of the U.S. Department of Education, UNC provided assurance that all actions taken in response to the complaint will be “consistent with the First Amendment of the U.S. Constitution.”

The details of the agreement were sent in a campus-wide email that detailed updates to UNC’s “Policy on Prohibited Discrimination, Harassment and Related Misconduct.”

Changes include a statement to “reiterate its commitment to having an environment free from prohibited harassment, including but not limited to anti-Semitic harassment,” as well as a statement in the discrimination policy that could include a clear definition of anti-Semitism and must include how anti-Semitism can manifest itself at the university.

In the agreement, UNC agreed to host at least one meeting in each of the next school years for students, faculty and staff to discuss any harassment concerns, and promising to “take appropriate steps” to address any issues.

Previously, the Middle East Studies program has been federally investigated after finding that it promoted “positive aspects” of Islam, but not other religions.

The agreement with the U.S. Education Department was signed after an investigation following a conference hosted by the Middle East Studies program that featured an anti-Semitic Palestinian rapper and anti-Semitic posters in the university library.
Skip to toolbar