Harry Potter and the search for fake anti-Semitism

Talk about goblins in the series about magical wizards being stand-ins for Jews or the product of anti-Semitic memes is a distraction from a necessary discussion of real Jew-hatred. 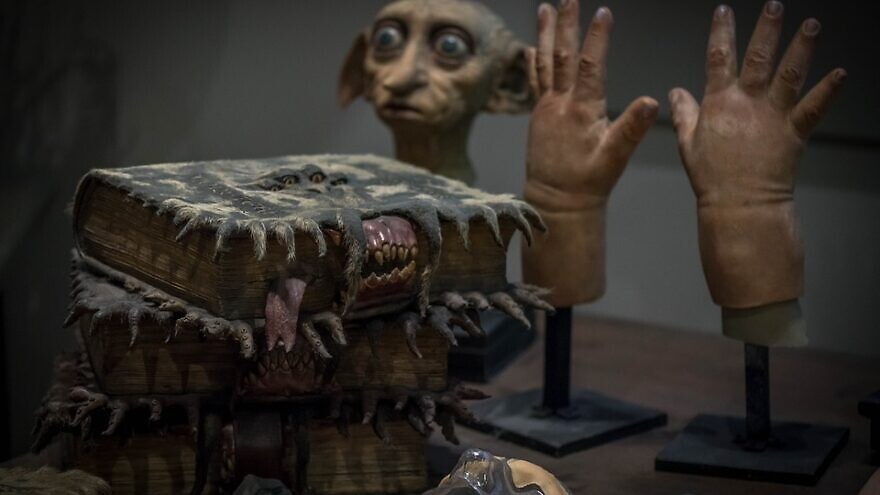 Jon Stewart tells us he was just kidding. The former star of Comedy Central’s “The Daily Show” who now has a popular podcast is involved in entertainment projects as well as supporting various philanthropic causes. His utterances are not as consequential as they were during his 16-year-run as host of a satirical news program that was nonetheless a primary source of information for many people who grew up in an era when broadcast networks programs no longer dominated television journalism. But they still have the power to influence his listeners, if not to always—as they often did during the period when he presided over a show that changed the nature of American political discourse—help shape the national conversation.

So when Stewart, who is Jewish, engaged in a riff on his “The Problem With Jon Stewart” podcast, in which he claimed that some characters in the Harry Potter series of novels and films were anti-Semitic stereotypes of Jews come to life, it was noticed. And it eventually generated a discussion that trended on Twitter. That, in turn, spawned more discussions about anti-Semitic imagery, in addition to online comments about Harry Potter author J.K. Rowling being an anti-Semite.

Stewart is now disavowing any responsibility for the discussion. In a subsequent podcast, he said his previous remarks were just a joke, and that “no reasonable person” would have taken them as a serious accusation of anti-Semitism. He then went on to state that Rowling was not an anti-Semite and should in no way feel obligated to respond to him (she had ignored him) while profanely blasting Newsweek for running an item about his podcast that he claimed took his remarks out of context, though they were, in fact, accurately reported.

That Stewart is now trying to put out the fire he started is a good thing, even though his protestations about being innocent of any intent to smear Rowling are disingenuous.

The whole point of Stewart’s brand of humor has always been to make political and social statements cloaked in satirical humor. Though he has often pretended to be non-partisan and even non-ideological, his goal was always to earn laughs by skewering people, parties and ideas he despised. His monologs and routines were funny; however, the object wasn’t merely humor since he rarely used it to attack liberals or any cause he backed. On the contrary, the show became, under his leadership and continues to this day under his successor Trevor Noah—a daily in-kind contribution to the Democratic Party.

The reason why it is open season on Rowling is not exactly a mystery.

She has essentially been canceled (or as canceled as a billionaire can be) for offending current woke orthodoxy about transgender nomenclature. While professing support and love for those who assert their identity as transgender, Rowling nonetheless insisted that using the term “people who menstruate” rather than “women” because it offended some was itself an offensive insult to an entire gender.

For asserting that sex and gender matters, she was roundly denounced as a bigot and transphobe, and disavowed by most of the entertainment and publishing worlds, including the young actors who became wealthy international stars due to their being cast as the Harry Potter characters she had created. Indeed, she was conspicuous by her absence from a new HBO Max special commemorating the 20th anniversary of the film series except in dated clips.

The willingness of so many to take up this topic is interesting, if for no other reason than it shows how easily the discussion of Jew-hatred can be detached from the intent of those using phrases or images as well as from any informed understanding of their origin.

Stewart is right that short-statured creatures with exaggerated features like big noses is a staple of anti-Semitic propaganda, such as the cartoons in the Nazi propaganda outlet Der Stürmer and other such rags.

Part of the reason why small and deformed creatures are connected to anti-Semitism is because of the elf-like Nibelungen in Richard Wagner’s epic four-part opera “Ring of the Nibelungen.” Wagner was a notorious anti-Semite, so it was natural for many to assume that the two Nibelungen characters in the operas—both evil—were stand-ins for Jews, though the Nibelungen as a whole are victims rather than all villains.

Yet Wagner was merely drawing from a medieval poem that dated back to the 12th century, which itself stems from pagan tales that were, in one form or another, shared by both the ancient Germanic as well as Norse peoples. So whatever Wagner might have meant, to claim that all such fictional creations are inherently anti-Semitic is a stretch. Indeed, goblins or elves or other small-statured beings—with or without magical powers or some connection to deities or the underworld—have been part of the lore of many different cultures, including some that had no knowledge or connection with Jews.

Which means that it is not only possible to enjoy Harry Potter without thinking of anti-Semitism, it’s also probably sensible to do so. Jews are, after all, actual humans, not goblins. The notion that any such mythical race instead refers to Jews is irresistible to some but still nonsense. For example, there were some, including the editors at the far left-wing Jewish Currents magazine, who were ready to claim that the Jawas of the “Star Wars” films—small, hooded nomadic creatures with sickly yellow eyes who buy and trade commodities—were anti-Semitic stereotypes when the movie series first came out in 1977.

What any such conversation usually misses is that by seeking to tag such fantasies, which almost all have some sort of equivalent to Rowling’s goblins, as a product of hate, we are usually ignoring actual anti-Semitism—both the kind that uses ugly caricatures of Jews and that demonizes them in other ways.

Leftist Jewish cartoonist Eli Valley deliberately employs traditional Der Sturmer-style caricatures of Jews in his panels in which he accuses Israel of blood libels and depicts its supporters in much the same way the Nazis sought to delegitimize the Jewish people and Zionism. He uses his Jewish origins as a defense for being called out for his despicable images drenched in hate.

On the other hand, it is no small irony given Stewart’s pose as an arbiter of what is and isn’t anti-Semitic that Rep. Ilhan Omar (D-Minn.)—one of the nation’s most prominent and dangerous anti-Semites—has been mainstreamed by Noah on “The Daily Show” with multiple fawning interviews, as well as on the CBS late-night comedy show hosted by Stephen Colbert, who got his start in the cast of Stewart’s show.

It’s also an interesting coincidence that in the same week that Stewart’s comments about Rowling went viral, Emma Watson (the actress that portrayed a Potter heroine, Hermione Granger in the films) allowed her Instagram account to be used to promote the “Free Palestine” slogan that is synonymous with the extinction of the one Jewish state on the planet.

That’s a reminder that at a time when a rising tide of anti-Semitism is spreading around the globe—rooted in hatred of Israel—talking about the goblins in Harry Potter isn’t merely a waste of time. It’s a way of ignoring the fact that the Jew-haters aren’t always the ones who create fantasies with small creatures. Sometimes, it’s the fashionable and beautiful people following hateful woke trends that demonize the real, living Jewish people that we should be worried about.

Jonathan S. Tobin is the editor in chief of JNS (Jewish News Syndicate). Follow him on Twitter at: @jonathans_tobin.

Harry Potter and the search for fake anti-Semitism

Talk about goblins in the series about magical wizards being stand-ins for Jews or the product of anti-Semitic memes is a distraction from a necessary discussion of real Jew-hatred.