On September 8, The Nation announced the hiring of Mohammed El-Kurd as its first-ever “Palestine Correspondent.” El-Kurd, a student at the City University of New York’s Brooklyn College, said he would be writing about “Palestinian resistance… 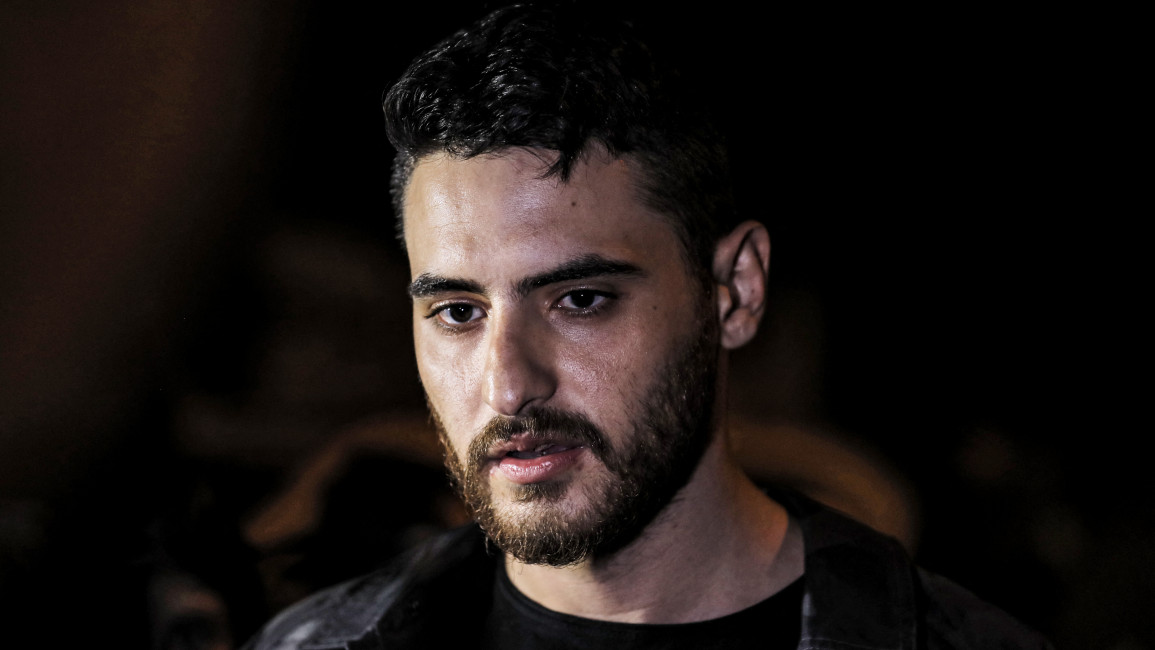 On September 8, The Nation announced the hiring of Mohammed El-Kurd as its first-ever “Palestine Correspondent.” El-Kurd, a student at the City University of New York’s Brooklyn College, said he would be writing about “Palestinian resistance without burrowing in the sand,” using language that is “loyal to the Palestinian street.”

El-Kurd will publish his first essay about the Arab-Israeli conflict in the coming days, introducing the magazine’s million followers to his radical viewpoints, as HonestReporting detailed in July.

Indeed, for those who have followed the writer since he gained notoriety by protesting against Jews seeking to reclaim ownership of properties in the eastern part of Jerusalem that were confiscated from them between 1948 and 1967 when Jordan occupied the holy city, El-Kurd’s skewed interpretation of “journalism” is crystal clear.

In fact, El-Kurd’s Twitter feed demonstrated what The Nation’s latest addition defines as “Palestinian resistance;” that is, the murder of Jewish Israelis. Just two days before his hiring was announced, he rejoiced as six Palestinian terrorists broke out of Israel’s maximum-security Gilboa Prison.

“I am going to bed with a smile on my face and dreaming of the day all prisons are abolished,” El-Kurd tweeted, calling the incident “excellent.”

6 Palestinian political prisoners managed to escape a high-security Israeli jail this morning. I am going to bed with a smile on my face and dreaming of the day all prisons are abolished. ❤️

For the record, all six escapees were members of US-designated terror groups. Most were serving life sentences for their roles in attacks on innocent Israeli civilians. Islamic Jihad member Ayham Kamamji, for instance, was convicted of kidnapping and murdering teenager Eliyahu Asheri.

Zakaria Zubeidi in 2002 planned an Al-Aqsa Martyrs’ Brigades attack on a polling station that killed six Israelis and was awaiting trial for his role in several other terrorist acts.

Nevertheless, El-Kurd called the recapture over the weekend of four of the terrorists a “heartbreaking development.”

Moreover, The Nation’s new correspondent regularly downplays war crimes by Hamas, another US-designated terrorist organization. El-Kurd has incited violence and glorified terrorism, recently stating that he mourns “all of our [Palestinian] martyrs.” He previously lauded Popular Front for the Liberation of Palestine member and two-time airplane hijacker Leila Khaled.

Another post in which Mohammed El Kurd praises Leila Khaled, a Palestinian terrorist responsible for two hijackings of civilian planes. Can someone explain to me why @MSNBC and others are giving explicit terror supporter El-Kurd as a platform to lie?
H/t @Israellycool pic.twitter.com/U0axYcQIcC

El Kurd’s support for Palestinian terrorists dovetails with his long history of shockingly antisemitic remarks. For instance, El-Kurd in May called the Israel Defense Forces “sadistic & bloodthirsty,” a slanderous charge reminiscent of medieval blood libels. Similarly, he shared an Instagram post that promoted claims that the Jewish state deliberately kills Palestinians to harvest their organs.

He has furthermore said that Israel “kills,” “blows up,” “burns” and “tortures” Palestinian children in order to “instill terror” in them (see here, here, here and here). The so-called correspondent has gone so far as to describe Israel as a “child killing entity” — an overt example of Jew-hatred according to the widely adopted IHRA definition.

In an equally repulsive Twitter post, El-Kurd claimed — without proof — that “Holocaust survivors” threw Molotov cocktails at his home. He also accused a Hong Kong-based Jewish author of “ethnically cleansing” and “Kristallnachting” Palestinians, the latter being a reference to the Nazi-initiated pogrom in Germany in 1938 that various historians mark as the beginning of the genocide of some six million Jews.

In a similar vein, El-Kurd in June praised the “eloquence” of black nationalist Kwame Ture, who in 1970 called Adolf Hitler a “genius” and the “greatest white man” in history.

In Ture’s words, “The only good Zionist is a dead Zionist.”

El-Kurd in July retweeted a video in which Ture accused Zionists of being “followers of the Satan.”

While El-Kurd’s claim to fame is that he “reports” on events in Jerusalem, he all-too-often simply disseminates lies. On May 10, for example, El-Kurd posted a video to Twitter that he claimed proved Israelis were “readying themselves” to “invade” the Al-Aqsa Mosque. In reality, the clip showed Jews praying at the Western Wall.

El-Kurd conjured up a bogus story about a stabbing attack by Israeli “settlers.”

One needn’t be a journalist to reach the conclusion that El-Kurd’s history of spreading fake news, antisemitism and inciting violence should disqualify him from informing The Nation’s readership on the Arab-Israeli conflict.

That said, The Nation is known for its anti-Israel bias. In the last few months alone, it charged Israel with “colonialism,” “official racism” and “mass expulsions.” Moreover, the magazine has repeatedly peddled false accusations that Israel practices “apartheid” (see here, here and here), and gave a platform to the mother of a confirmed Palestinian terrorist to suggest her son was innocent.

With the hiring of El-Kurd, though, The Nation has plunged to new depths in its ongoing campaign to tarnish the Jewish state.

HonestReporting is urging its readers to contact The Nation to demand that it reconsider its decision to employ a supporter of US-designated terror groups. Rose D’Amora, The Nation’s managing editor, can be reached by emailing rose@thenation.com or tweeting to @rosedamora.

In May, following a rise in antisemitism across the United States, Brooklyn College emphasized its “solidarity with members of the Jewish community,” saying that “acts of violence and injustice against one group are acts against us all.” Complaints of antisemitic abuse by El-Kurd may be reported to the Office of Diversity and Equity Programs using this online form.

On September 8, The Nation announced the hiring of Mohammed El-Kurd as its first-ever “Palestine Correspondent.” El-Kurd, a student at the City University of New York’s Brooklyn College, said he would be writing about “Palestinian resistance…