In an age of skyrocketing antisemitism, university programs meant to combat prejudice and hate have become the latest Jew-free zone 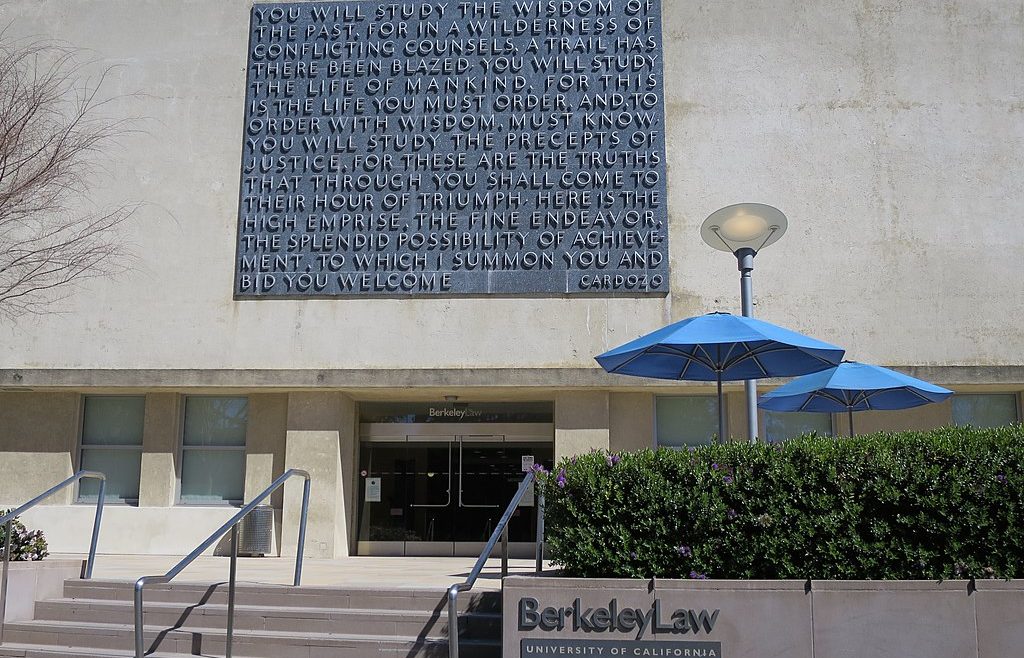 aking the world safe for Jews in an age of skyrocketing antisemitism isn’t something American universities tend to believe they need to stand for. In a review of 24 major college and university diversity, equity and inclusion (DEI) initiatives, the advocacy group Stop Antisemitism found that only two of them had any specific programming or materials related to antisemitism. “DEI departments have not made fighting antisemitism a priority,” the group concludes in its 2022 “report card” of American campuses.

DEI itself is definitely a priority on campuses, though. Among the 65 large universities that comprise the “power-five” athletic conferences there are nearly 3,000 employees dedicated to DEI, according to a July 2021 analysis by the Heritage Foundation. Collectively, these institutions had 1.4 DEI officers for every history professor, and 3.4 DEI officials for every 100 tenured or tenure-track scholars in their employ.

As the report notes, these institutions have no legal obligation whatsoever to hire thousands of diversity bureaucrats—which is not the case, for example, with staff dedicated to providing federally required aid to disabled students. Even so, of the 65 universities surveyed, only Baylor University and the University of Minnesota employed more Americans with Disabilities Act compliance officers than DEI personnel. A pricey, often-invasive DEI regime is something these universities chose to expand in the wake of the nationwide racial justice protests in 2020, at the expense of providing adequate support for adjunct faculty, limiting class size, and other lesser budgetary priorities. Mistaken or not, DEI is an expression of academia’s deepest sense of its mission during a time of rapid social dislocation.

The reason that taxpayers should care about how American higher ed chooses to deploy its resources is that we are paying for it. On top of the enormous cost of America’s publicly funded higher education system, President Joe Biden’s executive decree of limited debt relief for certain student loan borrowers will cost the government upwards of an additional $400 billion, according to a late September analysis from the Congressional Budget Office. In practice, this is an eye-watering taxpayer subsidy for a system that has transformed itself over the past three decades into a vast federally funded cartel that has shunted aside traditional academic occupations of teaching and research in favor of bureaucratic thought-policing and ideological indoctrination. It is a mark of the failure of this system to provide the educational goods that taxpayers think they’re paying for that its graduates now require emergency federal assistance years or even decades after graduating.

Even when it comes to combatting prejudice and hate, the new academic DEI bureaucracies are quick to discard discernible social reality when it does not match up with their ideological aims and goals. It is to be expected that acts of antisemitism are common at American universities because they are so frighteningly common in the United States in general. The Anti-Defamation League’s annual nationwide audit of antisemitic incidents for 2021 reported an all-time record since the audit was first conducted in 1979. Incidents increased 34% overall year over year, with assaults spiking 167%, and harassment rising 41%. Sure enough, antisemitic incidents on college campuses rose by 21%.

It would be reasonable to expect campus-based initiatives aimed at addressing institutional racism to focus on any apparent overlap between the prejudices of the wider society and those that manifest within the supposedly more enlightened, diversity-obsessed confines of America’s universities. The overlap is there for anyone to see. Universities that consider themselves a beacon of social tolerance are becoming anxious places for Jews. Over the past 18 months, a Torah scroll was desecrated during a break-in at a George Washington University Jewish fraternity, neo-Nazis beat up a Jewish student at the University of Central Florida, a participant in a Students for Justice in Palestine rally hurled rocks toward counterprotesters outside the University of Illinois Hillel, and the AEPi house at Rutgers was egged on Holocaust Remembrance Day for the second year in a row. Sexual assault survivors’ groups at both the University of Vermont and SUNY New Paltz banned Jews insufficiently hostile to Israel; a series of anti-Jewish threats, vandalism, and harassment seized Indiana University and the University of Wisconsin; and “long live the Intifada” was spray-painted in the middle of Boston University’s campus.

Two instances of insensitivity toward Jews had a direct relationship with campus DEI initiatives. At Yale University, a diversity trainer the Yale Law Journal had brought to campus told her audience that the FBI inflated antisemitism statistics. When asked why her presentation hadn’t mentioned antisemitism, she replied that she didn’t need to discuss it, since at least some Black people were also Jewish. At USC, a student and former DEI officer serving on the engineering school’s student senate posted a series of antisemitic social media messages in Arabic, including one stating that she “want[s] to kill every motherfucking Zionist.” Apparently, those who teach academia how to fight hatred are themselves quite comfortable hating Jews.

Incidents from the ongoing academic year, still only a few weeks old, show that the problem is no closer to being solved on campus than it is anywhere else. The Rutgers AEPi house was egged yet again, this time on Rosh Hashanah. A remarkably diverse coalition of student groups at the University of California law school at Berkeley, including the Women of Berkeley Law, Law Students of African Descent, and the Queer Caucus, updated their bylaws to ban the invitation of any speaker supportive of “Zionism, the apartheid state of Israel, and the occupation of Palestine.” This would bar 85% or so of American Jews from speaking at these groups’ events, including Berkeley Law’s own dean, the distinguished legal scholar Erwin Chemerinsky. UC Berkeley’s Law Students for Justice in Palestine (LSJP) reportedly wrote and promoted the bylaw, which states that all of the groups adopting the new rule have committed to participating in a DEI-type training, in this case a “‘Palestine 101’ training hosted by LSJP ‘to create a safe and inclusive space for Palestinian students,’” according to the Jewish Journal.

Acts of antisemitism have been given a unique status by DEI bureaucrats and the milieu in which they are embedded, in that they are apparently defined as having no broader “structural” implication beyond the individual people and communities who are attacked. Whereas racist flyers or epithets are held to automatically reflect centuries of legal discrimination and violence, the structural origins of antisemitism in the history of the West are ignored entirely. The incredible violence directed at Jews throughout the history of the West, culminating in the Holocaust, which is an event that happened in the lifetime of people still living on this earth; the mass ethnic cleansing of Jews from Arab countries; the overt, vile, legalized discrimination against American Jews in housing, education, private associations, and numerous other areas of American social life have all been amply documented by historians, Jewish and not, at every level of craft. If anyone has suffered from discrimination, violence, and social prejudice, across the broad expanse of Western history, surely Jews have.

Yet in New York City today, frequent physical attacks on Jews are treated as fairly normal and are very seldom punished with prison time. On a national level, a recent White House summit on hate crimes “overwhelmingly focused on right-wing extremism, with only scant allusion to the attacks Jews have faced from other sectors in recent years, including the pro-Palestinian left,” according to reporter Ron Kampeas of the JTA, who noted that the meeting generated controversy over an alleged lack of Orthodox Jewish representation, as well as over the involvement of Al Sharpton, who has a long history of antagonism toward Jewish communities in his native New York. The event did not include any reported participants from the Haredi community, who are by far the most common victims of antisemitic violence in the United States.

In practical terms, a reversal of DEI regimes’ determined obliviousness toward Jew-hatred probably wouldn’t help much. New York University is one of the only institutions that Stop Antisemitism surveyed to include Jews in its DEI efforts; it is also one of three universities in the report to have received formal federal-level complaints from a Jewish student under Title VI of the Civil Rights Act. The Heritage study examined student surveys on the state of campus life at schools with DEI bureaucracies of varying size and found that “there appears to be little relationship between DEI staffing and the diversity climate on campus.” In an April 2021 story, Tablet’s Sean Cooper reported that despite their newfound ubiquity and high cost, there is shockingly little proof that DEI programs result in more tolerant workplaces and college campuses or reduce racism.

The DEI regime is often framed as a brave and honest reckoning with structural racism, educational inequity, individual bigotry, and other abiding sources of establishment shame. In fact, the purpose of DEI, and perhaps of the ideological and quasi-spiritual project underlying DEI, is to delay or deflect hard conversations about how universities operate, or any awkwardly critical assessments of the value of the education they provide, or the kinds of spaces and citizens they now produce. If it had any other purpose but creating a false edifice of reassurance and moral rectitude, campus DEI would have a lot to say about the higher education system’s continuing role as a locus of American antisemitism, rather than nothing at all.

Campus DEI regimes’ total lack of interest in antisemitism makes it obvious that Jews are not seen as part of the social justice mission of the university. Then again, much of the organizational architecture and bureaucracy of the contemporary university, from the stringency of the admissions process, to the emphasis on “diversity” itself, originated with the institutions’ attempts to keep Jews out, as Tablet has been recounting in Gatecrashers, a podcast exploring the history of antisemitism within the Ivy League.

One key difference between now and the 1920s, when the last largescale movement to exclude Jews from American campus life happened, is that Jews now lead and hold prestigious tenured chairs at major American universities, which host entire academic departments devoted to Jewish life and learning. That thousands of Jewish faculty and administrators, as individuals and as scholars, have allowed this resurgence of academic scapegoating and exclusion of Jews from campus life to happen with only occassional bursts of dissent is striking, at least to anyone who doesn’t spend their life on campus.

The institutional world’s hesitation to examine or even acknowledge its antisemitism problem points to a larger academywide fear of confronting institutional sins of the type that have little to do with Harvard’s or Yale’s involvement in the slave trade 200 years ago. Today’s universities are content with being unaffordable behemoths and lifestyle brands for the same reason they remain uninterested in the antisemitism they have historically practiced and indulged. The academy’s flaws, and the literal and figurative costs they arrogantly impose on the rest of American society, fall outside the purview of institutions that are rushing to add thousands of administrators who are supposedly dedicated to making the world a more tolerant and equitable place. In truth, the goal of these universities in a moment of disorienting and unpredictable social and political change is to protect their cartel from the scrutiny it has earned through its glaring inability to productively educate millions of students, and its determination to saddle ordinary taxpayers with the cost of its failures.

In an age of skyrocketing antisemitism, university programs meant to combat prejudice and hate have become the latest Jew-free zone